SCHOOLCRAFT — Accompanied by fire trucks and greeted by friends and families, the Schoolcraft boys basketball team arrived back in town last month on a state basketball championship high.

But several athletes did not have much time to celebrate.

Eight of those players are also on the Eagles baseball team, and coach Scott Muffley found his guys a bit behind schedule to start the season.

“I’m very excited for them, but one thing (the extended basketball season) did for us, we’re trying to build our pitch counts up with our pitchers and if we didn’t throw a lot during the wintertime, we’re kinda behind schedule,” he said.

“It does affect what we do on the mound and getting guys the number of reps.”

Two of those hoopsters, Luke Housler and first-team all-stater Tyler DeGroote, are the only seniors on a young baseball squad. Another, Eli DeVisser, is one of only two juniors, with Austin Jones.

“I’ve got some freshmen. I’ve got many, many, many sophomores, like two juniors and two seniors,” Muffley said.

On the plus side, “I’ve got a great group of guys, and they brought the love of the game back for me again.”

DeGroote, Housler and DeVisser were also on the baseball team that made the Division 3 Regional Finals last year in spite of starting the postseason with a losing record. The Eagles lost 4-0 to Pewamo-Westphalia in their Regional Final.

All three athletes said they hope to use that experience plus the hoops success to take the baseball team even farther.

With the Michigan weather impacting the schedule, the Eagles have played just four games so far, posting a 2-2 record after a Monday defeat at Paw Paw. 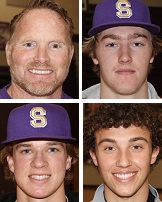 “We know how tight-knit the (basketball) team was,” Housler said. “There was a camaraderie with the team.

“I’m hoping to carry that team chemistry over (to baseball) with the eight guys from the basketball team. That’s what it takes to win a championship.”

Switching from the fast-paced basketball competition to baseball was not difficult, Housler said.

“Basketball is fast-paced, but I played baseball my whole life,” he said. “There’s a picture on the wall at my house of me holding a baseball when I was 2 years old.”

DeGroote said that even though a few of the eight did not see minutes in the championship basketball game, they still should help the baseball team based on their hoops experience.

Schoolcraft’s basketball run concluded with a 55-39 win over 2021 Division 3 champion Flint Beecher in the Semifinal, followed by a 59-49 victory over Menominee in the title game at Breslin Center.

“That’s really what helps you go on, the kids who are willing to be there every day, even though they may not get any playing time.”

Muffley, who has coached for more than 20 years, skippered the Three Rivers baseball team before stepping down to spend time with his family.

He was also an MHSAA official and received a 20-year award three years ago, officiating football, baseball, basketball and softball.

His son, Jordyn Muffley, played in the minor leagues with the Tampa Bay Rays organization, and daughter Josie Muffley is the starting shortstop at Florida State. Both played at Portage Central.

“I stopped coaching for about five years to watch my kids grow,” he said. “That’s when I did a lot of officiating.”

Looking at this year’s team, Scott Muffley will rely heavily on returnees DeGroote, Housler and DeVisser to lead the team. 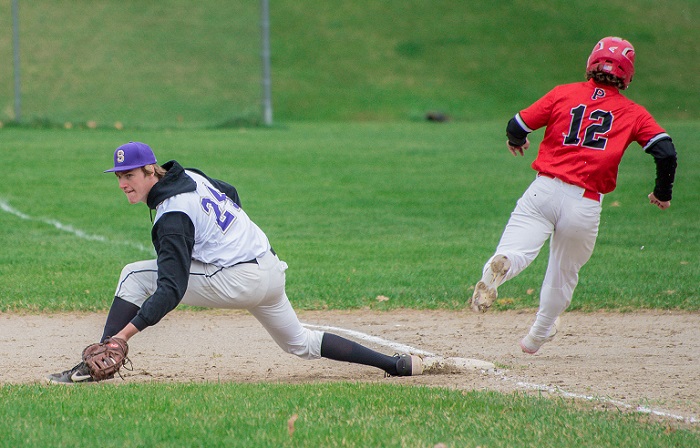 “All three are starters with the experience from the basketball team and winning a state championship,” Muffley said. “Eli was a sophomore last year and was one of the main contributors as far as batting average.”

DeVisser, a shortstop, agreed winning the basketball championship will help this spring.

“We know what it feels like to make it far into a tournament, so it gives us confidence,” he said. “It helps us once we get further into our season; it helps us play better because we don’t get as nervous because we made it far.”

Housler, who plays second base, is headed next to University of Tennessee, but not as an athlete.

“I just want to be a student,” he said. “It’s going to be weird without sports, but I’m excited. I’m ready to get out of state and go to a warmer area and experience a different culture.”

“I’m really looking forward to what Luke’s going to do for us as a leader on the team.”

DeGroote, who pitches and plays first base, plans to play basketball and baseball at Division II Rockhurst University in Kansas City, Mo.

“Tyler brings a lot of leadership to the team, and he has a lot of athletic ability as well,” Muffley said.

The other five players making the transition from basketball to baseball are all sophomores: Bennett Ellison, Fischer Holmes, Colin Hotrum, Thomas Rutkoskie and Jaden VanderWiere.