Ann Arbor Greenhills’ Meg Seng is one of eight high school athletic directors who have been selected to receive a 2021 Citation from the National Federation of State High School Associations (NFHS) on Dec. 13, as part of the 52nd National Athletic Directors Conference in Denver sponsored by the NFHS and National Interscholastic Athletic Administrators Association (NIAAA).

The Citation is one of the NFHS’ highest honors and recognizes recipients for their contributions to educational athletics at the local, state and national levels. State associations nominate candidates, who are then approved by the NFHS Board of Directors. 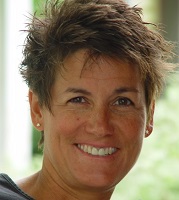 Seng is in her 37th year of service to schools and athletes, and has served as Greenhills athletic director since 2003 after previously teaching and/or coaching there and Ann Arbor Huron. She has received the MHSAA’s Women In Sports Leadership Award and Allen W. Bush Award, as well as the Jack Johnson Dedicated Service Award from the Michigan Interscholastic Athletic Administrators Association (MIAAA). She was named state Athletic Director of the Year by the Michigan High School Coaches Association (MHSCA) last month and will receive the same recognition from the MIAAA in March.

Seng has served on 12 MHSAA committees focused on various topics including specific sports, classification and athletic equity. She also has served on committees as part of the MIAAA’s Leadership Academy faculty and NIAAA’s certification committee, and served as the MIAAA’s Executive Board president in 2013-14. In 2001, Seng co-founded The Academy of Sports Leadership, a non-profit organization that provides education and training for women interested in becoming coaches.

A 1977 graduate of Maine South High School in Park Ridge, Ill., Seng was a scholarship athlete at Indiana University playing both volleyball and softball. She began coaching at the college level after her playing days with the Hoosiers were done, serving first as a graduate assistant softball coach at Louisiana Tech University in 1983-84 while studying for her master’s degree, and then as a softball assistant at Illinois State University for 1984-85.

Seng took over the Ann Arbor Huron volleyball program in 1985, and over 12 seasons stretching two tenures led her team to five league titles and a District championship in 1993. She also served as Huron's co-head varsity softball coach from 1986-90. She completed her teacher certification at Eastern Michigan University in 1990 and began teaching at Greenhills that year, later coaching that school’s volleyball varsity team from 1993-2000 and leading the Gryphons to a District title in 1997.