Rocco Comito could see signs of good things to come during his freshman season on the Marine City Cardinal Mooney baseball team.

He just didn’t know how good.

“I didn’t see this at all,” said Comito, now a senior. “I thought we were going to be good eventually, but not where we’re at now.”

Comito and his teammates won the school’s first Regional title since 1997 during the 2019 season, and after the 2020 season was cancelled, they’ve come back looking for more. Mooney is the preseason No. 2 team in the Michigan High School Baseball Coaches Association Division 4 rankings, and has started 5-1.

“Honestly, it feels amazing,” said Comito, who was an all-state selection at catcher in 2019. “Just to be part of it all.”

Comito and classmates Anthony DiGiuseppe and Tommy Gill, who are the lone seniors on this year’s team, did have some success immediately, as Mooney won a District title in 2018. That was the school’s first since 2010, though, and when Mike Rice had taken over the program before the 2017 season, the Cardinals were struggling to put enough players on the field let alone make any type of postseason run.

Eight players came to Rice’s first tryout, forcing him to find athletes roaming the small Catholic school’s hallways to fill out a roster.

“It was an eye opener,” said Rice, a 1994 graduate of Harper Woods Notre Dame, who himself played in the Detroit Catholic League. “Personally, for me, I love the teaching part. A kid came up to me and said, ‘How do I bunt?’ in the first practice. I didn’t get mad; I actually liked it. I like teaching baseball.” 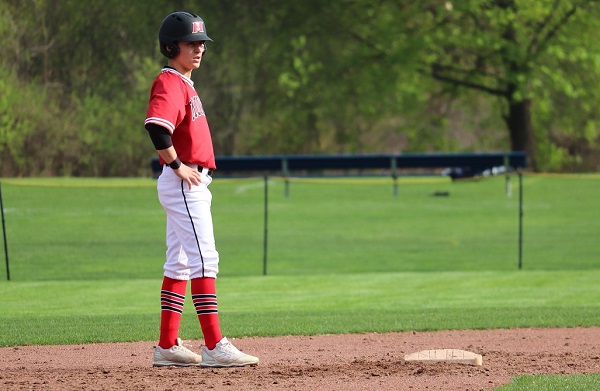 Now, Rice has no trouble filling the roster. This season’s tryout featured 36 players, and for the second consecutive season, Mooney has been able to field a junior varsity team.

“I’m so proud of it,” Rice said. “I moved them into the upper division in the JV this year. We have a good coach there that kind of treats it as a developmental, minor league program. It’s just about getting better. That way, they’re ready when they come up.

“It’s a quote-unquote program now. Coach (Michael) Hunt runs his practices the same way I run mine. When they come up to my team, it’s the exact same thing.”

As the program has grown, so has the depth of talent on the roster. Rice said this year’s team is the deepest he’s had.

“I have about eight pitchers now on this team,” he said. “We’re fully loaded up as far as position players go. We’re a more complete team from top to bottom, including the bench. We have, in my opinion, four top-notch starting pitchers, not including relievers.”

Gill struck out 22 batters over his first two starts of the season and carried a no-hitter through 6 2/3 innings of the opener against Lutheran Northwest. Nathan Super no-hit Waterford Our Lady of the Lakes on Mooney’s second day of action, and Blake Lutzky struck out six over 2 1/3 innings in his first appearance.

The Cardinals have also shown off their depth in the lineup, with everyone from leadoff hitter DiGiuseppe – who is 5-for-5 at the plate to start the year – to junior Nick Garcia – a home run from the nine hole – getting in on the act. Comito has a pair of hits in each of the Cardinals’ past two games, while sophomore Trent Rice (six hits), junior Tom Rice (five RBIs) and sophomore Ryan Trombley (five RBI) also have had strong starts to the year.

“We have a super strong team of athletic guys this year,” DiGiuseppe said. “We have the most athletes on this team than all the other teams I’ve been on at Mooney. Everybody knows their role, and it’s cool to have those guys on the bench we know can come in and do their job.” 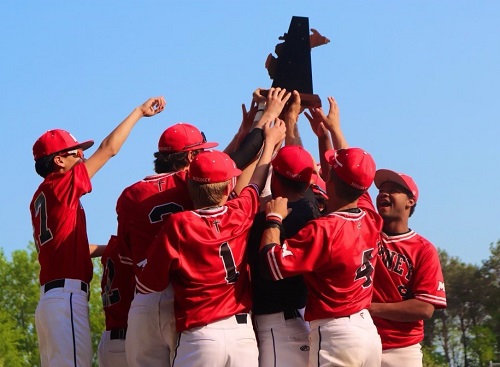 Gill added that the depth of the team gives the players confidence each time they step onto the field.

“I think confidence is key,” Gill said. “If you’re confident, you can almost beat anyone.”

Mike Rice said the growth of the program is all about the players on the field. Gill, though, said his coach should be taking a lot more of the credit.

“He’s a great coach,’ Gill said. “His attention to detail is very, very good. It helps us all get better. He’ll see a little thing that’s wrong and corrects it, something that most people wouldn’t notice. He sees the really fine details that make you a great player.”

The recent success of the program has also caused a growth in confidence among the players. The 2019 Regional title was the second in school history, and their Super Regional defeat came against eventual Division 4 champion Petersburg Summerfield, which gave the Cardinals an up-close and personal look at what an MHSAA championship team looks like.

The success also makes the Cardinals believe that their lofty ranking is justified, and rather than ignoring it, they’re embracing it.

“It’s different, but we love it,” Rice said. “Our kids have a good confidence, but not an arrogance. I want the target. I want these kids to understand that all of us worked our butts off to get here. People say rankings don’t mean anything, but for me, I think they do. I think it’s helped build a little bit of confidence. The expectations are definitely different. It feels different, and I think it’s helped the boys say that, ‘Hey, we’re not this small school in Marine City that nobody knows.’”

PHOTOS: (Top) Marine City Cardinal Mooney pitcher Tommy Gill makes his move toward the plate during a game this spring. (Middle) Anthony DiGiuseppe gets his lead off second base during a 2019 game. (Below) The 2019 team celebrates its Regional championship. (Photos courtesy of the Cardinal Mooney baseball program.)