EAST LANSING – Within three days of each other last April, members of the Flint Beecher High School basketball family lost loved ones to COVID-19.

One was the father of head coach Mike Williams.

While winning a sixth Division 3 championship Saturday won’t take the sting out of their losses, the Bucs (15-1) moved one step closer to another title with a 47-34 Semifinal victory over Hanover-Horton (20-2) on Thursday at the Breslin Center.

“I lost big time a year ago on the (April) 13th,’’ said Williams. “This has been a long road. This week is special to me because of things that probably don’t need to be said. This season for me has been about the journey, not necessarily the championship. It has been about showing strength for my family, for our families and our community and the people that have lost during this pandemic.’’

A stingy defense and an offense led by senior Keyon Menifield Jr. and Carmelo Harris paced the Bucs. Both scored 15 points for the winners. 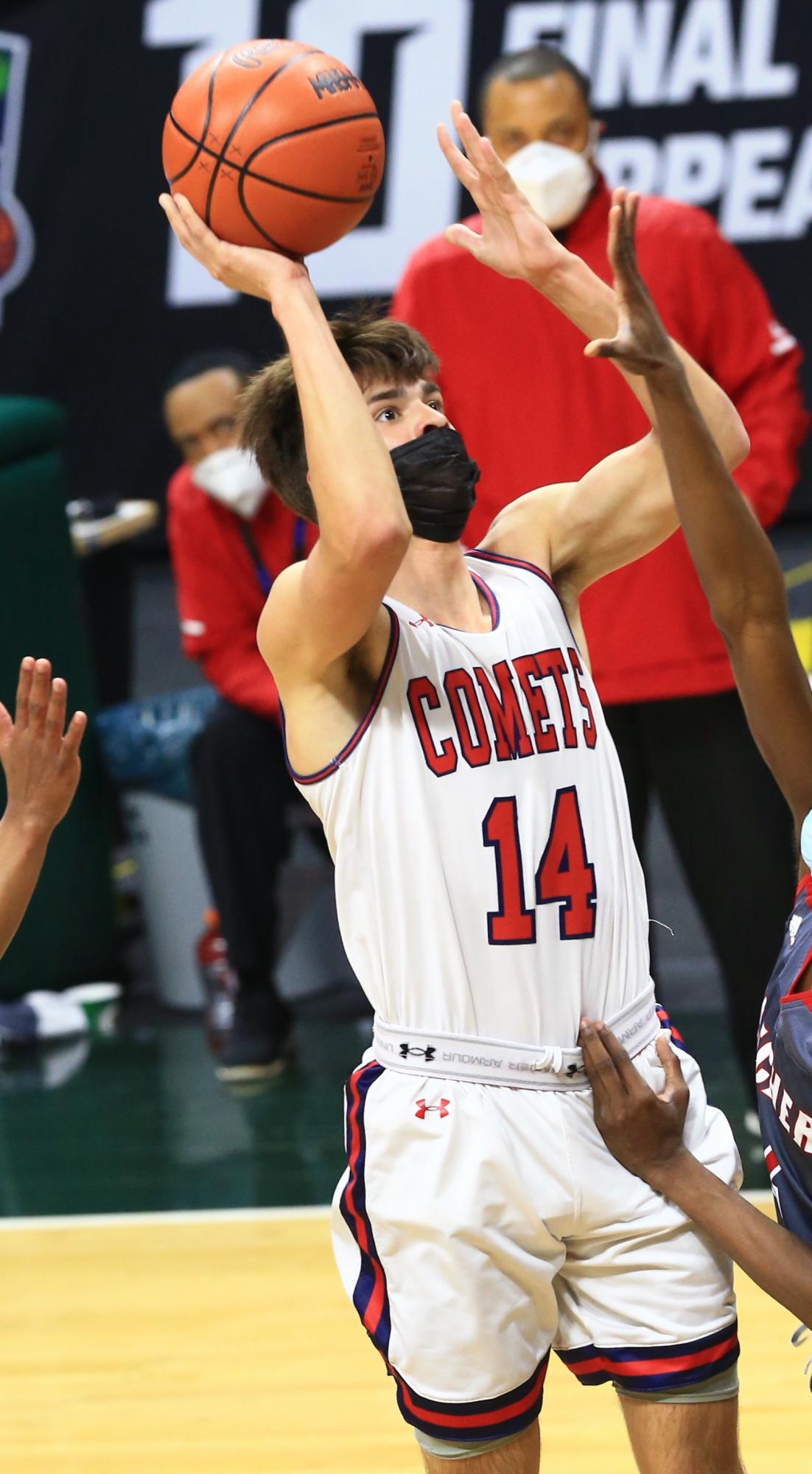 “Nobody expected us to be here, so we exceeded expectations,’’ said Conner.

Trailing by 13 to start the third quarter, Hanover-Horton went to a zone defense and trimmed the deficit to 25-17 on a three-point play by Carson Sanders.

Beecher had issues with the zone and watched the lead dwindle. The Bucs were held scoreless to start the second half until a floater by Menifield with 2:33 left in the third got them on the board.

“We just had to be patient and figure out how to attack their zone,’’ said Menifield.

A layup just before the buzzer by James Cummings II gave Beecher a 32-20 lead with eight minutes to play and the Comets still shooting under 30 percent from the field.

With the lead, the Bucs were content to run clock and play keep-away. When the Comets were forced to go back to a man-to-man defense, the Beecher offense went into high gear again, opening up a 40-26 lead on a lay-in by Harris.

Williams, who is in his 17th season at the helm, clearly had his team ready for the challenge as the Bucs’ speed and quickness started to assert itself in the second quarter.

Beecher led 12-8 after one but scored the first nine points of the second quarter to opened up a 21-8 lead on a lay-in by Taylin Muldrew.

The Comets finally ended their drought on a basket by Brockie.

Undaunted, the Bucs scored the next four points to increase the lead to 25-10 as the Comets had trouble penetrating the quick man-to-man defense.

Menifield led all scorers at the half with 11 points as Beecher was ahead 25-12.

Beecher shot 42.3 percent from the floor in the first half and held the Comets to 24 percent and scoreless from 3-point range.