Gary Fralick considers himself one of the fortunate ones.

Fralick, 66, is in his 32nd season as a head boys basketball coach. He retired from his teaching position in 2013. He started coaching at Redford Thurston in 1979, went to Royal Oak Kimball in 1984 and is in 23rd season as the head coach at Troy.

Fralick might be lucky, but he is unquestionably rare. Fralick is believed to be one of three coaches in the Macomb/Oakland/Wayne area who has coached for more than 30 seasons.

There’s Dan Fife at Clarkston and Kevin Voss of Clinton Township Chippewa Valley, both of whom in their 35th seasons, all at the same school.

Another, Greg Esler at Warren DeLaSalle, is in his 30th season. He was the head coach at St. Clair Shores Lake Shore for seven seasons before going to DeLaSalle in 1994.

It certainly appears so. Coaching longevity has taken on a different meaning recently. Twenty seems like a lot in these times, and in reality it is a long time. Twenty years or so ago, 20 years was normal. There’s a new normal, and 20 or 25 years isn’t it.

Many factors have contributed to this change. A person’s personal and family life often don’t coincide with the demands of coaching basketball. The responsibilities that come with coaching have increased. Some coaches say that to be an effective coach, it can be a 10- or 11-month job.

Two factors are at the forefront, and they are both financial. Coaches used to be educators as well as coaches. Yes, coaching can be viewed as teaching on the court, but at one time teaching in a classroom and coaching used to go hand in hand. 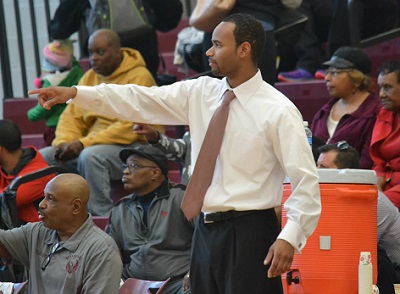 Then there’s the subsidy coaches receive. It varies from school district to school district. Some make $4,000 a season, others can make $7,000. And it also costs money to run a program; unless the coach receives financial help from a booster club or parents, the money he or she receives begins to dwindle.

But the most important factor is time.

“A tremendous amount of time is devoted to watching DVD or tapes,” Fralick said. “I know I’m dating myself with saying that. The point is, you’re watching a lot. There’s more scouting. And you don’t get paid much. Why don’t they stay as long as they used to? They get burned out. They want to spend more time with their families.

“You don’t see as many of the young coaches stay. Coaches don’t have the ambition to coach a long time. It’s not a profitable job. I don’t know what other coaches make. We used to compare what we made. Not anymore.

“Thirty years or more? I don’t see it happening. There’s the dual job thing. Things have changed. To me, it’s been a great job.”

To compensate for being away from home, Fralick brought his family with him. Sort of. He coached his son Gary, Jr., and Tim. Gary, a 1996 Troy graduate, played for his father his junior and senior seasons and Tim, a 1999 graduate, played four seasons on varsity. Fralick said he was even more fortunate to coach both on the same team (during the 1995-96 season).

Then there’s his wife, Sharon, who remains the scorekeeper.

“I’ve always had a passion for coaching and teaching,” Fralick said. “I love the game of basketball. I love the kids. There’s never a dull moment. It’s been a great ride.”

Vito Jordan has been around basketball all of his life. His father, Venias Jordan, was the boys head varsity coach at Detroit Mackenzie and Detroit Mumford before stepping down as a head coach only to return to the bench assisting his son the last six seasons.

Vito Jordan, 31, became a head coach at Detroit Osborn when he was 24. He started his coaching career the year before as an assistant to Henry Washington at Macomb College. Jordan went to Detroit Community after one season at Osborn and guided Community to its only MHSAA Finals appearance (Class B, 2013). He’s now in his fourth season as the head coach at Detroit Renaissance.

“I followed my father all of my life,” Jordan said. “I knew what I wanted to do when I was in college (Alma College). This is what I want to do the rest of my life.”

It’s different in Detroit. Schools close. Job titles change. Jordan, for instance, teaches at the Academy of Warren, a middle school in Detroit. It’s a charter school, not within the Detroit Public School system, therefore he receives his pay from two separate school systems (Renaissance is in the DPS).

There is a distinction. In some school systems coaches will receive a percentage – let’s say for argument sake, 10 percent – of their teaching salary to coach. Let’s say a person makes $60,000 a year to teach. He or she would then receive $6,000 to coach. If you coach two sports, that’s $12,000. 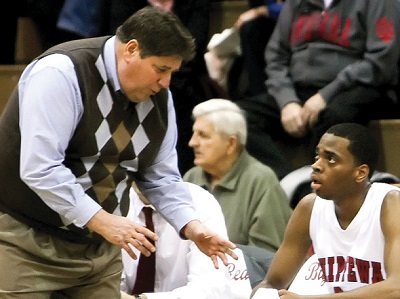 Jordan is not privy to such a contract. Each job is separate. Jordan loves to coach, and he understands he must be a teacher to earn a decent living, and he’s content to continue on the path he is following. But he also knows that to make a good salary just coaching one must move on to the collegiate level like others have done.

“When there were coaches like my dad, Perry Watson (Detroit Southwestern), Johnny Goston (Detroit Pershing) and others, they all worked in the (Detroit Public) school system. Everyone was teaching. That was your career. None of them had aspirations of being a college coach. Not even Watson. Now everyone isn’t in the teaching profession. Maybe they do have a degree and maybe they don’t. The point is, most aren’t teachers. I can count on one hand those (in Detroit) who have their teaching certificate and coach.”

Jordan noted such successful PSL coaches like Derrick McDowell, Steve Hall and Robert Murphy who left high school to pursue a coaching career in college. Murphy guided Detroit Crockett to the Class B title in 2001 and is now the head coach at Eastern Michigan. McDowell has had two stints as a collegiate assistant coach, most recently at EMU. He’s since returned to coach at Detroit Western. Hall coached Detroit Rogers to three consecutive Class D titles (2003-05) before going to Duquesne University and Youngstown State as an assistant coach. Hall returned to Detroit last season and is in his second season as head coach at Detroit Cass Tech.

Jordan said they left high school to challenge themselves professionally, among other considerations. Voss said there are variables that influence how long a person lasts, in one school district or in coaching in general, that didn’t exist 20 years ago.

“Athletics have become pervasive in high school,” he said. “The whole booster situation you find in college is here. You can be winning but not winning enough. It’s a trickle down affect.

“Coaches complain about parents. Parents complain about playing time. High school sports is not as pure as it once was. Winning is way more important now. Now a coach comes in with a three-year window. You can have one or two down years, and the third you’d better win.

“Then there’s the pressure on your family. I’ve been lucky. My wife and I have had the players over for team dinners. We create a family atmosphere. It’s a change of society. I don’t envy the young coaches coming in.”

Community involvement has always been a priority for Voss. To keep a hand on the pulse, Voss heads the elementary basketball program within the Chippewa Valley school district. Games are held on Saturdays, and approximately 750 students take part.

“You have to have the right fit,” he said. “I’m in the right spot. You coach for different reasons when you get older. I’m enjoying the game. There’s a different level of satisfaction.”