HILLSDALE – Every time Jordan Bollin would prepare his Dundee Vikings boys basketball team to play Hillsdale, he would rename all of his plays. That’s because Brad Felix, the longtime Hillsdale coach, knew them all.

“He had his teams so prepared,” Bollin said. “We’d call out a play and they would know exactly what we were doing. I had to rename all my plays, then quiz my kids over them before we played them. He’s such a great coach.”

Felix stepped down this week as the Hornets’ head coach, ending a coaching career that spans more than 30 years.

“I think he is the best coach I’ve coached against,” Bollin said. “When I got the job at (Temperance) Bedford, the first thing I did was call him up and basically interview for an hour, asking about practice plans and this and that.”

Citing a health issue as one of his reasons for retiring, Felix said it was still a difficult choice to make.

“It is a decision I don’t take lightly,” Felix said. “I feel like there has been a death in my family. The sadness I am feeling is pretty intense.”

Felix didn’t come to Hillsdale from the Upper Peninsula to turn around Hornets boys basketball. But, over the past couple of decades, Felix has helped transform Hillsdale boys hoops into a program known for adding hardware to its trophy case on a regular basis.

The Bessemer native was a four-sport athlete in high school, but that’s where his playing days ended. He graduated from Northern Michigan University in Marquette and landed a job teaching in Hillsdale, at the opposite end of the state, within a few miles of the state line. 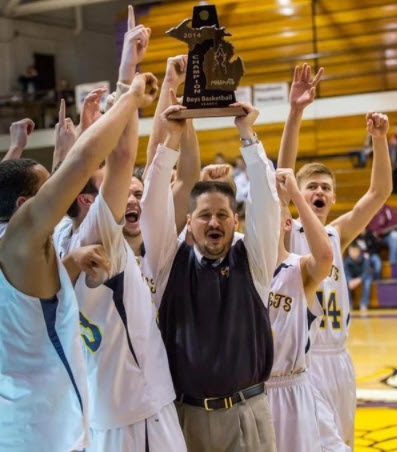 It was the Hillsdale athletic director who approached him about coaching.

“He came to me and said, ‘We need a freshmen girls coach and freshmen boys coach; are you interested?’” Felix said. “The rest is history.”

Felix coached both boys and girls at freshmen and junior varsity levels for several years before landing the varsity girls job with the Hornets. He guided that program from 1998 to 2002. His final season with the girls he also became the boys head coach. He’s coached the Hornets boys for the past 19 seasons.

His teams had success early. Capturing the District title in 2005, in his third season, was a first for the school since the mid-1960s.

He said reviving the boys basketball program was the carrot in front of him.

“No one would last this long if he or she was not experiencing some success,” Felix said. “That surely had a great deal to do with me hanging on this long. I was determined to change the mindset and the culture here, so that was a driving force. Our basketball history here was not very glorious, and I thought I could change that path.”

He certainly did that.

His boys teams went 20-0 during the regular season three times and won 20 or more games seven times. In 15 seasons, his teams won at least 14 games. His record as the boys coach was 318-104. Counting his girls varsity tenure as well, he won 369 games. He was a three-time statewide Coach of the Year.

Opposing coaches have long had a ton of respect for Felix and the Hillsdale program.

“His impact on Hillsdale basketball is something many coaches, like me, only could hope for when we are done,” said Onsted boys basketball coach Brad Maska. “The battles we had, Hillsdale vs. Onsted, were some of the best. I will miss that. He made Hillsdale one of the toughest places to go play. He’s a great coach and person.”

“He had an answer for everything you would try to throw at him,” Janssen said. “He is the toughest coach to prepare for.”

Hillsdale had to overcome its share of obstacles. The Hornets played in four conferences during Felix’s tenure, meaning he often had to learn a new set of opponents. With relatively few schools Hillsdale’s size in that area of the state, the Hornets had to go on the road a lot.

“It is not easy to go to Ida on a Tuesday, get home at 11, hit school the next morning, and then go to Dundee on that same Thursday – only to be back in school again Friday morning,” he said. “Those are taxing weeks for sure.”

There were many great memories on the court, such as coaching seven players who scored 1,000 career points, some surprising District wins, buzzer-beaters and epic defensive battles. The 2013-14 team also appeared in a Class C Quarterfinal. His 24-2 Hornets lost to Muskegon Heights, 59-57.

“We played some really good teams to make it there and then fell two points shy in a game where we were huge underdogs,” Felix said.

The 2004-05 team that went 25-1 also played in a Quarterfinal, in Class B. The lone defeat came that night to eventual champion Grand Rapids South Christian.

“Walking on the court at Grand Valley to play that game was a sight I’ll never forget,” he said. “It was just a sea of maize pom-poms with a sea of opposing white ones on the other side. There were 4,000 fans there. That was a just fun.”

Felix said the love of basketball kept him going year after year. 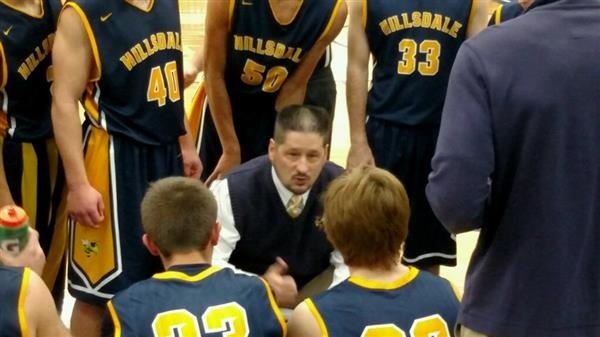 “The strategy and the relationship with the players have kept me in the game,” he said. “The winning helped, but I loved coaching the game and looked forward to each and every season. The most rewarding part of this job has been the relationships I've built with my players that have extended into their adult lives.”

Two of his former players reside in Colorado, where one worked for the Denver Broncos and the other served as an Olympic trainer.

“They flew me out there for a football game and a tour of the Olympic training center,” Felix said. “I was on the field for an NFL game.”

Felix and his wife, Heather, have been married for more than 25 years and have two children, Claire and Adam. He coached Adam. The end of his son’s career was marred by injury, but Brad Felix said having him be a part of the program was a great experience.

“I did get to coach him in at least one season,” Felix said. “His presence on my bench for 12 seasons was so heartwarming for me – he was in the gym and on our bus since he was 5. I swung him through the air on numerous occasions after big wins. He saw a lot.”

It was in June that Felix had a health scare that he says still isn’t over. He said health impacted his decision but wasn’t the ultimatum.

“This will be with me for the rest of my life, unfortunately,” he said. “It weighed into my decision based on all the appointments that I may or may not have in the future, missing practices or games and just the added stress is more than likely not advantageous for me right now.

“I’d be in (coaching) longer if the circumstances had allowed me to.”