EAST LANSING – Kenneth Flowers has been reminded more than a few times this week what he stepped into when he took over the Detroit Henry Ford boys basketball program eight seasons ago.

Congratulatory e-mails. Phone calls. Contacts from Henry Ford alumni dating back to the class of 1971.

“The community is huge over there,” Flowers said. “It’s amazing how basketball brings a community together like this.”

Imagine if he leads the Trojans to their first MHSAA championship Saturday.

They earned that opportunity, winning the first Semifinal in program history Friday, 64-38 over Cadillac at Michigan State University’s Breslin Center.

Prior to this season, Henry Ford had played in a Quarterfinal only once before, in 1984. But it will take on Wyoming Godwin Heights at 6:30 Saturday night to decide this season’s Class B champion.

“Our school, it’s the first time in history coming into the Breslin. And making this deep run, I just want to keep it going,” Ford senior guard Joshua Davis said. “Especially this being my last year, I’m very excited, very anxious, ready to make history.” 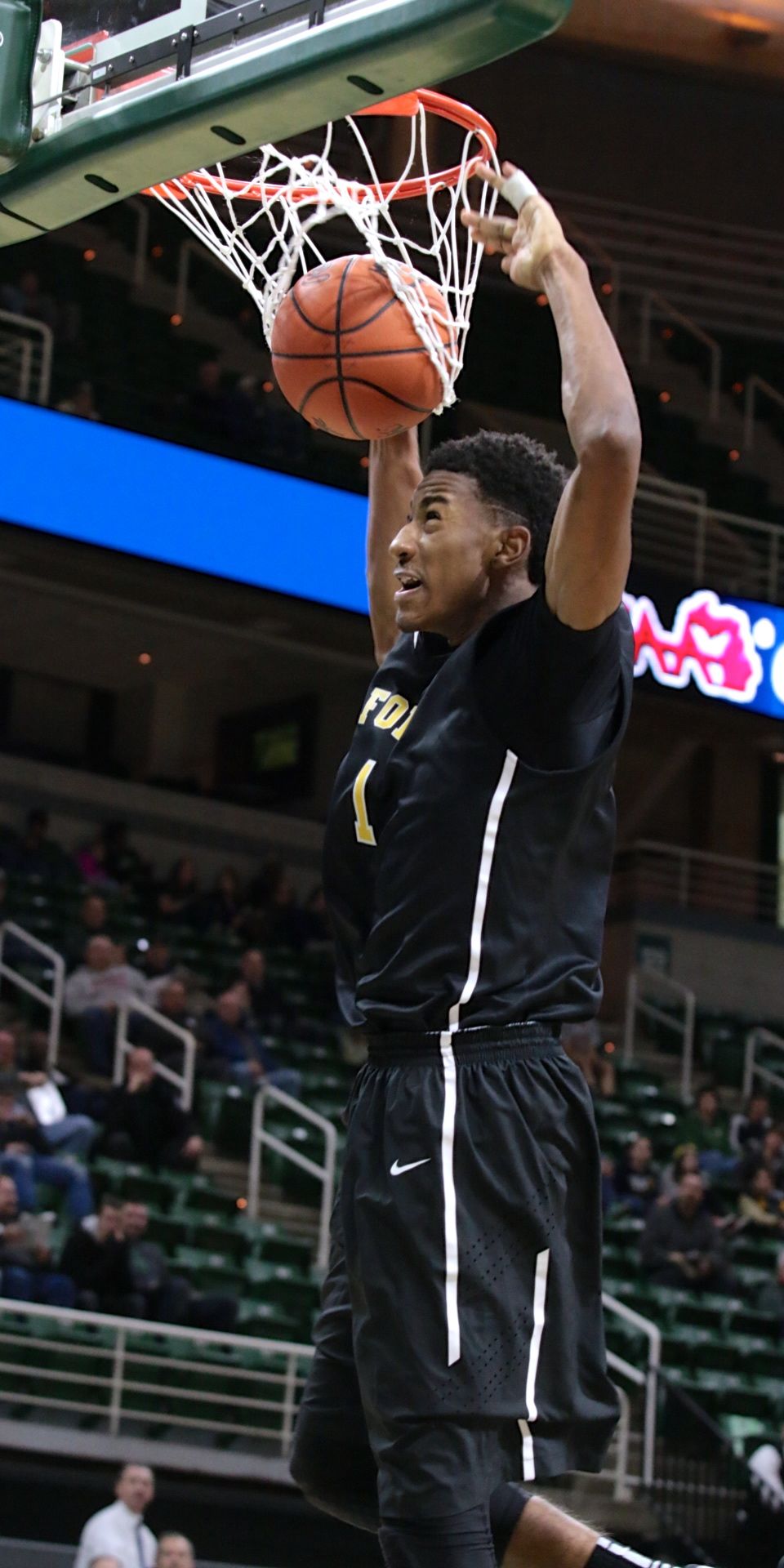 Flowers played his high school basketball at Detroit Redford and later led the junior varsity under coach Derrick McDowell – who has Detroit Western International playing for its first MHSAA championship as well, in the Class A Final.

Flowers took over for McDowell at Redford for the 2005-06 season and stayed until the school closed during the summer of 2007. Flowers started at Ford that fall.

The Trojans have posted winning records six of eight seasons under him – with the two sub-.500 records coming the last two seasons. But they rebounded this winter and finished second in the Detroit Public School League West Division 1 behind only Western.

Ford seemed to play with the jitters many first-time visitors to Breslin Center experience. It fell behind by five halfway through the first quarter to Cadillac, which played in a Semifinal for the third straight season.

Junior point guard James Towns got comfortable quickly on the collegiate floor, making 9 of 12 shots and all six of his free-throw attempts for 24 points to go with four assists and three steals. Davis added 17 points and senior guard Antaun Carter added 10 and four steals.

Senior guard Andrew Emington led Cadillac with 14 points, and senior forward Ethan Myers had 13. To its credit, their team came back from a 5-6 start this winter and despite graduating its leading scorer from a year ago. The Vikings finished 18-9 and went a combined 58-21 over the three-season run.

“I told our guys in the locker room that were getting emotional, you can cry for the finality of the season, but don’t cry for the outcome of the game,” Cadillac coach Ryan Benzenberg said. “Because all we ever wanted, when this thing ended, was to lose to a team better than us. And I have no shame saying that Henry Ford is a better basketball team than we were tonight.”