Nearly 70 years after its first championship, the River Rouge boys basketball program remains the standard at the Finals level of its sport with 20 appearances in MHSAA championship games and 14 titles.

From 1960-69, Rouge appeared in Finals seven times and won six championships – and photos and video from those six title games will make up this “Rouge Week” as part of our MHSAA Moments series.

The Panthers' 21-8 second-quarter run, keyed by 6-foot-5 freshman Willie Betts, sent them into halftime up 39-21. For the game, four players scored in double figures for River Rouge led by Jon Roman (No. 11 above and below) with 17 points.  The Panthers finished 23-2 and also included Ken Wilburn (No. 25 below), who went on to play professionally for four NBA and ABA franchises. 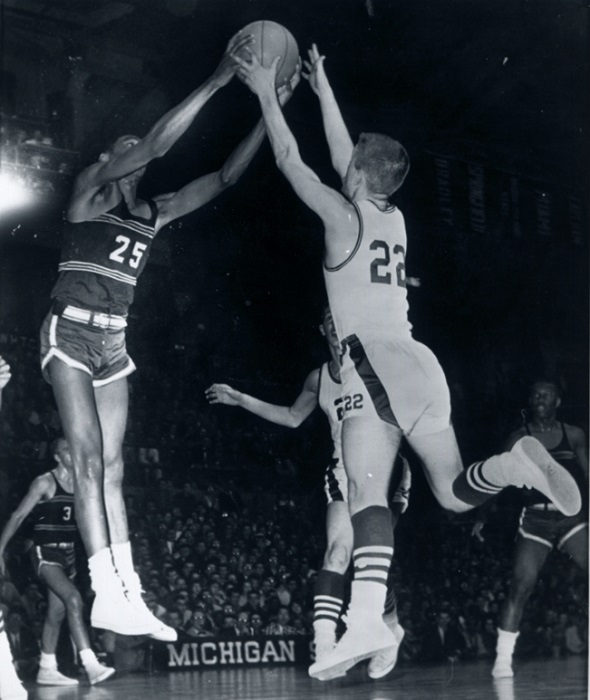 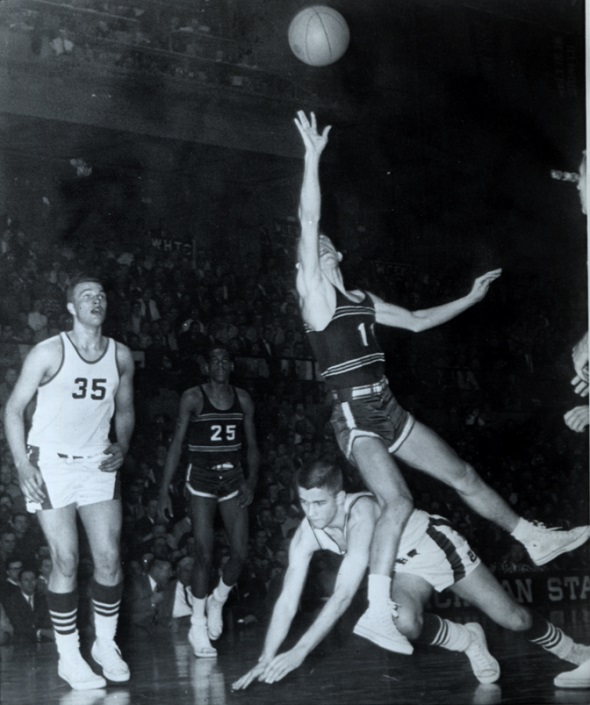 (Photos courtesy of The Associated Press.)