After setting the Lower Peninsula record the season before, River Rouge completed the streak that remains the standard for boys basketball programs with a fifth-straight MHSAA Finals title in 1965.

The Panthers won Class B for the fifth-consecutive season by downing South Haven 87-65. Rouge led only 54-52 after three quarters, but scored 33 points during the final period to seal the clincher.

The 87 total points also broke a Rouge Class B Final record set the year before (86) and remained the record (tied in 2003 by Grand Rapids South Christian) until Class was replaced by Division for basketball tournament classification in 2019.

Only Crystal Falls (now Forest Park), with six straight championships from 1938-44, has won more consecutive MHSAA titles in boys basketball, and that streak came during a time when separate tournaments were conducted by peninsula. Crystal Falls’ streak skips the 1943 season, when Finals weren’t played because of World War II. 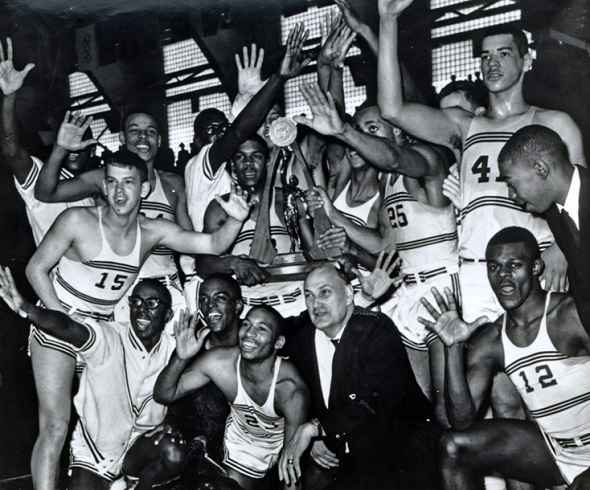