The Powers North Central boys basketball team has owned Class D the last two seasons. The Jets now own what was one of the longest-standing MHSAA records as well.

With a 76-29 win over Bark River-Harris on Friday, North Central took over alone the Michigan boys hoops record for longest winning streak with 66 straight victories, dating to opening night of the 2014-15 season. The Jets' last loss was an 81-79 Class D Quarterfinal defeat to Cedarville during the 2013-14 season, when they finished 25-1.

Tuesday's win over Rock Mid-Peninsula had tied North Central with the Chassell teams from 1956-58 with 65 straight wins. The Jets are 11-0 this winter, and returning most of their top players from the last two seasons are expected to make another long tournament run and potentially push their record streak beyond 80 straight victories. 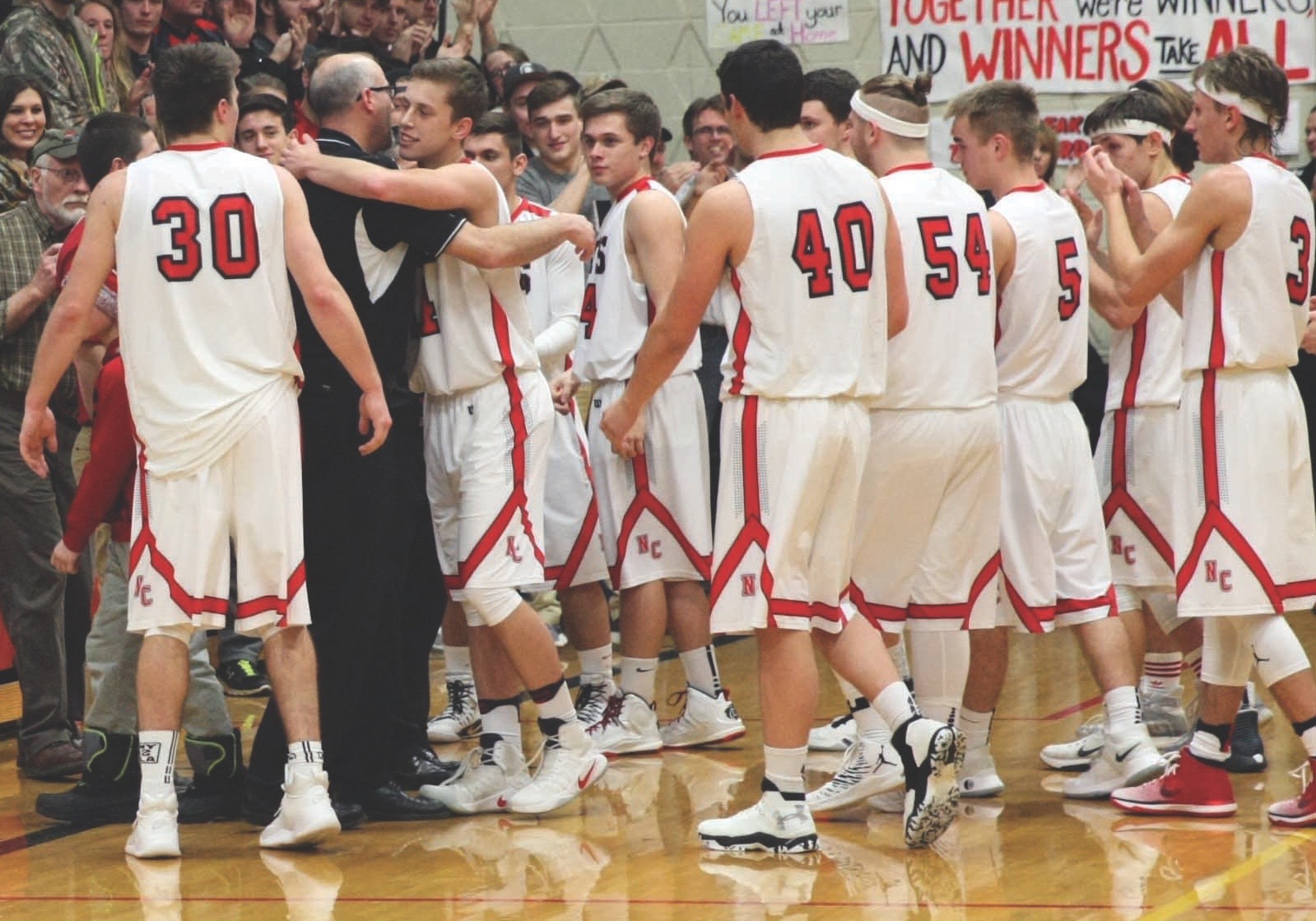 Click for full coverage of the record-breaking performance from the Escanaba Daily Press. Longtime Daily Press sports editor and Second Half correspondent Denny Grall will bring additional context to the record with a 2H piece next week.

The game was broadcast live on MHSAA.tv with production by a crew from School Broadcast Program member Marquette High School. Click the link above to watch the replay on-demand.

In addition to the winning streak record, the Jets also celebrated the 1,000th career point for senior Dawson Bilski, who with seniors Jason Whitens, Bobby Kleiman and Marcus Krachinski has been among standouts during the entirety of North Central's run. The North Central football team, featuring some of the same standouts, also hasn't lost in two seasons while claiming two MHSAA 8-player championships.

PHOTOS: (Top) The North Central Jets hold up a banner made by students to celebrate the team's 66-game win streak, the longest in MHSAA history. North Central defeated Bark River-Harris 76-29 onFriday night to surpass Chassell's 65-game streak, which had stood since 1958. (Middle) North Central's Dawson Bilski gets a hug from Jets' assistant coach Gerald Whitens during a stoppage in play. Bilski reached the 1,000 point mark for his career during the victory. (Photos by Keith Shelton.)