Their coach, Derrick McDowell, coached Redford from 1993-94 through 2005 and took two teams to Class A runner-up finishes.

“When they win, I won’t mention Redford anymore,” said McDowell, of his Western team. “It will be all Western stories.”

This Cowboys’ season has been filled with historic accomplishments. But one more win will be the biggest of all – and definitely put this team in the same breath as the greats McDowell coached in the past.

Western will play Saturday for its first MHSAA title, thanks to a 55-46 Semifinal win over Detroit U-D Jesuit on Friday at the Breslin Center.

“That’s a tremendous honor coming from Coach Mac,” Neely said of his coach's comment. “He always tells us how tough Redford (was), what they accomplished. To accomplish this under Coach Mac is tremendous.”

Western (25-0), winner of its first Detroit Public School League title since 1922, then its first Quarterfinal since 1974, will face Saginaw Arthur Hill to decide the Class A title at noon Saturday.

The Cowboys had beaten U-D Jesuit, the Detroit Catholic League A-B champion, 58-49 in the annual Operation Friendship game to close the regular season three weeks ago.

And McDowell and his team knew all the more that the key would be at least slowing down Jesuit junior Cassius Winston.

Winston had 27 points in the teams’ first matchup. This time, Neely and company worked to keep the 6-foot-1 shooting guard out of lane – and then, after Winston hit 7 of 9 free-throw attempts during the first half, off the line as well.

Winston did finish with 21 points, five rebounds, four assists and three steals, but made only 4 of 12 shots from the floor. 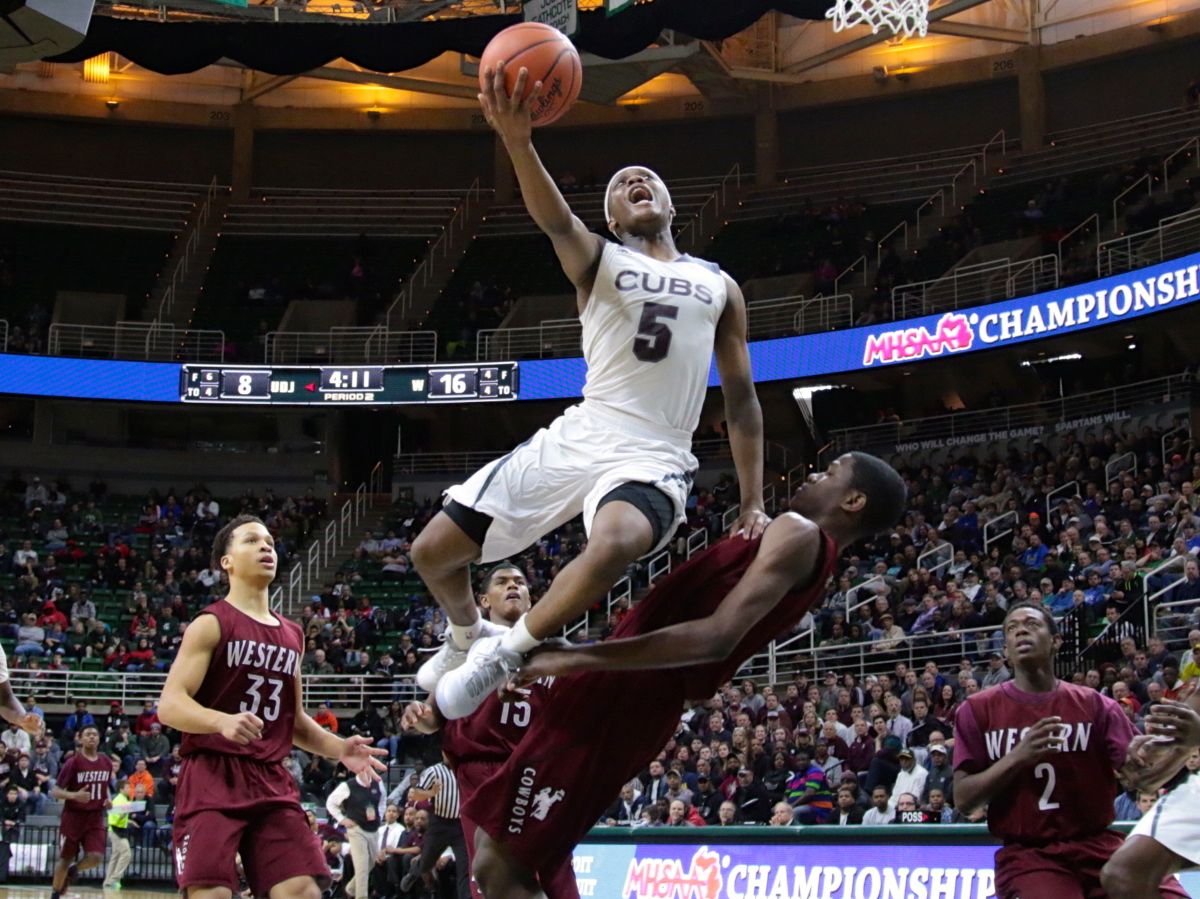 Western led from start to finish, and by as many as 10 during the second quarter. The margin did fall to three points twice during the fourth – the final time when Winston drilled a 3-pointer that pulled the Cubs (22-4) to within 43-40 with 3:55 to play.

"I thought we did a pretty good job defensively, and even through we struggled to score, we still had our opportunity.”

Only one starter returned this season after Jesuit made the Semifinals in 2014 for the first time in program history. But the Cubs anticipate eight of their top nine returning for 2015-16.

“They always had a lead, but I always felt we had a chance to win the game,” Winston said. “It was a great experience. … But that’s two years in a row we’ve made it this far and lost, and I don’t plan on going through this again.”