BROOKLYN — Two years ago, Algonac's Morgan Beadlescomb wouldn't have been chosen "most likely to succeed" among cross country runners in his class.

Obviously, there was some ground to make up.

He vaulted all the way to all-state status last year, taking 12th in 16:13.8, but he was a distant 31.1 seconds out of first place and behind five other runners who also were set to return this year.

But Beadlescomb continued to improve at a more rapid rate than his peers, the payoff being the Division 2 individual championship Saturday at Michigan International Speedway.

Beadlescomb finished in 15:30.7, outdueling defending champion Austin Sargent of Cedar Springs. Sargent was second in 15:42.1, with Daniel Steele of Sturgis taking third in 15:43.7.

"It was a big difference in pace and confidence," Beadlescomb said. "You have to have a lot of confidence in yourself. The one thing is I practiced really hard, and that wore me down in a lot of meets. This year, I'm a lot stronger because I'm older, and I practiced a lot smarter."

It was a three-way battle for first when Beadlescomb, Sargent and Steele entered the infield at MIS with about a half mile remaining. Beadlescomb broke away from the others at the three-mile mark, with one tenth of a mile to go.

"I thought I kicked too early," said Beadlescomb, who won 14 of 16 meets this season. "Then I lost the feeling in my legs, so I just kept going and kept pushing as hard as I could. It was desperation. I remember when I passed him, it was the greatest feeling. I heard my name and it gave me an extra kick when I heard I was in first."

On a windy day, Beadlescomb broke his personal best of 15:48 set in last year's Regional. His best time this year was 15:50 at the Portage Invitational, where he took second to St. Joseph's Skyler Arthur by six seconds and finished three seconds ahead of Sargent, who was third. Arthur took 15th on Saturday. 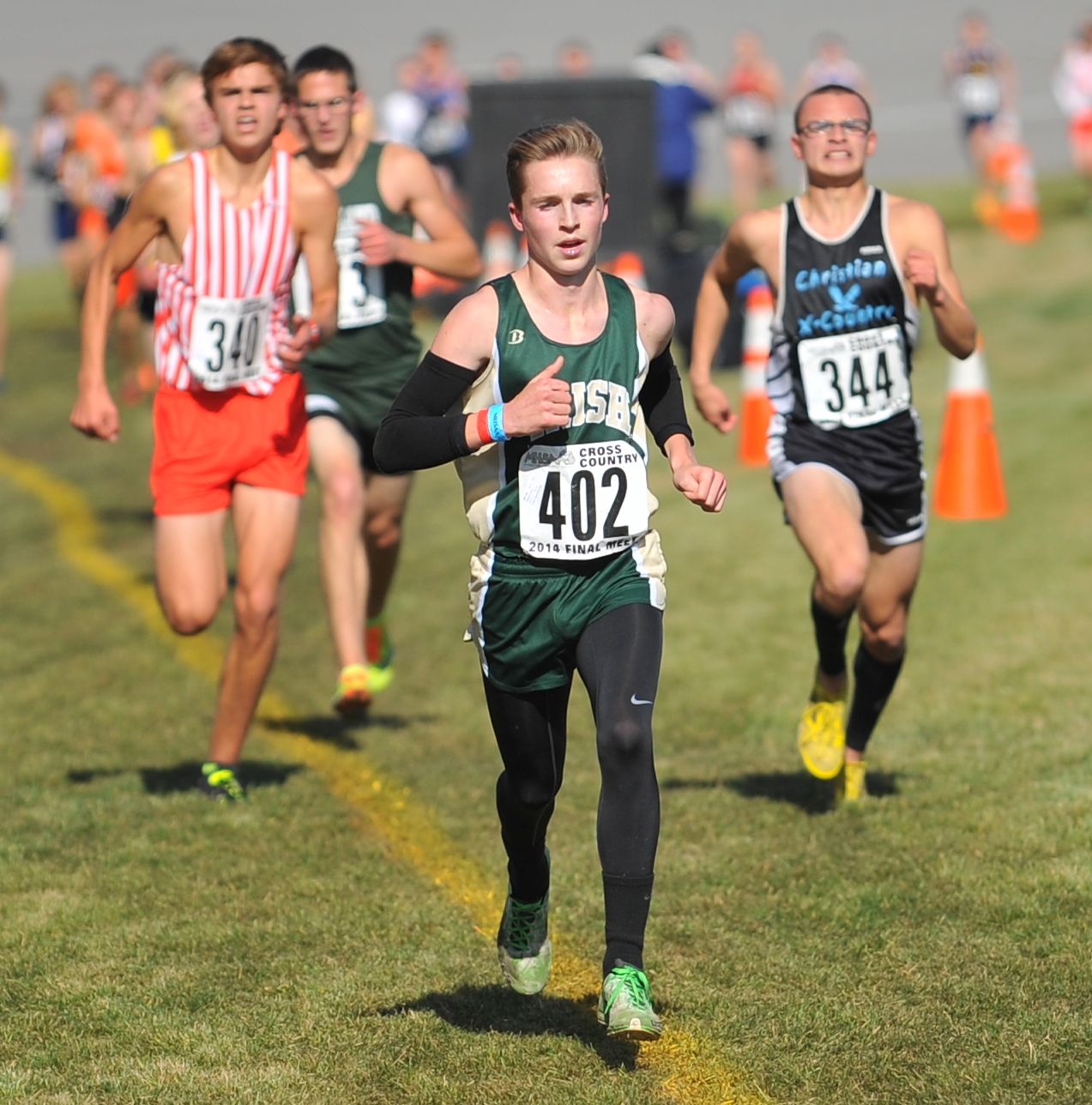 Christian had five runners cross before Fremont's No. 4 runner finished.

Before Saturday, the Eagles' best finish in an MHSAA Final was second in Class B in 1978. They finished third last year.