BROOKLYN — Keenan Rebera ticked off each item on his individual checklist.

Only the team championship eluded his grasp.

Rebera, a senior at Lansing Catholic, repeated as the MHSAA Lower Peninsula Division 3 cross country champion Saturday with a time of 15:30.2 at Michigan International Speedway.

His team finished second with 141 points, well behind Benzie Central's winning total of 87.

Before he even knew the team results, he was proud of the effort put in by his teammates throughout the season.

"No matter what the outcome is, I know these guys have put in the work and they will reap the rewards," Rebera said. "It's really good to have the atmosphere we have on the team. We have an expectation of putting in everything you have, everything you can give. We're all in, we're all very serious about it and we all love it."

As for his own race, Rebera had three goals in mind.

"Win, beat my time from last year and not have my shoes untied," he said.

At that, it was natural to glance down at Rebera's spikes — the laces were still tied.

Even without anyone to push him in the final mile, Rebera eclipsed last year's winning time of 15:31.0. Zac Benham of Scottville Mason County Central was second by 14.4 seconds.

"The conditions today were way worse than last year with the wind," Rebera said. "That's what makes it fun. That last mile was pretty lonely; that's the nature of this sport." 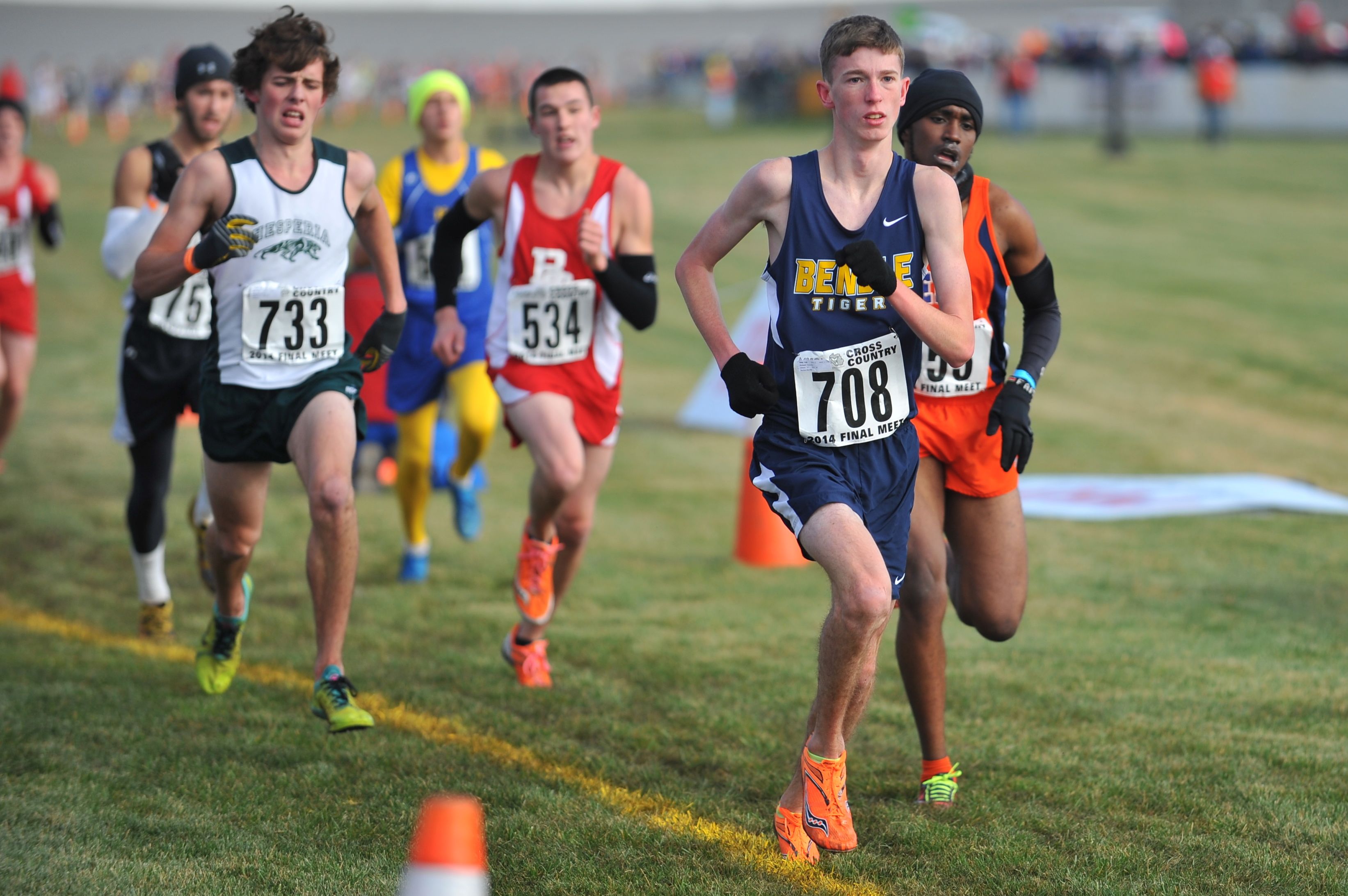 The Cougars couldn't topple the depth of the dynasty that has been built at Benzie Central.

Benzie repeated as the Division 3 champion, winning its eighth overall title. Benzie has been in the top four the last four years.

Benzie squeezed in four runners before Lansing Catholic crossed its No. 2 runner, sophomore Ethan Markey, who was 35th in 16:42.9.