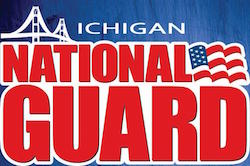 Two-time reigning Division 3 champion Chassell comes into this weekend tied for only the No. 2 ranking in its division, with Brimley and behind favorite Stephenson, which is seeking its first championship since winning Division 2 in 2012.

Races begin Saturday with the Division 1 boys at 11 a.m. and finish with the Division 3 girls at 2 p.m. Check back Saturday evening for coverage of all six Upper Peninsula Finals, and see below for more teams and individuals to watch. The MHSAA Cross Country Finals are sponsored by the Michigan National Guard.

Negaunee remains the favorite this weekend returning five of last season’s seven runners including four who finished among the top 14 – reigning runner-up and junior Colton Yesney, and seniors Ethan Wallner (seventh), Thomas Ziegler (ninth) and Mitchell La Belle (14th). Houghton is expected to move up from fourth last season also returning five of their seven runners – junior Seth Helman led the way coming in eighth individually a year ago. Marquette won in 2013 and 2014 but slipped to third last fall; the Redmen return only two from last fall’s line-up but won their fourth straight Great Northern Conference title on the strength of individual champion Luke Rambo, a junior, and junior runner-up Garrett Rudden.

Individuals: Total, nine of last season’s top 15 are back this weekend and looking to follow graduated Marquette champion Lance Rambo. In addition to those mentioned above, Calumet senior Mitchell Delong was 10th in 2015, and Sault Ste. Marie seniors Aaron Kinsella (12th), Andrew Farlow (13th) and Ryan Sanderson (15th) helped their team to a runner-up finish.

The Hematites return three from a lineup that placed all seven runners last season among the top 15 in Division 2. Sophomore Spencer Giroux came in second, seven seconds back, and was followed by now-junior Kyle Pruett (seventh) and Kadin Fox (13th). Munising was fourth in Division 3 last season and graduated that race’s individual champion, Brett Hannah, but brings back its next three finishers led by junior T.J. Wing (10th in Division 3 in 2015).  Newberry also ran in Division 3 a year ago, finishing sixth, but brings back four of its seven from that race including sixth-place now-senior Kindred Griffis.

Individuals: This could be the day’s best individual race, with Giroux working to fend off Ironwood sophomore Nick Niemi, who came in third last year, and four more non-teammates who are back from the top 15. Gogebic sophomores Cade Mazzon and Devon Byers were 12th and 15th last season, respectively, while Powers North Central junior Connor Robinson and senior Seth Polfus came in ninth and 13th.

Chassell has won the last two Division 3 titles but could be chasing Stephenson, which finished fifth in 2015 but has back five of last season’s six runners including junior Ethan Brown (eighth) and senior Mark Cappaert (11th). Chassell does bring back five of last season’s top seven, however, led by senior Hunter Rautiola (fifth) and sophomore Ben Tuomi (seventh). Brimley didn’t run at the Final as a team last season but returns one of four individuals who raced.

Individuals: The individual title could be wide open with the top three from last season not in this race. The highest returning placer is Dollar Bay sophomore Brendan LeClaire, who came in fourth – and only five total of the top 15 are back.

PHOTO: Runners take off during the start of the 2014 Upper Peninsula Division 3 Final.