A few more things are in play when a team wins six straight MHSAA championships, as opposed to the still-incredible two or three in a row.

For starters, a six-time reigning champion like the Petoskey boys ski team has maintained that streak with help from up to nine classes at a school, counting the seniors on the first winner and the freshmen on the latest.

A six-time champion must stay on top and stay ahead through the rises and falls of the rest of its opponents – in this case, half the schools in Michigan with high school boys ski programs.

And the Northmen also have continued this streak through the changing of a coach midway through – although that really didn’t include much of an adjustment at all.

Petoskey finished with 44 points at this season’s Division 2 Final, a point shy of half runner-up Elk Rapids/St. Francis’ total at Schuss Mountain. The Northmen – the Applebee’s Team of the Month for February – is now tied for the third-longest active championship streak across all MHSAA sports, and they are approaching the boys ski record of eight straight championships set by the former Traverse City High School from 1988-95.

“I think we really train the right way. And the kids really buy into it, are really accountable,” said coach Erik Lundteigen, who took over the program three seasons ago but has coached high school skiing since 1982. “The neat thing about ski racing, is as a coach, you can’t call timeout. All that work, tactics, technique, all of it has to be done way ahead of time. And the reason we’re successful is we train the right way.

“My son (Garret) said it best; he’s a senior, and he said it’s just getting to the bottom of the hill as best as you can.”

The Northmen took four of the top 10 places in the slalom at the Final, led by champion Garret Lundteigen and runner-up Mitch Makala. Makala won the giant slalom and Lundteigen was third as the team earned three of the top nine places in that race. 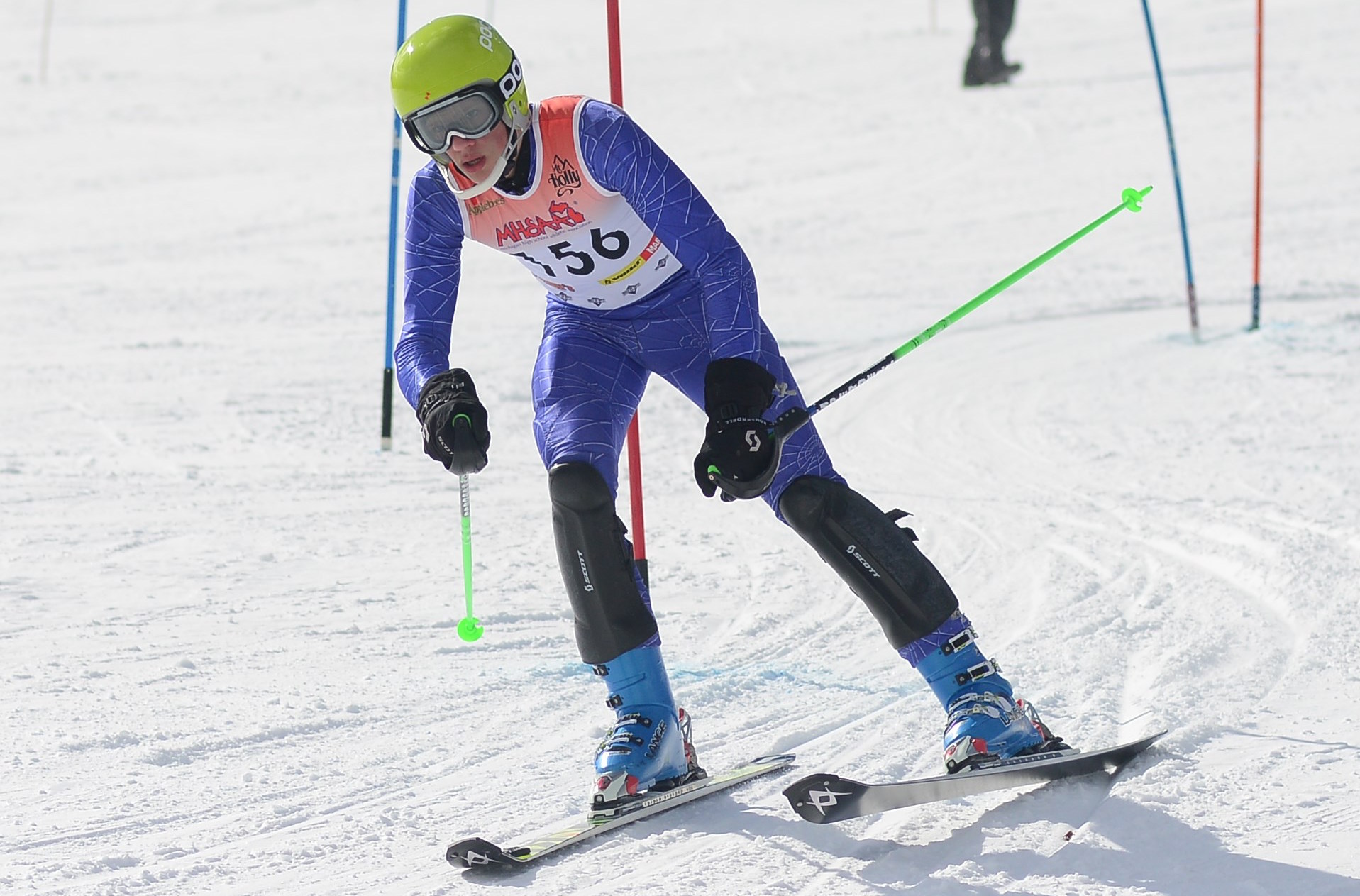 Petoskey admittedly has a great setup for success, located in the heart of ski country and with a strong relationship with Nub’s Nob in nearby Harbor Springs that allows for flexible training opportunities.

But the Northmen also thrive, continuing to meet a championship expectation year after year.

As supportive as teammates are during meets, practices are incredibly competitive, Erik Lundteigen said. Any of 10 skiers could make the six who compete at a given event. Tristan Akins finished ninth in the slalom at the Final – in only his second varsity race of this season. Lundteigen never sets an order of his skiers, allowing for competition for the top spots to remain all season long.

His athletes also are well-rounded, which pays off on the slopes. The team’s combined grade-point average of 3.48 ranked 11th in Division 2 this season, and Lundteigen is especially pleased with how most participate in a number of other activities as well, whether it be school extracurriculars like band, community activities or in many cases multiple sports.

“That’s huge as a coach. A kid comes in with discipline, time management, all the things that as a ski racer you have to have,” Lundteigen said of his multi-sport athletes. “The more practice you get whether it be playing soccer, football, baseball, I think it’s really good when athletes do other things."