He scored the only goal of the game as Canton defeated Rochester Adams 1-0 for the Division I title.

Canton finished the season 24-0-3 and was the only undefeated high school boys soccer team in Michigan this fall.

“I wanted this so bad,” Ren said. “It felt really good to win it again.”

Ren’s big moment came in the 14th minute of the first half. He took a pass from senior midfielder Jack Zemanski and found the back corner of the net from about 22 yards out. It was the third goal of the season for Ren, a junior midfielder.

“Jack had the ball, I overlapped him, and he laid it off to me,” Ren said. “I just hit it as fast as I could in the far corner.”

Although he did so early in the game, the Canton defense made the goal stand up as the Chiefs registered their 16th shutout of the season.

“The first goal is always one of the most important goals, so to get that was good,” Zemanski said. “Kyle Mettlach won the ball on a header, and the throw-in came to me. I just saw Jason called for it, and I laid it out for him, and he hit a perfect shot. There’s nothing a goalie can do to save that.

“We just had to defend the rest of the game, and it worked out well for us.”

Canton, the Kensington Lakes Activities Association Kensington Conference champion, had faced Rochester Adams in the second-to-last game of the regular season. The 1-1 outcome was one of three ties the Chiefs had this season.

“We were confident that we could beat them this time because we felt we deserved to win that game,” Canton senior Carter Schenk said, “but tying them I think humbled us a little bit. It made us think they could play with us and made us work a little harder.” 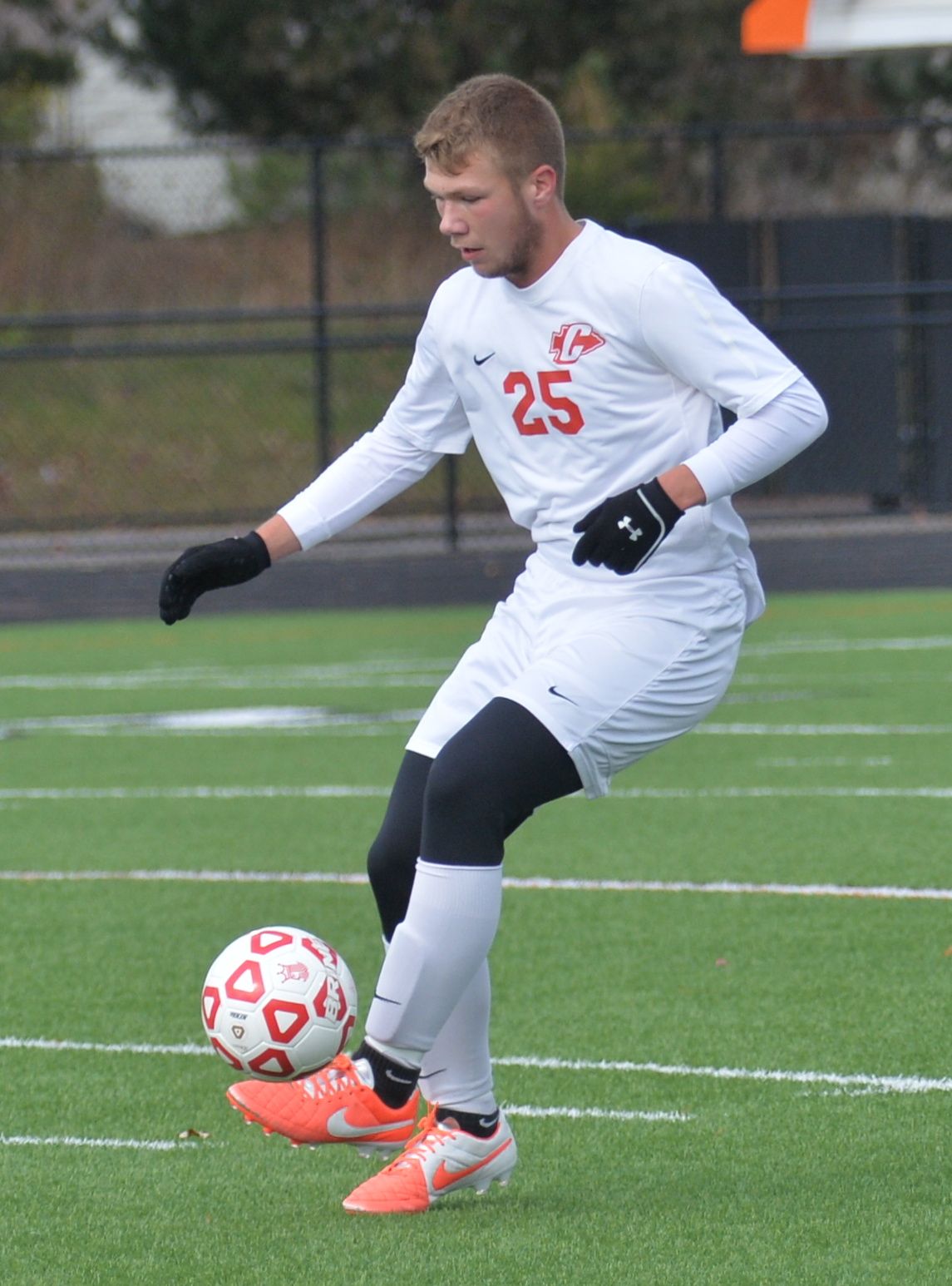 Rochester Adams, which ended its season 13-5-7, was runner-up in the Oakland Activities Association Red. It was the second MHSAA runner-up finish for Adams, which won the Division 1 title in 1999 and also fell in the 2001 Final.

Both teams had six shots, but Rochester Adams had only one shot on goal, while the Chiefs had two. Canton goalkeeper Andrew Loehnis made only one save in the shutout.

“Our defense all year has been stifling,” second-year Canton coach Mark Zemanski said. “We had a shutout here in the Final and a shutout in the semis.”

It was a cold day, and a brisk wind was blowing directly from one goal to the other. It gave each team an edge when it had the wind at its back. Canton scored with the wind in the first half and then held off Rochester Adams in the second half.

“The wind definitely made it difficult for both teams,” Mark Zemanski said. “We talked to the boys about keeping the ball on the ground and trying to possess. For the most part, we did a pretty good job of that.

“We knew that whoever had the wind was going to have the favor. I think even in the second half my boys did a nice job of moving the ball around and at least keeping it away from them as much as they could.”

It was the second year in a row that Canton entered the postseason undefeated, but this trip had a much different outcome. Last year, Canton lost to Salem in the district, and the two teams had a rematch two weeks ago. Canton won that one 2-1 in overtime, and it proved to be a springboard to the MHSAA title.

“I felt like that was a big thing,” Canton senior defender Sam Belcher said. “Knowing that our season ended last year and we were that good of a team, it was like, ‘We’re not going to let that happen again.’

“I wasn’t going to let my senior year stop after one or two games. We were going all the way. I knew that for a fact.”

Belcher, like the 11 other seniors on the team, only had to look back to three years ago and Canton’s 1-0 victory over Grand Haven for inspiration.

“The whole time leading up to this game, I was thinking back to being at that state championship game and watching them win; the joy on their faces and how they felt, that is what was driving me to win this one,” Belcher said. “I wanted to be just like that. It looked so fun, I wanted to be part of it, too.

“This surpasses what I thought it would feel like, for sure. It’s like the greatest feeling in the world.”

PHOTOS: (Top) Rochester Adams’ Devin Beyer (1) leaps over a challenge by Canton’s Kyle Mettlach. (Below) Canton defender Beaumont Hoffman controls the ball during his team’s shutout in the Division 1 Final. (Click for all team and action photos from Hockey Weekly Action Photos.)