The Pioneers were poised to win and immediately set out on a mission to claim the Lower Peninsula Division 3 title this season.

Of course, diving was another story.

“Everything started flowing together, and it all worked out in the meet for us,” Bayer said. “That is our biggest advantage. Having a teammate that good can push you, and we pushed each other. It is a blessing to be part of a program like this. This team win is the most important in a long time because we wanted a big win last year and it didn’t happen. This was a redemption win.”

The Pioneers earned their record 26th Finals win with their depth and relays.

“Last year was traumatic. We had a lot of kids work so hard and we had a good chance to win it. This year, just getting to get to the meet was a plus, but to win it without taking any swimming firsts spoke well for the group,” EGR coach Butch Briggs said. “Diving got us 37 points, and you can’t do much better than that. It just got everyone pumped up.” 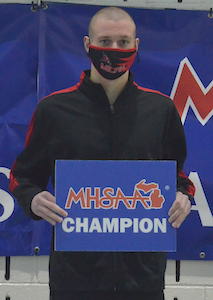 Holland Christian senior Colin Kalkman won the title in the 100 freestyle, finishing in 45.72. He used a strong finish to pull ahead of runner-up Jacob Ryan (45.92) of Detroit Country Day. Trenton’s Spencer Boling-Hamer was third (47.24).

“That was fantastic to win the final relay. They did what they had to do,” Holland Christian coach Todd Smeenge said. “I am happy for all the seniors, and Colin had a great meet. I am so happy for him. It was satisfying to see that work pay off. We scored about what we thought, but East Grand Rapids ate up all kinds of points.”

The fastest race of the meet was the 100 breaststroke, where the top three finishers bettered the previous Division 3 record. Milan’s Andrew Dobrzanski won the event in 54.67, followed by Cranbrook Kingswood’s Ethan Schwab (55.46) and Otsego’s Owen Stedner (55.85).

Dobrzanski was named Swimmer of the Meet .

“It means a lot. I was shocked when I saw my name up there,” Dobrzanski said. “The breaststroke was amazing with all of the competition.” 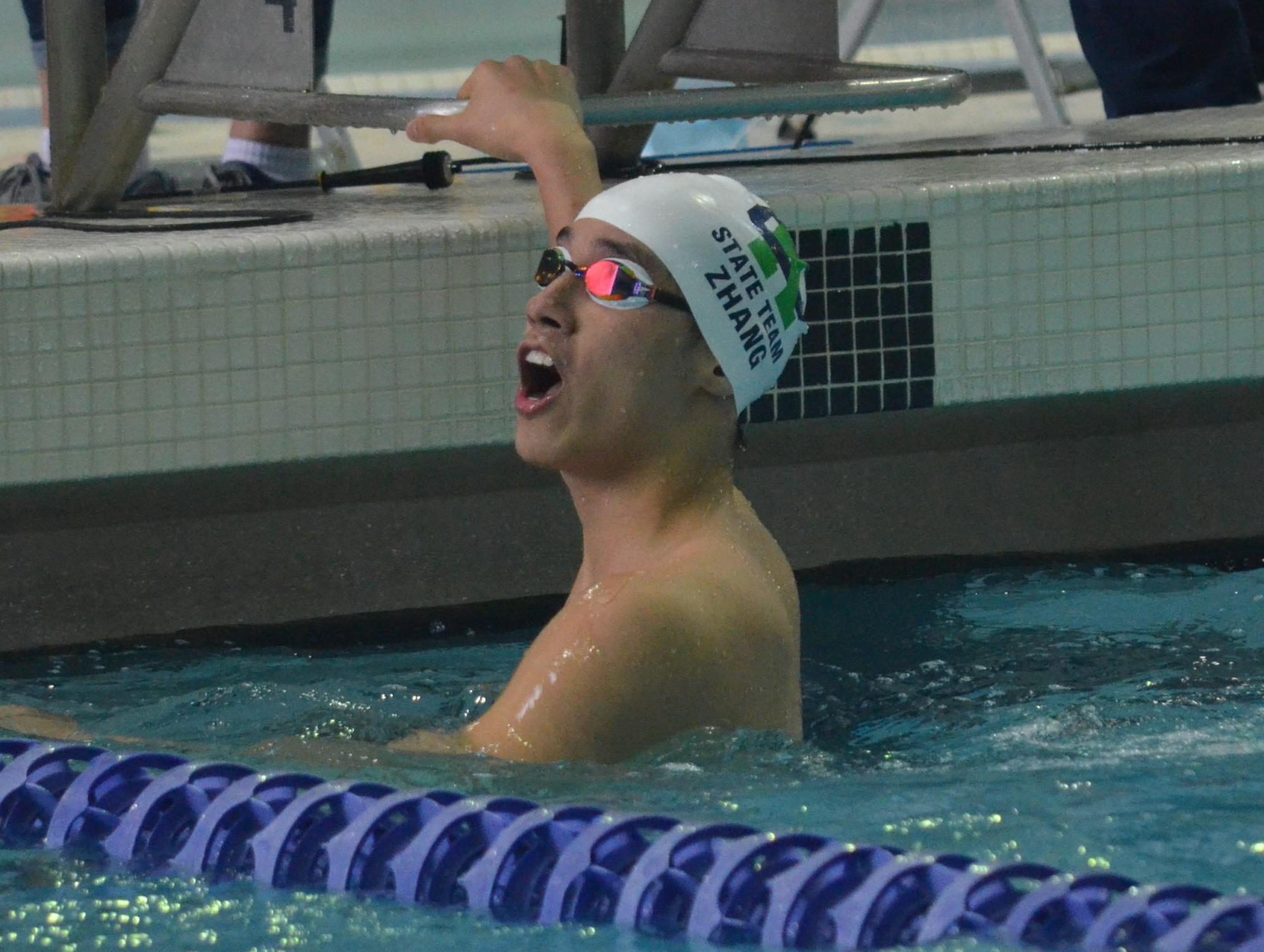 Detroit Country Day’s Ryan dropped nearly half a second from his seed time to win the 50 freestyle in 20.58, holding off Spring Lake’s Charles Brown (20.71) and Mason’s Gabe Williams (21.68) in an extremely fast race.