MARQUETTE — The Marquette boys left nothing to chance Saturday as they retained their MHSAA Upper Peninsula Finals swimming and diving title with 326 points.

The Redmen, also champions in 2014, broke four of five U.P. Finals records that fell on this day, with all also school and pool records.

“Sam setting those records were definitely a highlight for us,” said Marquette coach Nathan McFarren. “He’s such a hard worker and has a humble demeanor, and today he reaped what he sowed.

“Today’s performance by both of our teams was pretty awesome. I’m so lucky to be part of this swimming community. We’re not like Goliath. We’re a team. It takes every single kid to make this possible.”

Marquette senior Nathan Rotundo also set a record while earning his third straight 100 breaststroke title (1:00.29) and recorded a three-peat in the 200 individual medley (2:05.19).

“I think all the training we put in paid off today,” said Rotundo, who also helped the 200 medley and 400 freestyle relays. “I felt pretty confident coming in. I wasn’t focusing on the win as much as I was on going for time. Everybody on our team did awesome. This is probably one of the best Finals this school has seen in a long time.

“We were a little nervous before the meet because we knew Gladstone had some good swimmers. It’s really cool for them to be able to be part of the U.P. Finals. They’ll be a force to be reckoned with.”

“I really concentrated on that race,” LeClaire said of his record-setting performance in the backstroke. “I was amazed. I couldn’t believe it. I wasn’t expecting to get this time.

“Taking runner-up as a team is all right. I think we performed as well as we could. Marquette just beat us.” 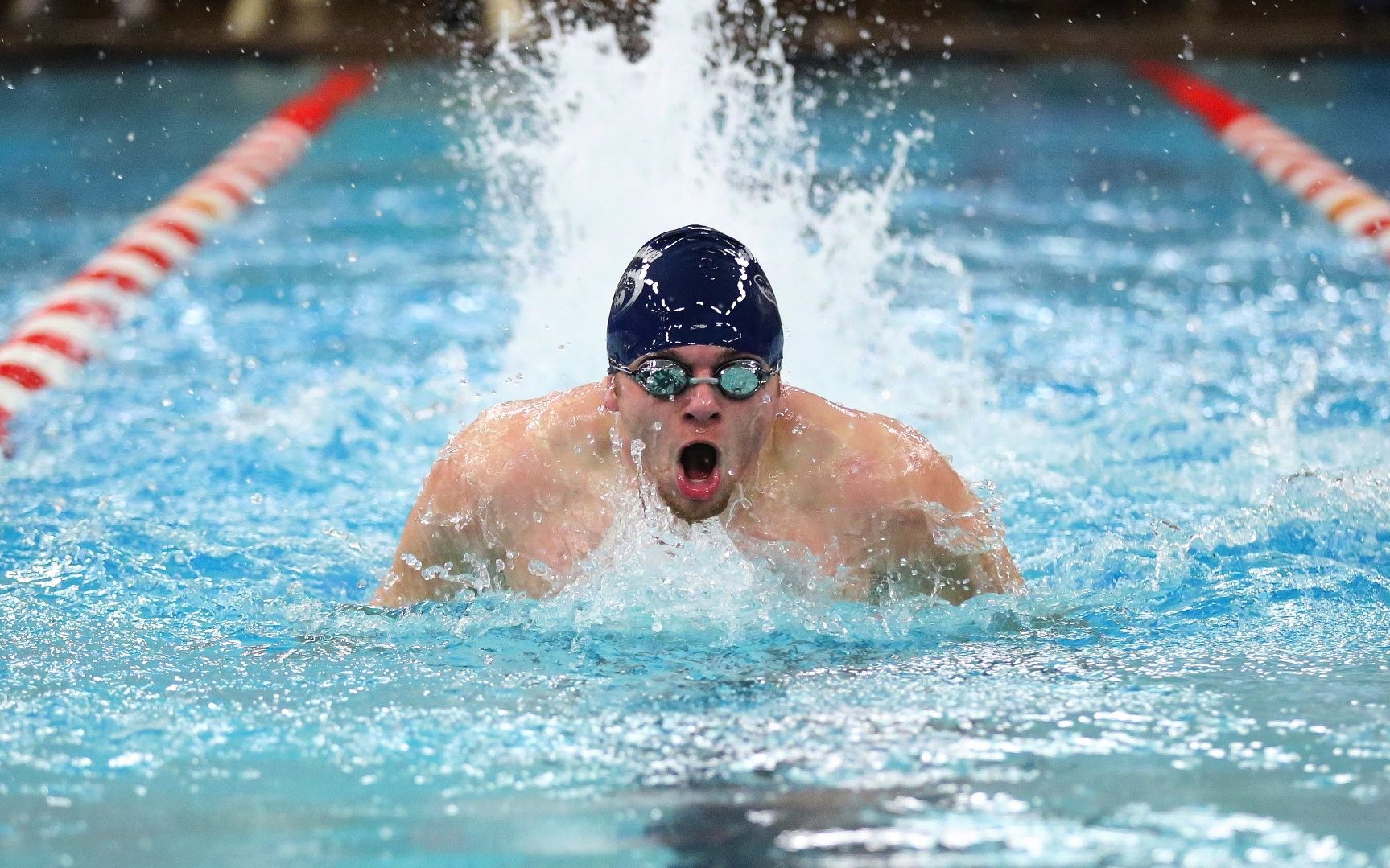 at Alma College, was impressed with Saturday’s performances.

“I’ve seen faster swimming, but I’ve never seen so much fast swimming as I did here today,” he said. “Our guys outperformed all my expectations today.”

Also taking a first for Gladstone was senior Thomas Prica in the 100 butterfly (57.09).

“I added about three seconds today, but times tend to fluctuate,” said Prica. “We’ve been swimming against these teams for years and years as a YMCA team. It’s nice to be recognized as a high school program. This is just another day of trying to get it done. You just can’t let the atmosphere get to you. It’s not different unless you make it different.”

Sault Ste. Marie was especially successful in Friday’s diving competition, where it grabbed three of the top four spots.

“Staying calm was the key,” said Flickinger. “Last year, I got stressed out and didn’t do as well as I hoped. Our coaches gave me some good advice, and having the competition in practice helped.”

“Kyle had a very good score,” he said. “He has all the mechanics down. From the beginning of the season, we knew we had a pretty strong team. Then, about mid-season, we felt pretty confident we could place high up here. It takes a lot of mental toughness to be a diver. It’s about 30 percent physical and 70 percent mental in my mind.”

“I didn’t think we’d win it because we were such an underdog,” said Olson, who anchored that relay. “The adrenalin just kind of kicked in for everybody. I knew where I was, but didn’t feel anything. I wasn’t sure we had won. We were really excited to get it.”

“I had a real good start in the 50. My feet and legs worked together real good. It helped to be seeded first. That got my confidence up.”