KINGSFORD — History was made in the Upper Peninsula Division 3 Track & Field Finals on Saturday as the Dollar Bay Blue Bolts were crowned champions for the first time with 67 points.

They were followed by Pickford with 55 and Rapid River with 47. 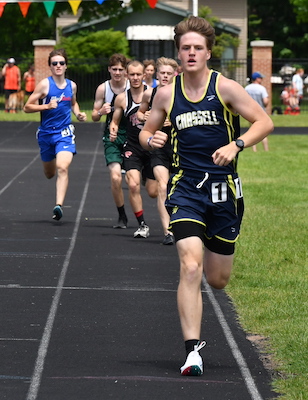 “We got it done,” said senior and Bay College basketball recruit Davin Hill. “Our coach pushed us hard all year. Our practices were harder than the meets.” 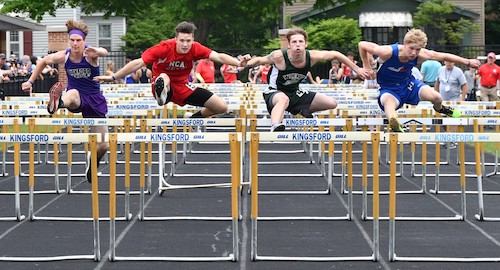 “I did a lot of visualization about how I thought the races would do,” said Kytta, who’s considering running at Michigan Tech. “I put in a lot of training to get better. I don’t think the heat affected me too much.”

“Our handoffs looked pretty good,” said senior Caleb Klein, who anchored the winning 800 relay. “This was our best time all year ,and I think the competition helped us a lot. All the adrenalin from all the fans being here also got me going.”