As a senior at Sterling Heights Stevenson during the 2009 season, Jason Fracassa lit up the high school football world with his aerial display.

Fracassa shattered the MHSAA career totals for passing yards and touchdowns held by Mill Coleman of Farmington Hills Harrison. Fracassa also etched his name into the national record book in three career passing categories before the remarkable run ended with a 31-21 loss to Detroit Catholic Central in the Division 1 Final at Ford Field.

The numbers he posted at Stevenson indeed were staggering. And just more than a decade later, after securing two undergraduate degrees and a masters in finance from Walsh University in Ohio, Fracassa lives in Auburn Hills and continues to crunch numbers – now for a development company in Birmingham – while also planning for a Sept. 12 wedding to fiancé Kelsey Torzy.

Fracassa has always been a highly-motivated person, and that held true in the classroom and as a three-sport varsity athlete and continues now in the business world. But while driven by success, Fracassa doesn’t dwell on what he accomplished in the sports world – which also included Division II college careers in both football and baseball. What was important then remains so now, and those are the relationships he built through trust, hard work and having a little fun.

“I miss going to practice each day and hanging out with my friends,” he said. “Just walking around school and trying to set an example to the kids, that’s what was important. I’ll go to the golf course now and I’m with all of my friends. That’s what it’s all about. That was the best part. We had the best relationships, no matter if we won or lost. Playing for Coach (Rick) Bye and your friends, that’s the best memories I have.”

A four-year varsity starter for Bye, Fracassa led Stevenson to a combined 23-3 record over his last two seasons, culminated by that fourth trip in program history to an MHSAA Final.

During his junior season, Fracassa threw for 3,353 yards and 34 touchdowns over 12 games. He then took aim at Coleman’s career passing records for touchdowns (77) and yards (7,464), records that had stood for 20 years. 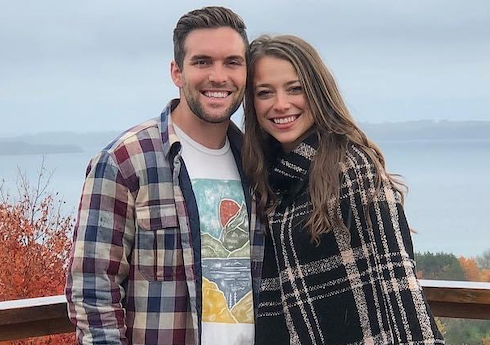 Fracassa and his teammates put on a show that 2009 season as he threw for 4,433 yards and 44 touchdowns. His career (10,615) and single season (4,433) passing yards remain MHSAA records, the career total by nearly 2,000 yards. Fracassa also continues to own the records for career passing attempts (1,104) and completions (656), accrued over 44 games, and he briefly held the MHSAA record for career TD passes with 97 before it was broken in 2013. The career attempts and yards and senior-season yardage all rank in the National Federation record book as well.

Fracassa credits the coaching staff at Stevenson for the success he and his teammates enjoyed. He couldn’t have imagined playing for anyone but Bye and his staff. Fracassa said he’s spoken with many of Bye’s former players, and they all agree playing for Stevenson and Bye was a phenomenal experience.

Like Fracassa, Bye – who retired after 2009 with a record of 268-94 over 35 seasons – also keeps tabs of his cronies by playing golf once a week with former assistants like Ken Fiott, Jerry Lajeunesse, Larry Zimmerman, Joe Emanuele and D.J. Hill among others. Bye is quick to point out that many of his former players, including Fracassa, keep in touch on a regular basis.

“I saw (Fracassa) at a Stevenson playoff game,” Bye said. “He calls me at least once every two months or so to see how I’m doing. I appreciate that. He was always a highly-respected kid. He’s not a kid anymore.”

Bye recalls hearing about Fracassa when Fracassa was in the eighth grade at St. Lawrence in Utica. Fracassa enrolled at Davis Junior High, Stevenson’s feeder school, for his ninth grade and tried out for the football team not knowing whether he’d make the varsity or not.

“His dad wasn’t pushy one bit,” Bye said. “(Rick Fracassa) asked if Jason was going to be on the JV. A big reason he wanted his son to come (to Stevenson) was Joe Emanuele, who was our baseball coach, and Rick knew Joe had a good program. He wanted Jason to play baseball, too.

“Jason came out and won the (quarterback) job. He proved himself. And he had to win over our seniors.”

Jason Fracassa said that was the hard part – convincing a group of seniors that a freshman could come in, start at quarterback and lead the team can be daunting.

“I knew I could compete at that level,” Fracassa said. “It was more of my getting to associate myself with the older players. That was the most difficult part. The coaches were always there to back me.” 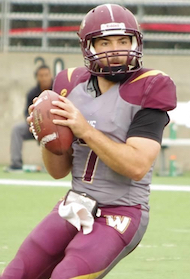 Stevenson made the playoffs that 2006 season finishing 5-5. The next season was rough as the Titans lost a number of close games and finished 2-7. Stevenson improved substantially to 10-2 in 2008, losing to Lake Orion, 38-36, in a Regional Final.

That all built up to the memorable 2009 season, which included a tense Semifinal game against Clarkston won by Stevenson 37-35 on a Fracassa scoring pass on the final play.

After a busy and accomplished prep career, Fracassa maintained a hectic athletic schedule in college first at Northwood University – where he started on the baseball team for three seasons and was a member of the football team for two.

After sitting out a term, Fracassa transferred to Walsh, located in North Canton, Ohio. There he revived his football career starting at quarterback his last two years. Walsh, then a recent addition to the Great Lakes Intercollegiate Athletic Conference, nearly upset conference power and undefeated Ferris State in Fracassa’s final game. Fracassa threw his second touchdown pass of the game to give Walsh a 42-32 lead with 9:38 left before Ferris State came back with two touchdowns, the second with 36 seconds left, to win 46-42.

Fracassa hasn’t completely abandoned football since his last game at Walsh. He and his father coached the Oakland University club team in 2018 and that team reached a championship game. Jason was the offensive coordinator, his father the head coach – branches from the coaching tree rooted with Jason’s grandfather Al Fracassa, the second-winningest high school football coach in MHSAA history and Bloomfield Hills Brother Rice legend.

“We had a great run,” Fracassa said, “and any other year could have taken the championship trophy.”

PHOTOS: (Top) Jason Fracassa rolls out during the 2009 Division I championship game at Ford Field. (Middle) Fracassa and fiancé Kelsey Torzy. (Below) Fracassa drops back to pass while playing for Walsh. (Middle and below photos courtesy of Jason Fracassa.)