Elyse Finch started playing football when she was 9 years old. She came up through the community league, played junior varsity as a freshman and sophomore and joined the varsity toward the end of sophomore year on the way to moving up as a junior this fall.

So playing the “boys” sport isn’t new to her, and it’s not as rare as many still think.

True, the girls who play high school football in Michigan make up a very small percentage of the more than 32,000 participants in the sport each fall. But 138 girls played in 2020, the fifth straight season with more than 100 taking part.

And Finch’s contributions to the Royal Oak football team are providing a path forward in more ways than one.

She just completed her first season as a starting offensive guard for a Division 1 school with more than 1,500 students, in part helping to open up running lanes for her teammates carrying the ball.

“I do feel kinda special sometimes, knowing I’m doing something that a lot of people have been reluctant to do,” she said. “I just really want to change that, change the view of how people see females in a sport like this.”

Her mom made the initial suggestion to give football a try, and Finch fell for the sport right away as she learned the game at the youth levels. The jump to high school a few years ago was similarly smooth.

Among family, Grandma was nervous – but Finch’s two older brothers also have given her tons of support. 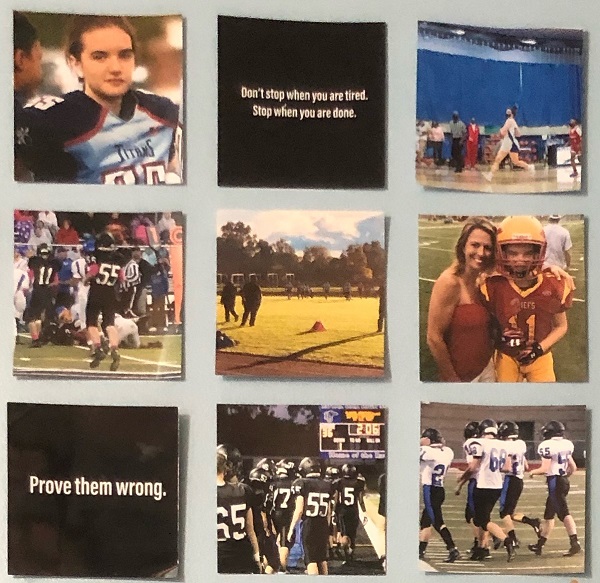 As soon as Elyse met her coaches, she realized how much she adored them. “They believe in my every day, and they tell me they believe in me, and that makes the sport that much better,” she said.

Finch had grown up with some of her teammates, and “they treat me just like everybody else.”

And Finch’s other friends “haven’t seen me any other way.”

Just like any offensive guard, she loves the satisfaction of getting a good block. She loves pulling – running around the line and ahead of a play instead of blocking straight ahead – and finding that defender waiting and “just coming and blowing them up and ruining their day is just so much fun.”

But she does want people to see female football players differently – until they see everyone on the field the same.