Kalkaska and the rest of the Lake Michigan Conference may not know much of the basketball family history of Harbor Springs point guard Olivia Flynn.

But likely they know all of her high school basketball history.

Flynn, just a freshman for the Rams, has already racked up three 30-point plus performances – over just five career games – entering tonight’s LMC game at home with the Blazers. The Rams are off to a 5-0 start under first year coach Amy Flynn, also the mother of the Rams’ emerging star.

And, the Harbor Spring boys are off to a 3-1 start under first year coach John Flynn, Olivia’s father. The boys suffered their first loss Thursday, to Kalkaska, 51-48.

Last year, Olivia was an eighth grader at Petoskey. She transferred to Harbor to be a part of the growing Flynn family basketball history. Her grandfather, Joe Flynn, is a member of the Harbor Springs High School Athletic Hall of Fame.

Joe Flynn began working for Harbor Springs schools in 1968 as a middle school social studies teacher. He left a lasting impression shaping and molding many Harbor student athletes’ lives during a career spanning more than 30 years. 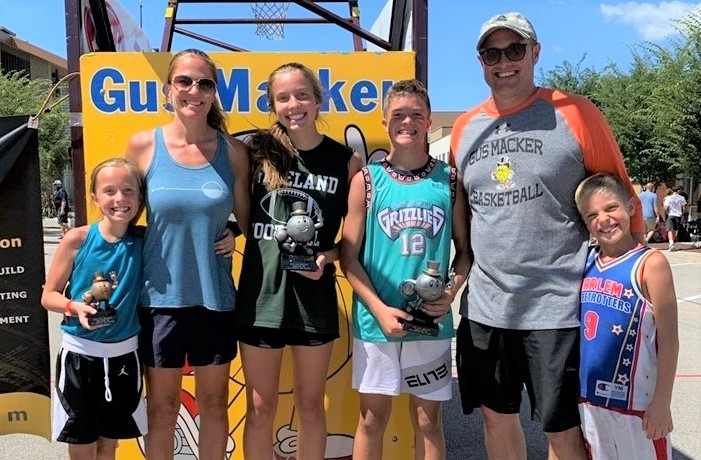 John Flynn starred for the Petoskey boys basketball team for three years and coached the Northmen the last three seasons. He’s a member of the Petoskey High School Athletic Hall of Fame and the Northmen went 43-16 under his guidance. But he grew up and spent most of his years in Harbor Springs.

The Rams girls varsity helm is Amy Flynn’s first high school head coaching job. But she’s no stranger to coaching youth basketball, and both she and John played at Grand Valley State. She and her husband also coached at East Grand Rapids High School.

Olivia urged her mom to apply for the Rams vacancy, knowing of her 1995-1999 Great Lakes Intercollegiate Athletic Conference record-setting basketball career and all the knowledge she had gained from her mother’s previous experience.

“I wouldn’t want anyone else besides my mom coaching,” Olivia said matter-of-factly. “My mom’s always been there to help me get better.

“She has high expectations of me, so there is no other coach I would want.”

The 30-point performances, the most recent 38 in a lopsided win over Harbor Light Christian, is putting a little pressure on the freshman star. But the first-year coach is not feeling it.

“I don’t feel like there is pressure, just because when Olivia gets out there on the court it’s just so natural,” Amy Flynn said.  “There is nothing forced. The game comes to her.”

“They had a huge impact on Olivia’s career,” Amy said. “The (Michigan) Mystics have been a great team for her and all the experiences.” 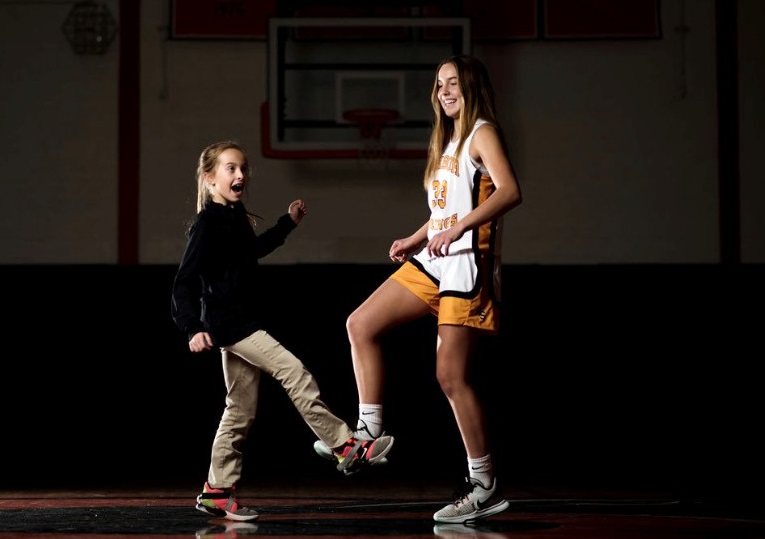 Amy Flynn has watched her daughter’s growth and feels blessed to have a team of players wanting to grow in the game of basketball. Athletes with a winning attitude and desire to learn were awaiting when she took over the Rams.

“Whether she continues to score 30 points or not, her game just will come along and she will bring her teammates along with her,” Amy said.  “These girls are amazing – it was all there for me — already set more or less.”

Making the move to Harbor for the Flynn coaches was the best thing for their family, which also includes their second-grade son and boys team manager Johnny, fifth-grade daughter and girls team manager Alaina, and eighth-grade son and member of the Harbor middle school basketball team, Braeden.  Another factor was the boys coach’s fond memories of playing for his father.

“I was apprehensive to take this position just because I didn’t know how Olivia would feel about it,” Amy Flynn said. “When she came to me a said, ‘Mom there is a girls opening in Harbor Springs and I want you to take it,’ I said, ‘You want to transfer from Petoskey and you want me to coach … are your sure about this?’ And she said, ‘Yep, and I will learn more from you and this is something we’ll never forget.’

“My husband (John) was on the same page,” the girls coach continued. “He said, ‘These are going to be four short years of her life and our lives. We’re going to do this as a family. If you want this, we’re all in.’”

So far, Olivia is loving high school basketball at Harbor. She’s expecting more difficult challenges ahead though, as she steps on the court each night sporting her No. 33 jersey.

“I am excited I started off on this foot, but I know we have some bigger games coming up too,” she said.  “So I have to dial in and focus and get prepared for those games.

“They are going to be tougher competition, so I have to get ready for those.”

PHOTOS (Top) Harbor Springs’ Olivia Flynn (33) has a spring in her step as she comes off the floor during last Friday’s win over Grayling. (Middle) The Flynn family, from left: Alaina, Amy, Olivia, Braeden, John and Johnny. (Below) Olivia and Alaina share a fun moment. (Photos by Sarah Sheperd.)