LANSING – St. Louis senior Riley Smith ended her first and only season of varsity bowling with an MHSAA Division 4 Finals championship and a smile as wide as Lane 52 at Royal Scot Bowl.

Smith’s high game of 190 – more than 30 pins above her season average – helped the Sharks defeat Clinton 1,197 to 1,072 on Friday afternoon for the school’s first-ever team title.

“We were very nervous,” Smith said, “but in the end we were able to relax and have fun. As a team, I think that made a big difference for us.”

St. Louis advanced out of the qualifying rounds in seventh place, 92 pins ahead of Clinton. The Sharks defeated Sandusky (1,179-1,168) in the Quarterfinals and Tri-Valley Conference West rival Ithaca (1,143-1,122) in the Semifinals en route to the title match.

“Our goal was to come in and take it one step at a time,” said St. Louis coach Kyle Woodcock, “but we almost didn’t make it through the qualifying. We struggled in the Baker games early on.

“But I told the girls, once you get into the brackets it’s anyone’s game. We covered our spares and made the shots we needed.”

Woodcock has led St. Louis to the MHSAA Finals four times in 12 years, but this was the first time the Sharks advanced beyond the round of eight.

“It’s a pretty special group of girls,” said Woodcock, whose team finished the regular season 14-2 overall and second in the TVC West behind Ithaca. “We had a really strong team last year and everyone graduated. So, with the exception of Jasmine Lowe, this was a completely new group.”

White’s strike in the final frame closed out the victory for Hanover-Horton, which got off to a slow start in the qualifying rounds but finished seventh to secure a spot in the Quarterfinals. 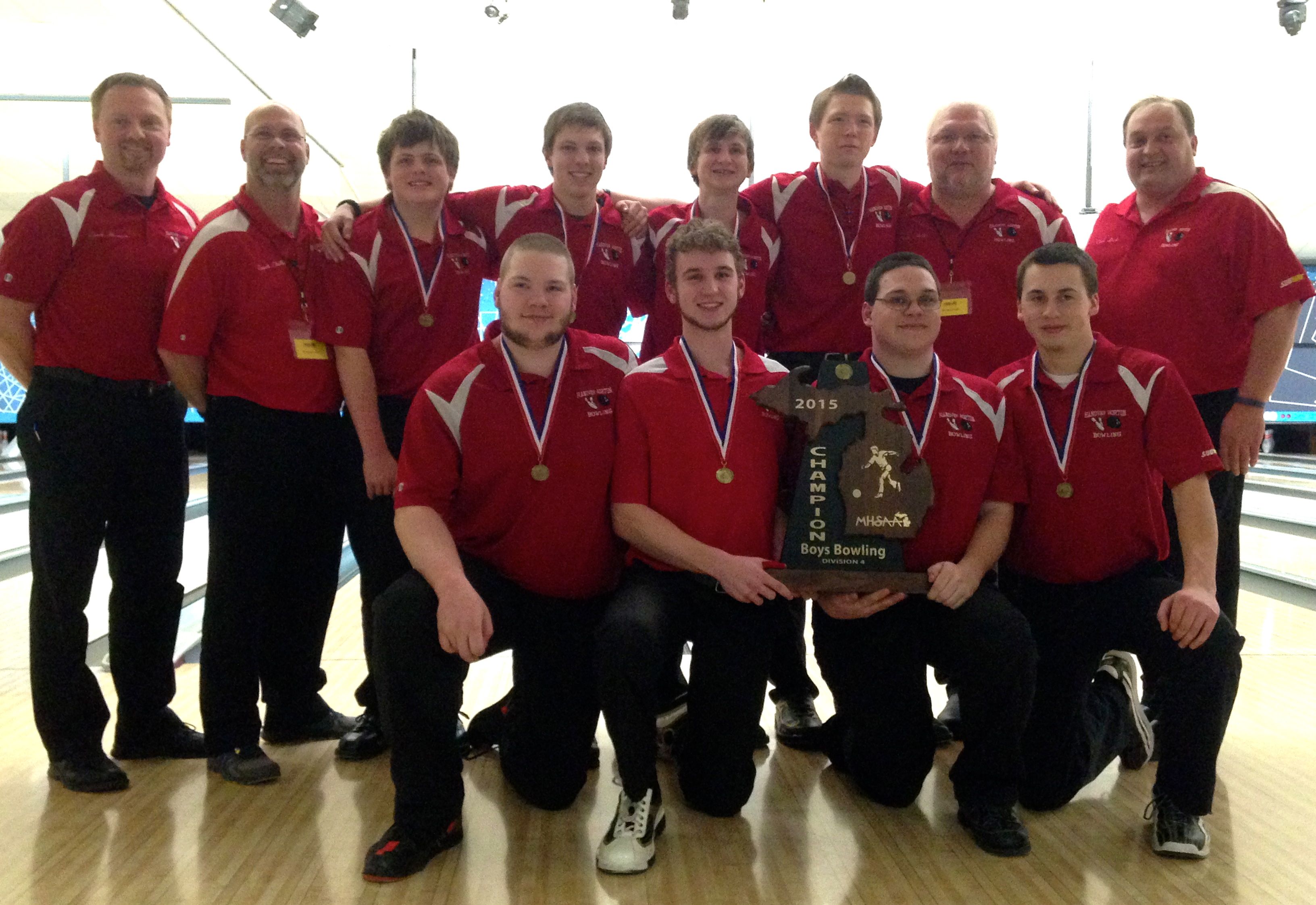 “Back-to-back win by 11 pins each was a little too close for comfort,” said Smith of the first two rounds in bracket play.

His match-winning strike, though, was never in doubt.

“I’ve dreamed about holding the ball at that particular moment, on these lanes, for the entire year,” said White, who rolled a game-high 247 in the Final. “I wasn’t going to let it get away.”

Hanover-Horton coach Joe Childs said afterward he thought the Regional championship the week before was going to be the highlight of the season. Trailing Bad Axe by 54 pins in the Final after the two Baker games, he decided to flip his lineup from bottom to top.

“I was going to be either a hero or zero,” Childs said.

“Last year we were more talented and had depth on the bench,” said Childs, who has recovered fully after having suffered a stroke in December 2013. “This team really meshed well. They were happy to be here and performed well.”