Girls bowling teams in the Flint area do not need to drive far to find high-level competition.

A 28-mile route can be taken from reigning Division 3 champion Birch Run – just north of the Saginaw/Genesee county line – to Division 1 champion Davison. And along the way, one can see 2016-17 Division 2 champion Flint Kearsley out the window.

It’s quite a consolidation of power in a single sport, but one that shouldn’t be too surprising to those who follow bowling.

“Whenever you think of bowling alleys,” Birch Run coach Teddy Villarreal said, “you think of either the Flint area or Detroit.”

The majority of girls bowling teams in the state will spend their seasons chasing these three teams. Some – including Birch Run, which claimed its first MHSAA title last winter – have been doing that with Kearsley and Davison for years.

“Whenever you go to a tournament and you hear Kearsley and Davison – remember when (Michael) Jordan was playing basketball? That is what it’s like whenever you’re facing Kearsley and facing Davison,” Villarreal said.

The Kearsley and Davison bowling rivalry is a friendly one.

The two schools are about 10 miles apart. Rob Ploof, who coaches both the Kearlsey boys and girls, and Davison boys coach Bob Tubbs stood in each other’s weddings as the best man.

Their girls teams have mirrored each other in recent years, each having won five of the past six MHSAA titles in their respective divisions. Since the frequent meetings between former Big Nine Conference foes now happen in nonconference tournaments, they serve mostly to benefit both teams in a competitive sense. 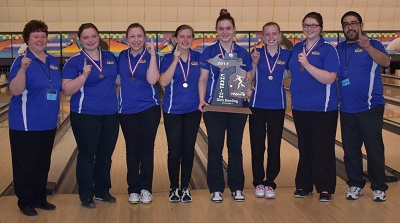 “We see them at a lot of tournaments, and we’re kind of close to their team, I would say,” Kearsley senior Barbara Hawes said. “We’re rivals, but I feel like it’s just a friendly competition, and it’s competition that makes us better because our scores are so close and we have the same end goal.”

They weren’t always the teams being chased, of course. Early in his tenure, Ploof made a point to seek out Sterling Heights Stevenson, which was a state power in the mid-to-late 2000s.

“When I started my first year of coaching, Sterling Heights Stevenson had won a state title, so I wanted to find out who the coach was and ask him how he did it,” Ploof said. “He said, ‘Get your kids into tournaments, and get them good competition.’ I said, ‘Which tournaments are you guys in, because I’m going to those ones.’”

The Kearsley and Davison girls each reached the pinnacle in 2012, claiming their first MHSAA Finals titles and starting their current runs of dominance.

While seeking out top-notch competition has been a big part of the rise of both programs, perhaps the biggest has been the youth bowling scene in the Flint area, which Ploof said is tremendous. He credits a lot of that to Jim Teuber, the owner of Richfield Bowl, which serves as Kearsley’s home venue. Ploof said Teuber runs a youth program that busses about 150 kids to the bowling alley to learn the game at a young age.

Middle school programs in the area also seeing high turnout, which feeds into the high schools.

“The whole Flint area is kind of on board with that,” Ploof said. “Last year, we had 50 teams in our program -- Kearsley had six, Davison had five, Grand Blanc has six teams -- that definitely makes bowling for kids in our area better. That’s why you’re seeing the success from our area; it’s starting with the middle school kids.” 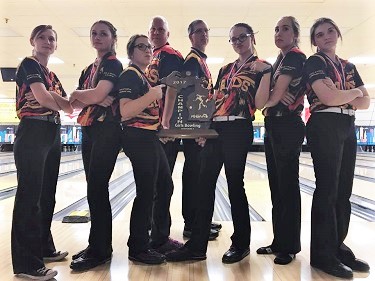 Competing for Kearsley is something bowlers look forward to from an early age. This season, 22 girls tried out for the team, allowing Ploof to field multiple junior varsity squads.

“I think that it’s what everyone aspires to get to throughout their years,” Hawes said. “We have a lot of youth programs, and most of the kids that work at the bowling alley are the high school bowlers who are like coaches. In our bowling alley, we have the mini state title trophies, and we have our banners up, so they see those things at a young age.”

While the bowlers at Birch Run don’t aspire to be members of the Kearsley team, they have been looking to get to that level. There’s still a ways to go to achieve that type of sustained success, but the Panthers feel they’re at least on the right path.

“The bowling teams before us (at Birch Run) were pretty good, and definitely set high standards,” Birch Run junior Madison Hoffman said. “I think we’ve definitely improved, and you could say we definitely achieved a lot of our goals, and we really set the standards higher.”

Hoffman added that she and her teammates believe they can compete now when they see Kearsley or Davison in a tournament, which is a big step forward.
It’s something Hawes and her Kearsley teammates welcome.