BROOKLYN — Ava Strenge's goals were constantly being upgraded as she made her way along the five-kilometer cross country course at Michigan International Speedway on Saturday.

She didn't come into the MHSAA Lower Peninsula Division 4 meet as one of the favorites, having placed 73rd last year on what was admittedly a bad day.

"I was hoping for a top 10, at best," the Battle Creek St. Philip sophomore said.

Then the race started to unfold. Strenge found herself near the front of the pack, within striking distance of first place.

"Maybe at the mile point, I was second or third, and I thought I could do a top three," she said.

"I didn't think about that until that straightaway," she said.

Turning on the jets down the final long straightaway at MIS, Strenge won a three-girl battle for the championship with a time of 18:54.5.

"I was really relieved," Strenge said. "Usually the straightaways are where people get me, because I'm not a good sprinter. I can't go that fast."

Strenge beat her personal best of 19:14.6 set in the regional meet.

It was a much better finish to the season for Strenge, who ran 21:13.3 at MIS last year after dipping below 20 minutes four times during the season.

"The nerves," she said, trying to offer up a reason for last year's disappointment. "I might have overtrained that last week, because it was my first year and I was really excited. I might have overdid it." 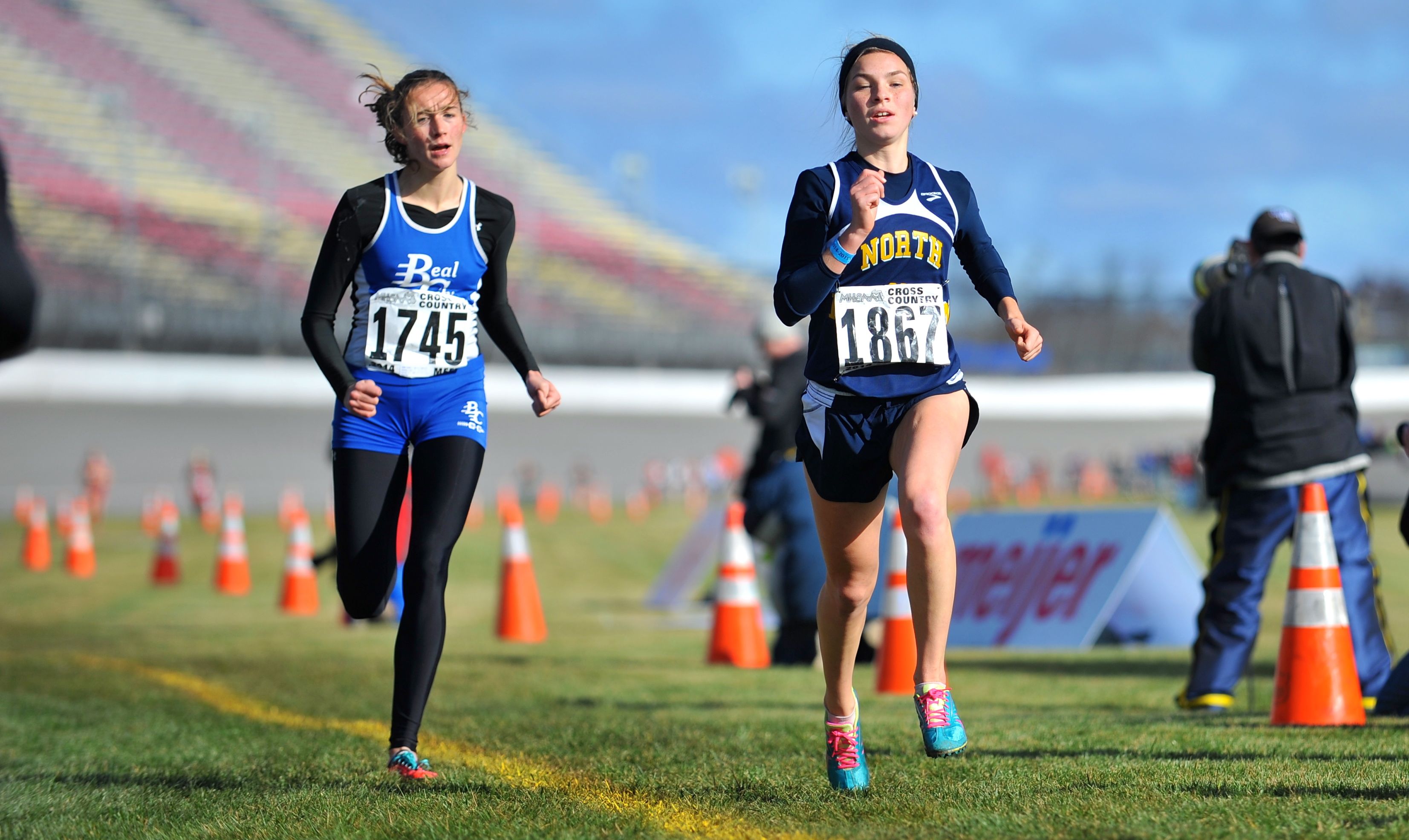 Hackett was second with 108, followed by Sacred Heart with 130.

Hackett had four runners cross before Beal City’s fourth did, but there was a 16-point difference between the schools' fifth and final scorer.