This spring, more than 60 years after she graduated from high school, Pat Hayes is officiating five and sometimes six girls lacrosse games a week.

The sport has grown significantly especially over the last 20 years, and there are games at all levels to be played. And Hayes, who has helped guide that growth from the sport’s start in Michigan, has helped make sure those games do get played whether as the assigner of officials to work them, trainer of officials build up the ranks or often as the umpire herself. 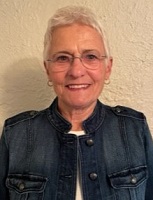 “I played four sports in high school; that’s all we had back then – basketball, swimming, field hockey and tennis,” Hayes said. “And (my coach) said to me, ‘Just remember the last time you didn’t have officials on one of your field hockey games, or basketball games.’ I said, ‘Well, we always had umpires.’ And she said, ‘When you leave here, that’s your time to give back to the next girls. And I’ve been doing that ever since.”

A knowledgeable leader and valued voice for girls lacrosse from its start in Michigan, Hayes’ dedication to the sport began long before its eventual sponsorship by the Michigan High School Athletic Association began with the 2004-05 school year. A longtime coach and official, Hayes has helped guide the growth of the sport most recently as one of the most respected umpires, officials assigners and trainers in the state – and she is being honored for those contributions with this year’s MHSAA Vern L. Norris Award.

The Norris Award is presented annually to a veteran official who has been active in a local officials association, has mentored other officials, and has been involved in officials’ education. It is named for Vern L. Norris, who served as executive director of the MHSAA from 1978-86 and was well-respected by officials on the state and national levels.

Hayes is in her 22nd year as an MHSAA-registered official, a tenure which has included eight years of soccer, five of volleyball and one of basketball – and every season of lacrosse since it became an MHSAA-sponsored sport nearly two decades ago. She also has built a legendary international career as an official for field hockey, which while not an MHSAA-sponsored sport is played by more than 30 of the state’s high schools.

Hayes has officiated both field hockey and lacrosse since graduating from Detroit Western High School in 1958. She also has more than three decades of coaching experience across multiple sports, and is best-known by the most recent generations in her sports as a prized trainer and officials assigner especially in lacrosse and field hockey.

“My reward, when I train somebody, is watching them excel, and my real reward is if they get picked to do a (MHSAA) Final, and there have been several of them that I have trained that have done that,” she said. “And several of them now are doing college lacrosse, which is even more of a reward for me. Watching them go and excel and move on to the next level is my reward.”

While still a student at Wayne State University in 1960-61, Hayes coached field hockey and started the lacrosse program at Grosse Pointe Sacred Heart Academy. After two years there, she moved to Bloomfield Hills Academy of the Sacred Heart, where she remained until 1970 teaching chemistry and biology, coaching field hockey, lacrosse, basketball and volleyball and serving as athletic director as well.

She then left teaching with the birth of her second of three daughters, but continued to officiate. When her daughters reached high school at Birmingham Seaholm, she returned as a coach of the Maples’ freshman boys and then junior varsity girls basketball teams. In 1985 she began a 22-year stint at Detroit Country Day coaching girls lacrosse with five years also coaching freshman boys basketball. She coached the Yellowjackets girls lacrosse team to the first Division 2 championship game and a runner-up finish in 2005.

Hayes currently assigns lacrosse officials for 28 schools as part of the Lacrosse Zebras Organization of Michigan. She has worked seven MHSAA Girls Lacrosse Finals and also officiated college lacrosse at the Division II and III levels. She is retiring this spring after 35 years assigning girls soccer officials as well.

Perhaps her most legendary work has come in field hockey. She played on the U.S. national team and over the last half-century has been considered among the top field hockey officials in the world. She has officiated that sport at the college level for 45 years, with an NCAA Championship assignment in 1986, and she also officiated three World Cup tournaments and the 2004 Olympics as a technical official. She assigns officials for all of Michigan’s high school field hockey games during the sport’s fall season.

"Pat has been a leader and pioneer in officiating, especially creating opportunities for female officials. She has been a true leader for years in lacrosse, soccer and field hockey," MHSAA Executive Director Mark Uyl said. "She has that perfect combination of compassion, toughness, grace and grit. Michigan's officiating community is fortunate to have Pat Hayes."

Hayes graduated from Detroit Western High School in 1958 and with a bachelor’s degree in education from Wayne State University in 1962.

In addition to her continued service to athletics, Hayes has received the Good Neighbor Award for volunteering with the Quarton Lake Neighborhood Association in Birmingham.

Hayes and husband John Hayes were married 50 years, until his death in 2016. Their three daughters all played college athletics, but not lacrosse or field hockey – instead golf, volleyball and soccer.

Previous recipients of the Norris Award