"It was a complete shock," said Carlee McCardel, who helped the ER/SF team to victory. "(We had) no idea. My brother and a few of the siblings were (doing the math), but I said, 'Don't tell me, I want to be surprised.' With skiing you never know what could happen. The calculations can mess up. I wanted to wait until now. It makes it better."

The Elk Rapids/St. Francis boys finished second only to six-time reigning champion Petoskey in their meet, making for a special day all around for the program. 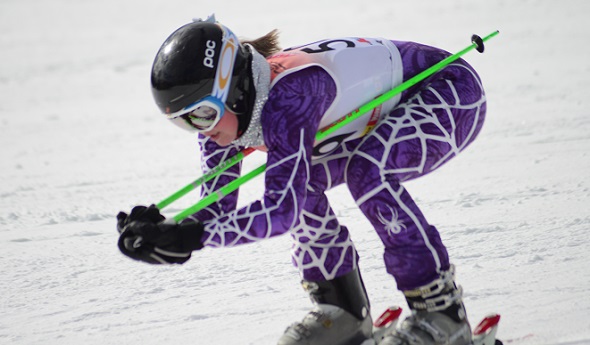 "I think I might have slept two hours last night, because I didn't know what direction the weather was heading," Ferrism added. "Lucky for us, it got colder and our athletes adapted to the conditions."

Houghton/Hancock did sweep the individual championships. Jenna Stine won the slalom in 1:02.94, followed by teammate Allyson Fenton (1:04.61) and McCardel in third (1:05.01).

"To have our team finish second while winning the slalom and giant slalom is pretty impressive," Stein said. "I couldn't be happier for my team."