The Lowell junior skier has endured an up-and-down season, so a first-place finish was a gratifying accomplishment.

“I actually shed a few tears at the bottom of the GS course, but they were tears of joy,” Byrne said. “It was a little rocky to begin the season, so finishing like that felt really good.

“I had high hopes and a lot of confidence going into Regionals. I knew I could ski well enough to finish like that, so I’m just glad I pulled it out.”

Byrne clocked a winning time of 52.88 seconds to win the giant slalom and also finished runner-up in the slalom (1:05.51).

She qualified as an individual for the Finals, which will take place Feb. 22 at Boyne Highlands.

Byrne’s younger brother, Colton, also advanced to the Finals by placing second and third, respectively, in the slalom and giant slalom.

The opportunity to compete this season amid the pandemic has been a blessing for the siblings.

“It’s been great,” Kaylee Byrne said. “Skiing is a huge part of my life, so if I had missed that it would have crushed me a little bit. I was really thankful for that.”

Skiing, non-contact and competed outdoors, was allowed to begin activity first among winter sports, on Dec. 21.

Lowell ski coach Karla Byrne was thrilled to see her children return to the sport toward which they’ve dedicated many hours. 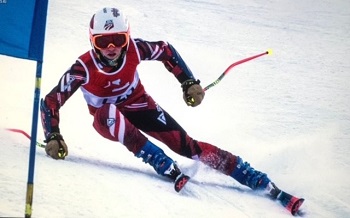 “It’s been amazing, and we feel so lucky,” Karla Byrne said. “I know how much my kids love the sport and how detrimental they would feel not to be out there. We knew we might not have a season, and we prepped them all summer long that it might not happen and for them to be pleasantly surprised if it did.

“When we found out that we could compete, we felt so fortunate to be one of the sports allowed to be out there and we’ve taken every precaution to stay out there.”

Kaylee Byrne has been racing competitively for the past seven years and has taken part in competitions in Colorado and the Upper Peninsula.

She has continued to improve since she first inquired about the racing gates at Cannonsburg Ski Area at a young age.

Kayla Byrne said her daughter is a student of the sport.

“She’s extremely dedicated and she’s training year around to make herself better,” Kayla said. “She’s super knowledgeable about the sport and studies it. She’s a way better coach than I’ll ever be. She reads, she learns and she watches. She takes that all to heart, and that truly puts her over the top.”

Kaylee Byrne enjoyed the camaraderie of the sport when she was younger, as well as the thrill of victory.

“My first two years racing, I had this group of friends and we were so close,” Kaylee Byrne said. “We caused so much trouble together, and then I started winning races. I was like, ‘I like winning, that’s cool’ and it just helped to have a great community and friendships that I made.”

Colton Byrne, a sophomore, said he and his sister encourage and support each other while pushing the other to ski their best.

“It’s definitely competitive, and we go back and forth a lot. We have good days and bad days at different times. One day I’ll beat her, and the other day she will beat me.” 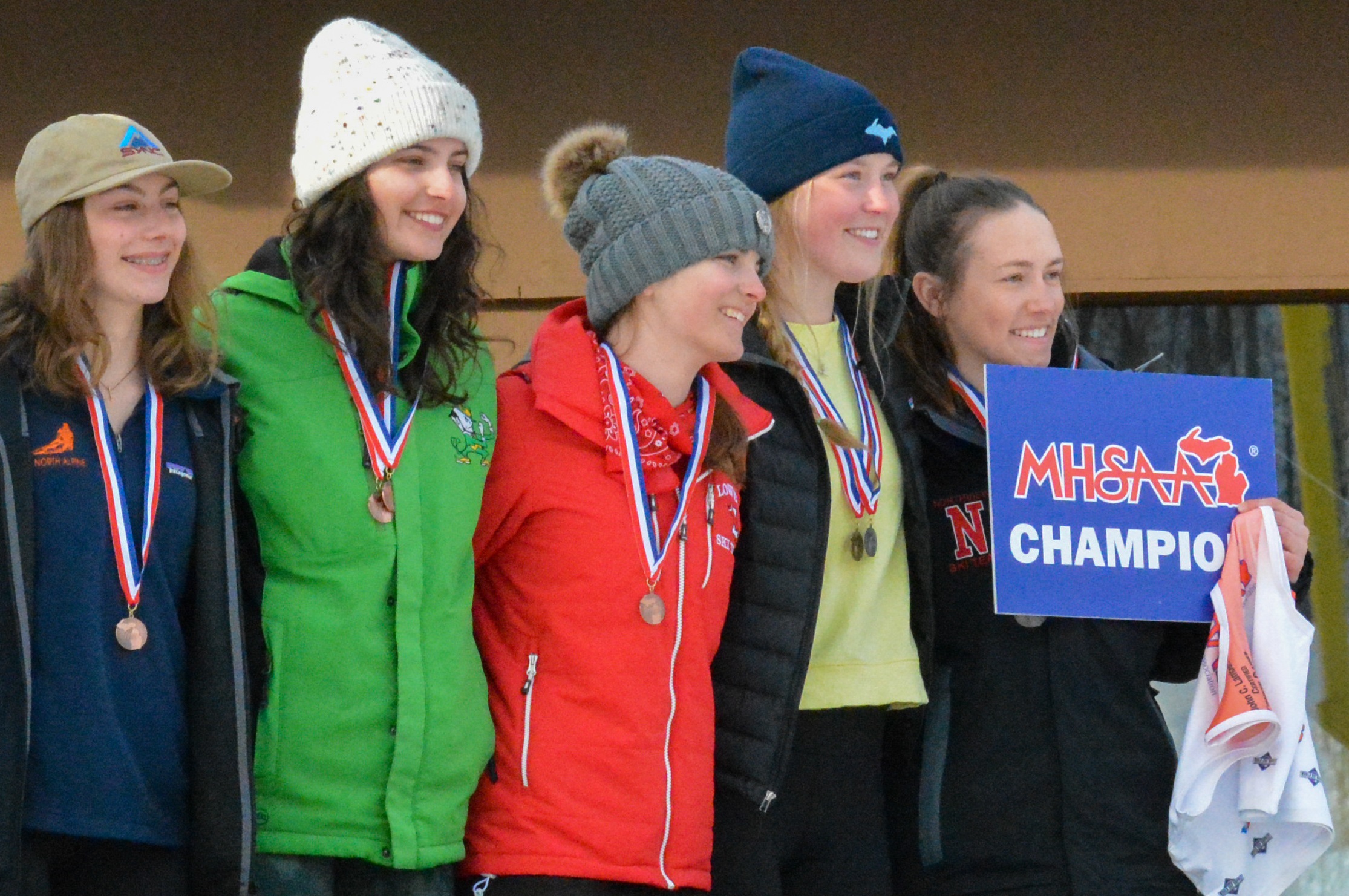 Added Kaylee Byrne: “We train on dual courses, and every time we race we’re both going all out trying to see who can beat the other one. It’s 50-50, and you just never know who’s going to win.”

The sibling rivalry has forged a close-knit bond.

“They really are best buddies, but there will always be a little competitiveness there,” Karla Byrne said. “If the two are out on the hill, you can bet they are trying to one-up each other a little bit, especially as Colton is growing and getting bigger and stronger.

“She certainly doesn’t ever want him to beat her, but it’s always been very friendly competition for sure.”

Skiing has become a family affair for the Byrnes, who also have a seventh-grader, Cooper.

The sport has allowed them to spend quality time together.

“We got wrapped up into it by chance almost, and it’s a great thing for them to do all winter long and it keeps us busy,” Karla Byrne said. “We go everywhere as a family together all winter long, which is really nice. It’s pretty unique to be able to do that.”

Kaylee Byrne, who also runs cross country and is a thrower in track & field, finished third in the giant slalom a year ago at the Finals.

She has similar aspirations this time around.

“I’m definitely gunning for top three, and I think I could potentially take first,” she said. “That’s always the goal.”

Colton Byrne, who’s been racing for the past six years, qualified for the Finals as a freshman and finished 23rd in the giant slalom.

“I think he can be competitive up there and finish in the top 16,” Karla Byrne said. “And we are hopeful that Kaylee can be in the top spots again, hopefully in both events.”