By John Raffel
Special for Second Half

After five straight second-place finishes at Finals, the Trojans hoisted the championship trophy for the first time since 2005.

“I think the girls got the monkey off their backs for a while, and hopefully we can keep it going,” Stanek said.

“The key was belief from the girls that they could do what they did. After you finish second for so many years, and that happened to us in the 1990s, it takes a while. But when you win, it takes the monkey off your back and makes it easier. We try to prepare them the best we can, and hopefully they perform the way they should.”

“I would think that we were probably favored coming in,” Stanek said “We had some problems in the slalom, and it wasn't our best performance of the year. But I think the state championship reflects that when teams get together and have to compete. I was proud of our girls, the way they came back and stayed with it even though after our first run in slalom, we could have been out of the race for the day.”

Hessler competed on last year's team champion for TC West. Her previous best individual finish was a sixth in the slalom.

“I knew I had a shot at it,” Hessler said. “There's probably eight girls who also had the same chance. We've all been back and forth all season.” 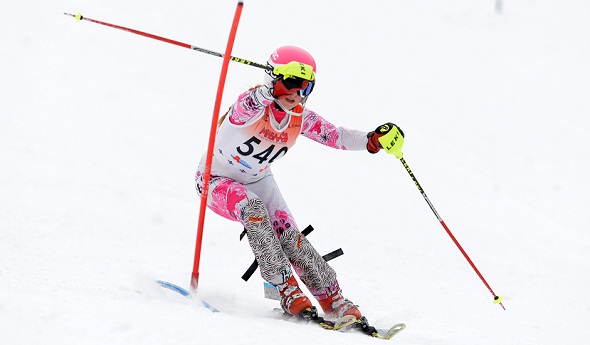 Shannon Weaver led the TCC effort with seconds in both the slalom and giant slalom.

Hessler knew what was at stake, but said she still simply wanted to have fun. She also saved her best for last.

“I knew it was my last race, so I wanted to give everything possible,” she said. “I knew it was going to be a close race, which it was.

“We're a young team this year,” Hessler added. “Our other girls are young, and they're great skiers, but they're young and definitely are going to be a team to watch for the next couple years.”

Hessler will look back at the 2012-13 as having exceeded her expectations. “This is unreal,” she smiled.

Those sentiments were shared by GS champ Slicker, a senior. She was third last year in giant slalom.

Slicker was coming off a torn meniscus in her right knee. It was her first time on skis in a few weeks

“I really didn't think I was going to be able to,” she said. “I had been on crutches.”