Sure, Grand Blanc, ranked No. 1 at the time, was the favorite – an overwhelming favorite by some estimations. That opinion alone places added pressure on the team that’s expected to win and, yes, Novi was the recipient of a Bobcats defensive miscue on the game-winning goal late in its 1-0 victory.

What is apparent is that many overlooked the Wildcats. Forget about the five losses they suffered during the season. No program plays a more competitive schedule, and much can be said of a team’s mental toughness after having faced high-level teams week after week. Novi caught fire at the right time and allowed just three goals over its seven tournament games.

Rest assured, no one will overlook Novi this season as the Wildcats are 8-0 and ranked No. 1 entering the month of May.

Todd Pheiffer is in his fifth season as head coach, and the 1992 Novi graduate is used to winning. He spent nine seasons at Ann Arbor Huron and guided the River Rats to the program’s only title (in Division 1) in 2008. He was an assistant coach under Brian O’Leary at Novi when the Wildcats won MHSAA Division 1 titles in 2010 and ’11. Novi has won six MHSAA titles in girls soccer, the most of any program at the Division 1/Class A level.

Pheiffer lives and breathes soccer. He’s coached the boys team at Novi since 2016 and he also coaches a club team. His first boys team at Novi reached the Division 1 Semifinals before losing to East Kentwood. Last season Novi lost in overtime to Detroit Catholic Central, 3-2, in a District Final. His daughter, Abbey, a sophomore, is the starting goal keeper after serving as the back-up. Todd Pheiffer and his wife, Michele, also have a son, Zachary, who plays on a U12 travel team. The Pheiffers are also math teachers – Todd at Novi, Michele at rival Northville.

Todd Pheiffer didn’t begin his professional career in education. After graduating from University of Michigan, he entered the computer software business but found that field unfulfilling. He went back to school and received his teaching degree in 2009 (from Eastern Michigan) before earning a master’s in athletic administration and educational leadership from Wayne State University. He spent a year teaching at St. Clair Shores Lakeview before going to Salem for a half-dozen years and then to Novi in 2015. 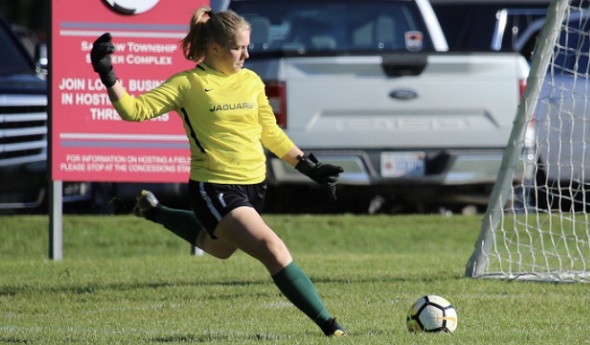 “It just kind of worked out,” he said. “I thought I’d go into computers and then be an attorney. I don’t make the money I used to, but I love what I do.”

Novi lost to Brighton in the Districts in Pheiffer’s first season with the girls team, then reached the Division 1 Semifinals the next before losing to Rochester Hills Stoney Creek – which went on to win the MHSAA title. Novi then lost to Plymouth in a Regional Semifinal in 2017 before breaking through last season.

“We had a few players back from the team that lost to Stoney Creek in a shootout, and I told them we could have won it that year,” Pheiffer said. “Last year we lost the last two games of the regular season and my captains got the team together and told them that’s not it, that’s not how we’re going to end our season. They got them back up and motivated. We knew if we won our District that we would host the Regionals and have a good shot at going far.”

The Wildcats received additional incentive from another source. After Novi defeated Troy, 4-1, in the Semifinal and Grand Blanc held on to defeat Midland, 1-0, words were said that provided locker room material.

“The girls were on their phones with each other saying did you see what the Midland coach said,” Pheiffer said.

Jessie Bandyk is a four-year starter as an attacking center-midfield and she clearly recalls what took place between the Semifinals and Final.

“We saw things in the paper, that Grand Blanc was a sure thing (to win)” she said. “Pretty much everybody felt that way. It gave us motivation. Honestly, I think we could have done it either way.”

That’s confidence. And that confidence is back despite Novi losing five senior starters to graduation, including goal keeper Callie Rich, and two defenders. Abbey Pheiffer’s play in goal has provided a significant boost. Abbey started seven games as a freshman, so she does have valuable varsity experience. Over the first eight games this season, she’s stopped 39 of 41 shots with six shutouts.

“I definitely credit our defense,” Abbey said. “Our team chemistry has been really good this season.

“Last year was a lot of fun. Novi always has a big target on (its) back. Now that we’re state champs and doing so well, they want to give us that loss. I remember in scrimmages the other players talking about how they wanted to beat us.” 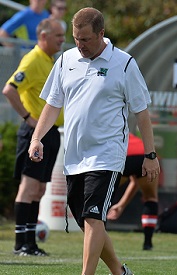 One of Novi’s best players is junior forward Avery Fenchel. She has a knack for scoring goals, and none was bigger than the one she scored against Grand Blanc in the 2018 Final. Fenchel led Novi in goals and points her first two seasons, and has eight goals and seven assists so far this season.

“She has a great field awareness and is very unselfish when she has the ball,” Coach Pheiffer said. “Although she loves scoring goals, she is always willing to make that extra pass when it’s the best option.”

Not to be overlooked is the play of its defenders, notably returning starters Lauren Calhoun, a senior center back, and sophomore Eva Burns, an outside back.

“Everyone wants to talk about who scored the goals and who had the assists,” Pheiffer said. “Our defense is definitely a strength.

“This season is tougher. There’s added pressure. We’re No. 1 now. Last year nobody looked at us. Our girls are motivated by that. We have a brutal schedule and play in a tough league (Kensington Lakes Activities Association). Plymouth is ranked No. 7 and Hartland is No. 4, and we play them both twice. Northville and Brighton are in the top 20 and Canton, which tied (No. 2-ranked) Grand Blanc isn’t even ranked.”

For Bandyk and the other four seniors who start, this is their final hurrah, their last chance not only to win a title but to play together as teammates.

“There’s a group of us who play travel together, and having chemistry outside of high school helps,” she said. “We set some goals before the season, not only to win a state title but to have more fun and to make the most of this season.”