WILLIAMSTON – Good things come in twos for Northville girls soccer, but even better in fours.

The Mustangs completed their perfect 23-0 march to the Division 1 crown Saturday afternoon with a 2-1 victory over Utica Eisenhower.

As they have all season, the Northville senior forward tandem of Megan Buckingham and Jamie Cheslik provided the scoring punch: Buckingham in the first half with assist from Cheslik, who scored unassisted early in the second half after gaining possession deep in the Eagles’ zone.

The Northville defense – which had held opponents to only four goals all season – was perfect until the 31:58 mark of the second half when Eisenhower junior forward Paige Duda cut the lead in half on a shot from just outside the 18-yard line.

The last eight minutes provided a few tense moments for fifth-year Northville coach Eric Brucker, who was an assistant on the 2004 team.

“I told them at halftime that one goal wasn’t going to win it,” Brucker said. “They’ve been scoring four or five per game throughout the playoffs, so we weren’t expecting a 1-0 game.

“We don’t get scored on often, but we’re mentally tough enough to make sure it didn’t happen again.” 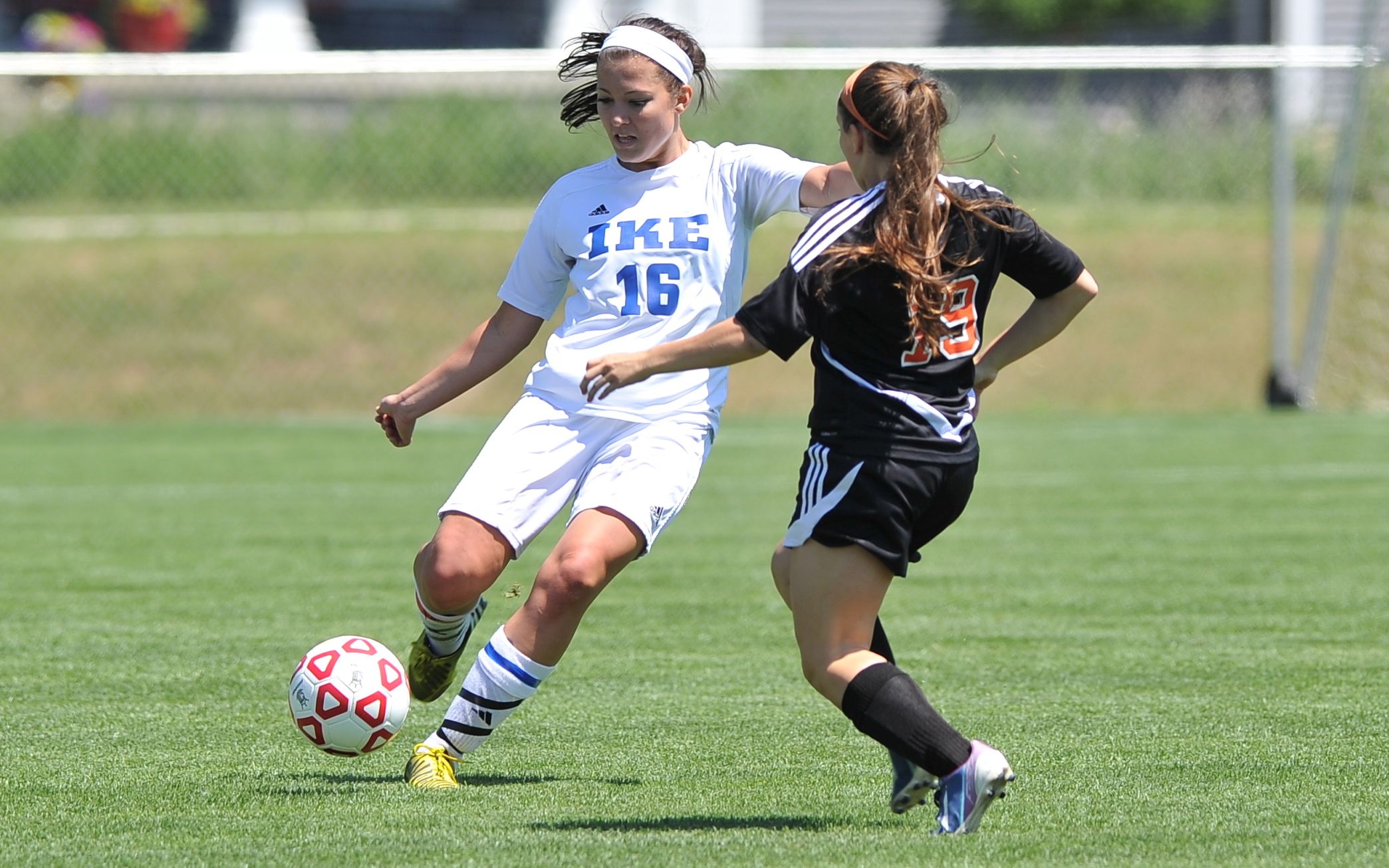 Defensively, the Mustangs relied on midfielders Suzie Redick and Alissa Moore to mark Eisenhower forward Isabella Palazzolo, whom Brucker felt was a player who had to be controlled for Northville to be successful.

“We had different players in different roles, and they stepped up to do what needed to be done,” Brucker said. “Our scouting report showed that Palazzolo would be a factor on the left side, and normally it’s hard to mark someone on the outside mid. But Suzie and Alissa did an outstanding job swapping back and forth, trying to take her out of the play.”

The instant offense of Buckingham (23 goals) and Cheslik (33) – both Division I college recruits – was something that made Eisenhower coach Mehrdad Nekoogar uncomfortable.

“They are both great players and knew that we could not afford to make mistakes against them – they would make us pay,” said Nekoogar, whose team finished the season 18-3-1. “That’s what hurt us, a couple of mistakes.

“But we came back, scored and were in it to the end. I expect us to be back next year because we have almost everyone coming back.”

Northville senior captain Ashley Peper, a stalwart on defense for the Mustangs, said the team was loose and relaxed on the bus ride to the game.

“We were all singing; nobody was nervous,” Peper said. “We were so ready for it. We were pumped.

“We’re a second-half team; we know how to use our speed up front to our advantage. We needed to keep going hard. We knew they had come back before and had the ability to score quickly.”