Any season. Any MHSAA sport.

You name it, and likely Jeff Brunner has officiated it. He may even have been selected to officiate an MHSAA Final in the sport as well.

He first started as a baseball umpire right out of high school. Family and work life created a 20-year absence from officiating for the 1979 grad of Romeo High, where he had played baseball for the Bulldogs.

Brunner, a 20-year MHSAA registered official, is about to work his favorite sport – softball – again. But, the 60-year-old readily admits he loves games so much, the favorite sport can change regularly for him.

“It’s kind of whatever is in season,” Brunner said of naming a favorite. “I love the pace of the game of softball, and I am a big proponent of providing as may opportunities for girls to play sports, whatever that sport may be.

“For that reason I gravitated towards softball.”

He’ll have to wait though to get on the field. Both of his games were cancelled this week due to weather-related complications. 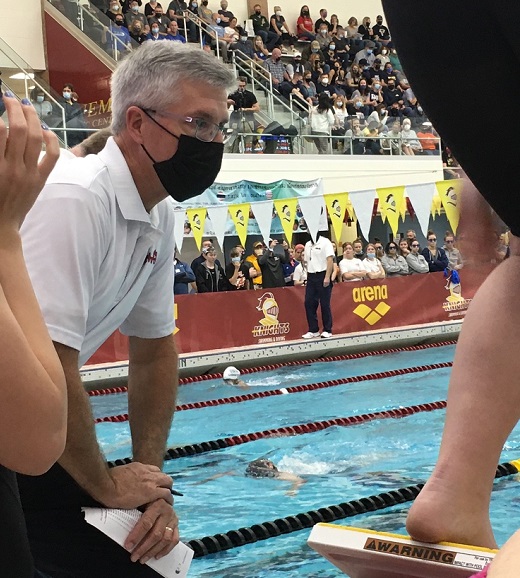 “Weather can create havoc with spring sports schedules – more so than any other season – so from an officiating standpoint, you have to count on some games being postponed or cancelled,” he acknowledged. “You just have to go with the flow and be ready to work when the weather allows.

“I feel a bit bad for softball and baseball players in particular, because those seasons are so short to begin with, and every contest date is important,” he went on. “When bad weather causes cancellations as a result of rain or the extension of winter, it makes the high school season that much shorter for the athletes.”

Brunner, a father of four grown children, is currently registered for softball, football, volleyball, swimming & diving and basketball. He once did lacrosse in addition to starting his officiating career with baseball.

“There is only so much time in the week,” he said. “I can’t do everything.

“I have at least one sport for each of the three sporting seasons,” he continued. “It’s fun.”

Brunner watched his three daughters grow up playing softball and competing in swimming. His son played baseball and competed in swimming. They all graduated from Traverse City St. Francis, swimming through a co-op program. His daughters were all pitchers for the Gladiators. Their first pitching coach was Dad.

It was his kids that got him into officiating, along with the extra money. But today, it’s just to be a part of a game.

“We were always around sports,” Brunner said. “I thought about officiating for a while.

“Originally I did it to maybe earn just a little bit of extra money, get a little bit of exercise, and kind of stay close to the game,” he continued. “Now, it is just plain fun — it’s fun to be around a game, whatever that game is.”

During his officiating career, Brunner has been selected to officiate MHSAA Finals in swimming & diving and football. He’s not likely to get the chance to umpire a baseball or softball Final as his other business obligations interfere with MHSAA spring postseason play. 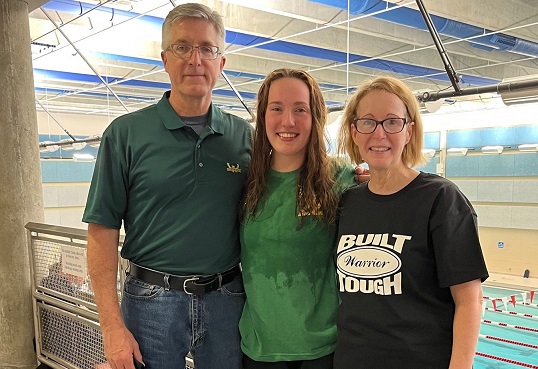 While working a Final is a goal of most all MHSAA officials, Brunner said it is just another game once it starts. He sees the Final as a great experience for all coaches, participants, fans and officials.

“MHSAA always does a great job of putting on a Final,” he said. “It’s always special.

“You have a few butterflies prior the game or the meet, but once things start you started focusing on the game itself.

The longer Brunner officiate, whatever the sport is, he believes the key to making the right call often comes down to mechanics.

“Mechanics were drilled into me when I first started,” Brunner said. “A lot of making the right call in my opinion is having the right mechanics and knowing where to be.

“You need to be in a good position to make the call.”

Many veteran coaches have noticed Brunner prides himself on being in the right position, and more. It is noted game after game, season after season.

“Jeff Brunner is the consummate professional as an umpire,” said Dave Kennedy, Traverse City West’s varsity softball coach. “He is excellent with his calls and positioning, but he is most concerned about getting the call right.

“Every time I see I have Jeff as part of the umpiring crew for my games, I know the game is going to be very well officiated,” Kennedy continued. “We are lucky to have Jeff as one of our officials in Northern Michigan — he’s definitely one of the best.” 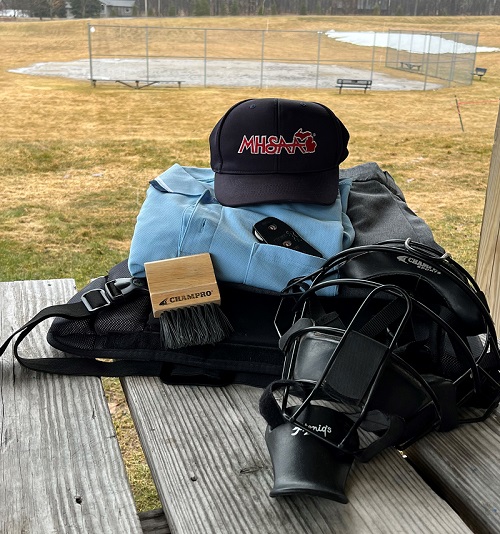 "As an umpire, Jeff's professionalism and easy demeanor are much appreciated,” Hawkins said. “He runs the games he works in such a way that the focus stays on the players.

“Jeff may not know every player on the field personally, but I'm convinced that Jeff takes on his job, which is a difficult one, for them – the players."

Brunner and his son Andrew’s high school baseball experiences made it easy for Jeff to jump into baseball — and the same was true for softball due to his pitching girls. Swimming & diving, though, has been perhaps the most challenging sport to learn how to officiate for Brunner.

Watching his four children compete in pools over the years was a big help. The physical aspect was much easier, but maybe not the rules.

“The hard part is knowing all the rules … knowing what is a legal stroke and what is not,” he said. “It was an easy transition — we had seen so many swim meets.”

Today Brunner is anxiously waiting to get back on the softball field. He’s got his gear ready in anticipation of calling his first pitch of the 2022 season.