MATTAWAN — In a family steeped in tennis history, one member is forging his own path.

Matt Novak has been tearing up the course as Mattawan’s top golfer.

The sophomore won the individual medalist honor in the 36-hole Southwestern Michigan Athletic Conference Championship two weeks ago and carded the best nine-hole average in SMAC West matches this season.

“He’s having quite a year so far, and we are just very excited to take this ride with him,” Mattawan’s first-year coach Troy Pelak said.

Novak’s sister, Lizzie, is also having a stellar season as the Wildcats’ top tennis player.

She, too, won the SMAC Championship last weekend and, after recovering from an early-season injury, takes a 9-0 record into this week’s Regional.

“Her big win (this year) was vs. Forest Hills Northern (ranked No. 1 in the state in Lower Peninsula Division 2),” said Matt Boven, in his 24th season coaching the Wildcats.

As a freshman, Lizzie Novak won the LPD2 Finals No. 2 singles title playing behind her sister, Kate, who is now playing tennis at Bucknell (Pa.) University.

COVID-19 caused Lizzie Novak’s sophomore season to be canceled, and she opted to play USTA tournaments her junior year but hopes to add one more MHSAA title to her resume.

Matt Novak played tennis at a young age, but “I didn’t like it as much as my sisters did, so I decided to pursue golf more in the summer,” he said.

“I like that you’re really out there by yourself, and you’re playing against the course and not a specific person. You push yourself every single time you’re out there.”

The sophomore also plays hockey during the winter, which has helped his golf game.

“A couple of my coaches taught me how to be a good leader,” he said. “I think I translated a lot of my leader skills from hockey into golf.”

That includes his slap shot which “definitely helps with power off the tee in that long ball,” he said.

Pelak said although Matt is the youngest on the team, he is the team leader.

“We had an event earlier in the year and we took third of 21 teams,” Pelak said. “The team said, ‘This is pretty good,’ and Matt said, ‘Guys, we’re here to win, not place third.’ That’s the message he sent right away.”

Junior Will Kuiper said teammates have a lot of respect for Novak.

“He knows a lot about golf, and he wants to help the team get better,” Kuiper said. “He’ll help you after practice.

“He’ll be hard on us sometimes, but he just wants us to get better. He just wants the team to win.”

That passion for golf sometimes leaves Novak out of family chatter.

“I feel singled out at the dinner table when they’re all talking about their tennis and I’m over here just thinking about golf,” he said, laughing. 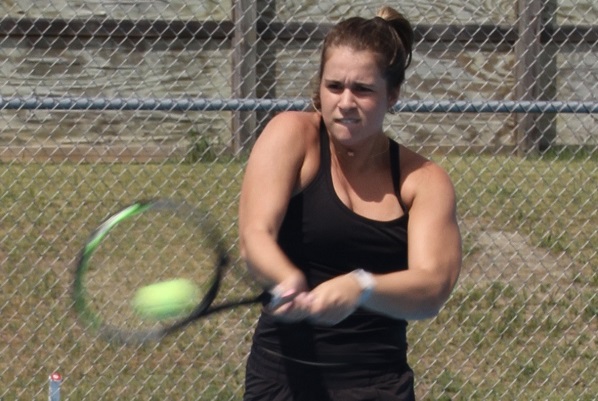 “We’ll go full tennis and Matt will go, ‘What about me?’ We’ll try to turn to him, but no one can relate to him as much,” she said.

“I think he has the attitude for tennis, but I think it’s kinda fun that he has something different from tennis. Golf is more exciting for him.”

The senior, who is headed to University of Richmond in the fall, is also a team leader.

“I feel I bring a lot of leadership and energy and excitement,” she said. “Some of these players are so much more inexperienced.

“I’m trying to get everyone together on and off the court. I’ve been having a blast. We’ve improved every week, and I hope we can make it to State.”

“I feel like I’m kind of a control freak,” she said. “I like everything a certain way, and I don’t want someone else to mess up. I can mess up.”

She thanks her sister for steering her to tennis.

“I was obsessed with my sister when I was younger, and she started playing tennis, so that’s what I’ll do,” she said. “She quit dance, I quit dance. It worked, and I love it. It’s just like breathing to me at this point.”

The senior has one more weapon to help her: She’s a lefty which, at times, gives her an advantage since most players are used to facing righties.

“Having a star at No 1 singles puts her other teammates in a position to win,” he said. “It gives other opportunities and actually strengthens other flights.

“To have someone who’s basically a guaranteed point really does a great deal for the team.”

Other seniors on the tennis team are Romika Shokohi, Ashley Goding, Adelaide Douglass and Sloane Lohroff;  juniors are Emma Coleman and Madison Pratt. Sophomores are Madison Engel and Kendall Coon, while freshmen are Sienna Watts, Nadia Baird and Emma Pratt. 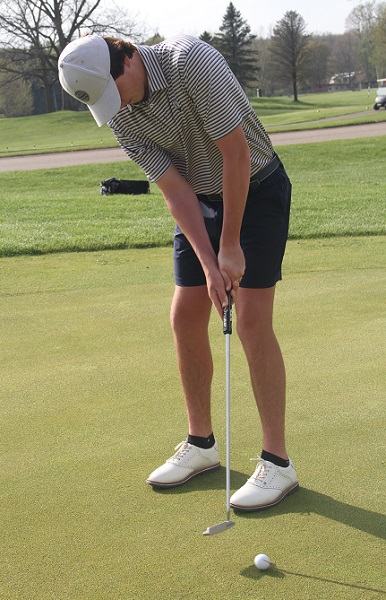 Boven said it will be strange not having a Novak on a tennis team next year, but he still has hope.

Talking about trying to convince Matt Novak to play tennis, he said, “Absolutely I did, and I’m still trying to talk him into it. I hear he’s a natural, and tennis is in his blood.

“I love his personality. I think he could bring charisma and some talent to the team. So, yes, on a daily basis I’m trying to talk Matthew into playing tennis.”

That may be wishful hoping on Boven’s part.

Novak is totally focused on golf.

“We made it to Regionals but did not qualify for states last year, and I, sadly, didn't qualify (individually),” he said. “(This year) we’re strong, and we have to work on consistency.

Juniors include Blake Welch and Cameron Graver, and the other sophomore is Eason Haller.

Pelak said Novak possesses the qualities of a top golfer.

“In addition to scoring, which is obviously very important in golf, he plays with tremendous poise. His course management skills are off the chart,” Pelak said.

“He does a good job of not getting too high or low and really manages himself on the course with a lot of poise. He’s not emotional, which is perfect for a golfer.”

With two top athletes usually competing on the same day, the Novaks have come up with a plan.

“My mom (Meredith) usually likes to take the tennis and my dad likes golf,” Matt Novak said. “It gets too stressful watching my sister.”