The mid-Michigan and statewide tennis communities are mourning the death last weekend of longtime Okemos girls coach Al Inkala, who led the Chieftains to four MHSAA championships over a 20-season tenure that ended in 2013. He was 66 years old.

From 1994-2004, his Okemos girls tennis teams finished either first or second at their MHSAA Finals all but 1996, and his 1998-2001 teams won four straight Division 2 titles. But those were his only final chapters to a high school career that began as one of the most accomplished athletes of his time from the Upper Peninsula, where he played football, basketball, tennis, baseball and ran track for Wakefield before graduating in 1967.

A 6-foot-5 center, Inkala was a Class C all-state basketball selection as a senior, leading the Cardinals to the MHSAA Class C Semifinals with 33 points in an 85-60 Quarterfinal win over Gaylord. A three-year varsity basketball player, Inkala scored a school-record 540 points as a senior and a school-record 1,160 for his career. He also scored a school-record 42 points against Baraga during the 1966-67 season as Wakefield strung together its first undefeated regular-season finish. Inkala was second in his league in scoring after finishing first as a junior and made the all-U.P. Class C team after both of those seasons. 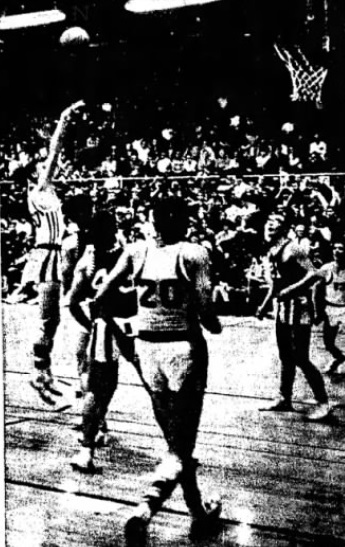 Inkala also was selected for the top senior basketball award for the Michigan-Wisconsin Conference by the largest margin ever accorded for the award to that point, and based not only on his athletic proficiency but also good sportsmanship.

His prowess extended far beyond the basketball court. In tennis, Inkala was undefeated at singles as a senior until his second match of the U.P. Finals – in those days, there was only one division in the Upper Peninsula, and only one flight for singles and one for doubles at all MHSAA Finals – as he led Wakefield to a fifth-place team finish. He was the singles champion in the Michigan-Wisconsin Conference.

Inkala ran four events – the 220-yard dash, 120-yard high hurdles and half-mile and mile relays – in helping Wakefield to its Regional track &field title in 1967. Wakefield then finished second as a team at the U.P. Class C Final, with Inkala taking fifth in the high hurdles.

As noted above, Inkala also played baseball and football; on the football team, he played both offense and defense and was the punter. Inkala also served as his class president, sung in the school chorus and was part of the conservation club at Wakefield High, about a 20-minute drive from the Wisconsin border.

He went on to play basketball at Northern Michigan University, serving as a team captain as a senior in 1970-71. He led the team in rebounding that winter and sits 30th on NMU’s single-season rebounding list and 12th on the career list, having played in 90 games over his four seasons.

On a personal note, Inkala was a huge help to me covering mid-Michigan girls tennis while at the Lansing State Journal from 1999-2011. He was the best of coaches when it came to being honest about his players’ abilities and making sure those from other schools got deserved recognition as well – especially during a period when his teams’ No. 5 singles and doubles players could’ve played the top flights for nearly every school in the surrounding area and likely beyond. 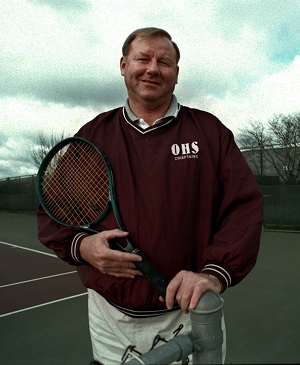 The stories heard around our office this week focused on how he worked to give Okemos’ opponents the best experiences possible when facing his incredibly-talented teams.

Against those with just enough players to fill a lineup, or teams with most athletes in perhaps only their first few seasons of play, he’d fill his lineup with players who otherwise didn’t see the court when Okemos faced others of the state’s elite. The Chieftains shared their equipment and knowledge with many opponents, providing humble leadership in a tennis community that embodied a coach who gave the same always from the background and with little fanfare despite deserving much.

The Lansing State Journal talked to a number of his area counterparts this week; click here for that report.

Inkala died June 20. A memorial service will be conducted at 1 p.m. Sunday at Okemos Community Church.