KINGSFORD — A trio of Upper Peninsula wheelchair athletes were among five statewide who concluded their seasons June 4 competing in first-time adaptive events at MHSAA Finals.

This spring, the MHSAA Track & Field Regionals and Finals included its first adaptive 100, 200 and 400-meter dashes and shot put.

“Learning the technique and staying motivated is very challenging,” Houghton senior Maria Valet said after the Western Peninsula Athletic Conference meet May 31 at Calumet. “I go to regional competition downstate and in Indiana and Wisconsin. I also do little bit of weight training, but practice mostly on the track. I also work a little bit with Dean Juntunen (a longtime wheelchair racer from Ontonagon), who gives me some pointers. It’s good to have something to work for and see other people do it.” 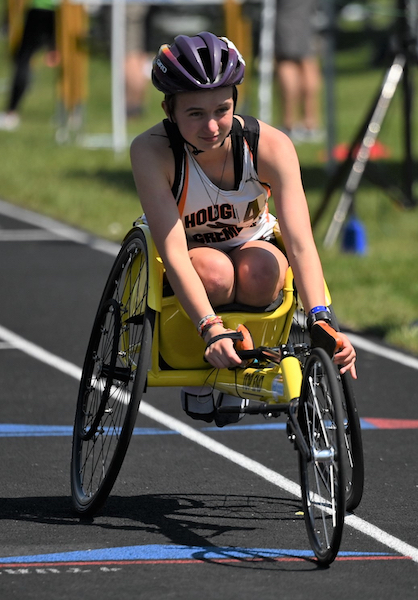 Her effort in the 400 at the Finals was nearly a personal-best.

Velat will attend the University of Michigan and major in biology. She will also be on the track team.

“It feels real good to race against other people,” he said. “I haven’t had the opportunity to do this before. There are so many opportunities available. Colleges are looking for wheelchair racers. 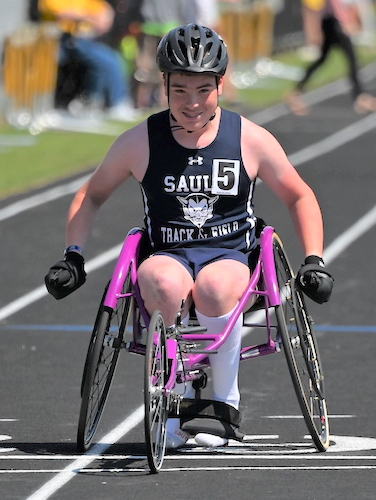 “It means a lot to me to get a chance to compete,” he said. “This helps bring out the competitive spirit. I do cross country, which gives me more endurance and definitely helps me for track. I also manage the basketball team at our school.”