ADA – Quality depth is a big key to success in high school track and field.

And over the past four years, no Lower Peninsula Division 2 girls track team has boasted the depth of Dearborn Divine Child.

That depth proved to be the key once again at Saturday’s MHSAA Final at Forest Hills Eastern. Scoring points in 10 of 15 events, the Falcons captured their third team title in the past four years.

“We are a team of one and we have demonstrated that throughout the year,” Divine Child coach Anthony Mifsud said. “This is our third title. We did it in 2010, we shared it last year and this year we won a third one. I’m just very happy for the girls. To score points in 10 of 15 events is extraordinary.”

Leading the way for the Falcons was a senior class small in number but big on production.

“Our seniors really came through,” Mifsud said. “Paige Patterson has been a 16-time all-stater during her four years. She was on the 2 by 200 and 4 by 400 relay teams that have been undefeated the past two years.”

“Mallory Myler also has been on the 4 by 200 and the 4 by 400 the last two years. Ashley O’Neill, our thrower, finished seventh in the shot. Those have been our three, main seniors.”

Host Forest Hills Eastern was fueled to its second-place finish by strong performances in the relays. The highlight of the day for the Hawks came in the 400-meter relay when the team of Alli Gutschow, Sam Reno, Camron Nelson and Jaclyn Goble turned in a Division 2 Finals record time of 48.4 that broke a 13-year old record set by Detroit Renaissance.

“We set our goals high at the beginning of the year,” Gutschow said. “We always had an eye on this. To win it on our home track and to set the state record on our home track, especially with the seniors on the team, is special. I feel privileged and lucky to be a part of this.”

Reno also was one of three seniors on the winning relay team.

“It just feels awesome,” Reno said. “It feels real great, especially to win it and set the record at home.” 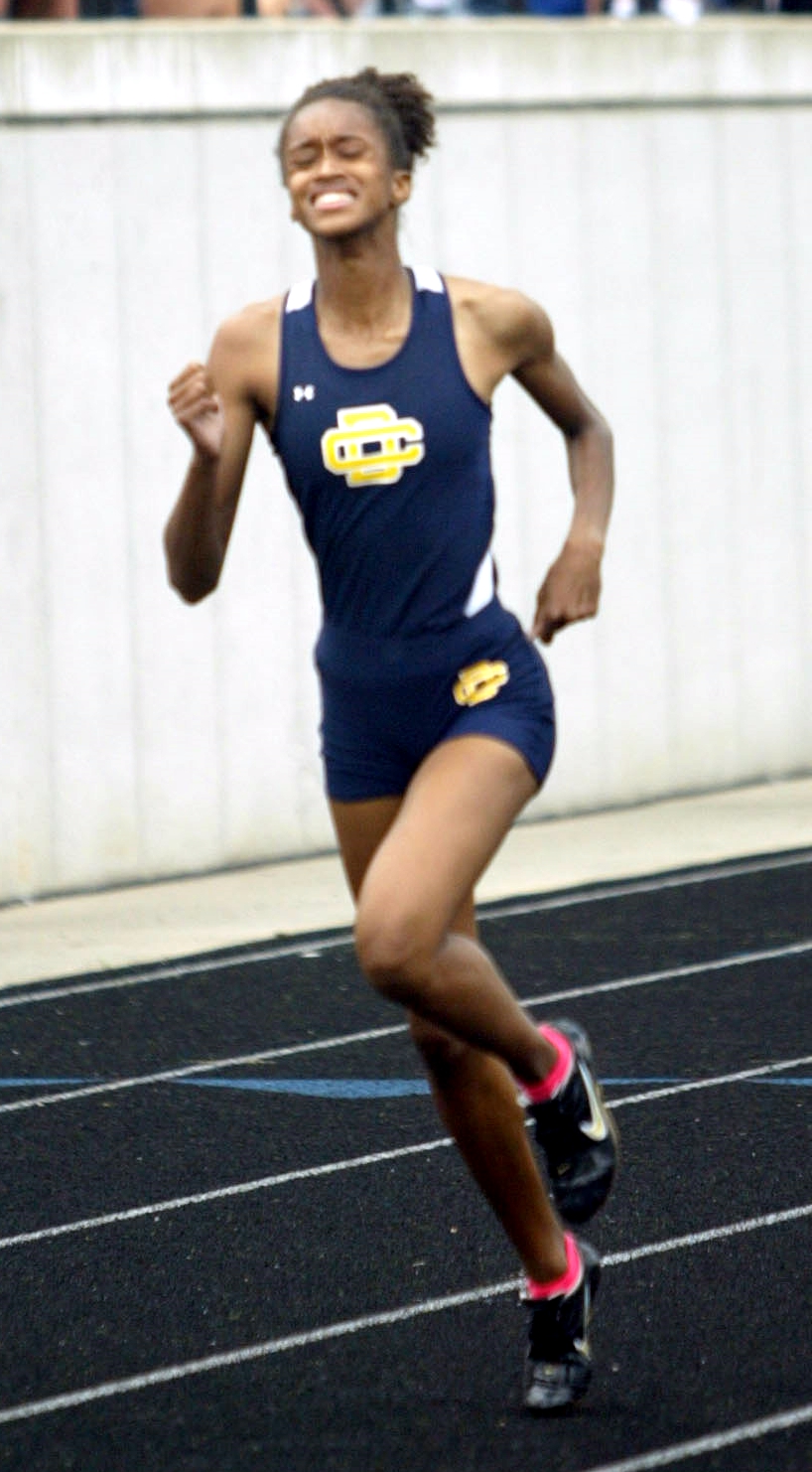 Saturday marked the end to one of the most successful high school careers in Michigan history, and Country Day senior Kendall Baisden closed it out in a big way.

“It feels pretty good,” Baisden said. “To win the 400 all four years and the 200 my last three years shows that throughout my high school career I was pretty consistent. I just wanted to stay focused today.”

Baisden will continue her track career at UCLA next season. The journey to become one of the finest sprinters in state history began in the fourth grade.


“I started running track back in the fourth grade at Saint Regina in the CYO league,” Baisden said. “Today was kind of bittersweet. I have loved coming to the state meet. It’s my favorite meet of the year along with the (Oakland) county meet. It was real special coming here for the last time.”

Remus Chippewa Hills junior Megan O’Neil was one of the busiest athletes at Saturday’s meet. By the end of the day, few athletes were as tired as O’Neil – but all of her work resulted in a pair of championships.

O’Neil then her sights on the 800-meter run. After winning her second race of the day, O’Neil ended her day running the 3,200.

A standout on the Chippewa Hills cross country team, O’Neil will take some time to rest before gearing up for the cross country season.

Mason sophomore Meg Darmofal, another talented runner during the cross country season, also added a track title to her resume as she won the 3,200-meter run.

“It felt awesome,” Darmofal said. “It was everything that I was working for and it feels awesome. I took off with a lap left and it felt good. I had a good mentality. If you tell yourself you are going to win, you are going to do it.”