Each week, Second Half gives "High 5s" to athletes and a team based on their accomplishments the previous week or throughout the season.

A four-time track champion and a longtime state tennis power once again at the top make up this week's list of high achievers.

Michell became the first Lower Peninsula four-time champion at an MHSAA Girls Track and Field Final since 1979 when she won the long jump, 100 hurdles, 300 hurdles and 200 on Saturday at the Division 3 meet at Comstock Park. Her time of 42.4 in the 300 hurdles broke the all-Finals record that had stood since 1984, and she also set Division 3 Final records in the long jump (18-6.5) and 100 hurdles (13.84) – breaking the record she previously held in the latter. Total, Michell has won eight MHSAA championships during her three-year high school career. She’s also a setter on the volleyball team and the top-ranked student in her class with a 4.0 grade-point average. Her mother Vikki is the coach of Reed City’s girls track and field team, and her father Brent coaches the boys team.

Fantastic 4: “I wanted to win four; I thought about it, but it was kinda crazy when I actually did it. Really, after I crossed the finish line in the 200, I was pretty happy then. Definitely 200 (was the hardest). It was the last one, and I wasn’t seeded first in that one.”

I learned the most about running from: “Both my parents. They both help me in different ways. It’s pretty cool, but it’s hard sometimes. Sometimes listening to them is harder because I think they don’t know what they’re talking about when they do. But just because they’re my parents it’s harder to listen.”

Up next: All I really know is I’m running track someplace. I have no idea where I want to go. A couple of schools down south really seem interested (including Clemson, plus Michigan State closer to home). Stanford seems interested.”

Fun with numbers: “I’m thinking (I’ll study) accounting. I’m kind of a perfectionist. I like the math part of it.”

Air Michell: Despite standing only 5-foot-8, Michell has a vertical jump of nearly 30 inches and just misses being able to touch the basketball rim. “But I can touch the part connected to the backboard. That would be pretty sweet.” 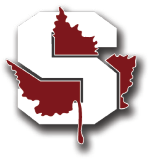 Birmingham Seaholm won only one individual flight, but also had three runners-up in edging Grand Rapids Forest Hills Northern 27-25 at the top of the Division 2 Final standings Saturday. The Maples won their first MHSAA team championship since 2004, and ended FHN's six-season streak of shared or outright titles. Seaholm had finished runner-up to the Huskies in 2011.

Jackie Meier and Rachel Wilson won what ended up being the deciding match by downing the pair from Forest Hills Northern in the final at No. 3 doubles. Seaholm also gained valuable points by placing seven flights in at least the semifinals.