That was also just enough for Blake to retain her title as she fell across the finish line and edged Munising sophomore Kelsea Ackerman by one hundredth of a second.

“I ran until I couldn’t run anymore,” said Blake. “My legs just couldn’t go anymore. I was going after the school record, but came up short. I’m glad I won, but I don’t really want to run a full 400 again.”

Blake’s effort was also an example of what the Gladiators needed to secure their first U.P. team title since 1974, when they were competing in Class C.

They scored 72 points, followed by defending champion Newberry with 65 and Munising 62.

“I couldn’t be prouder of our girls,” said Ontonagon coach Brian Amos. “Paige and Lori (Wardynski) have been doing a lot of heavy lifting for the past three years. We finally got some field events and relays and everything came together for us this year. I’m happy for Paige and Lori that they got to experience this. I’m also happy the other girls got to experience this. This is something they can build on.”

“I got off to a pretty strong start in the 300s,” said Wardynski. “I knew I had a good chance to place, but I was surprised to get the U.P. record. I just told myself to go as hard as I could.” 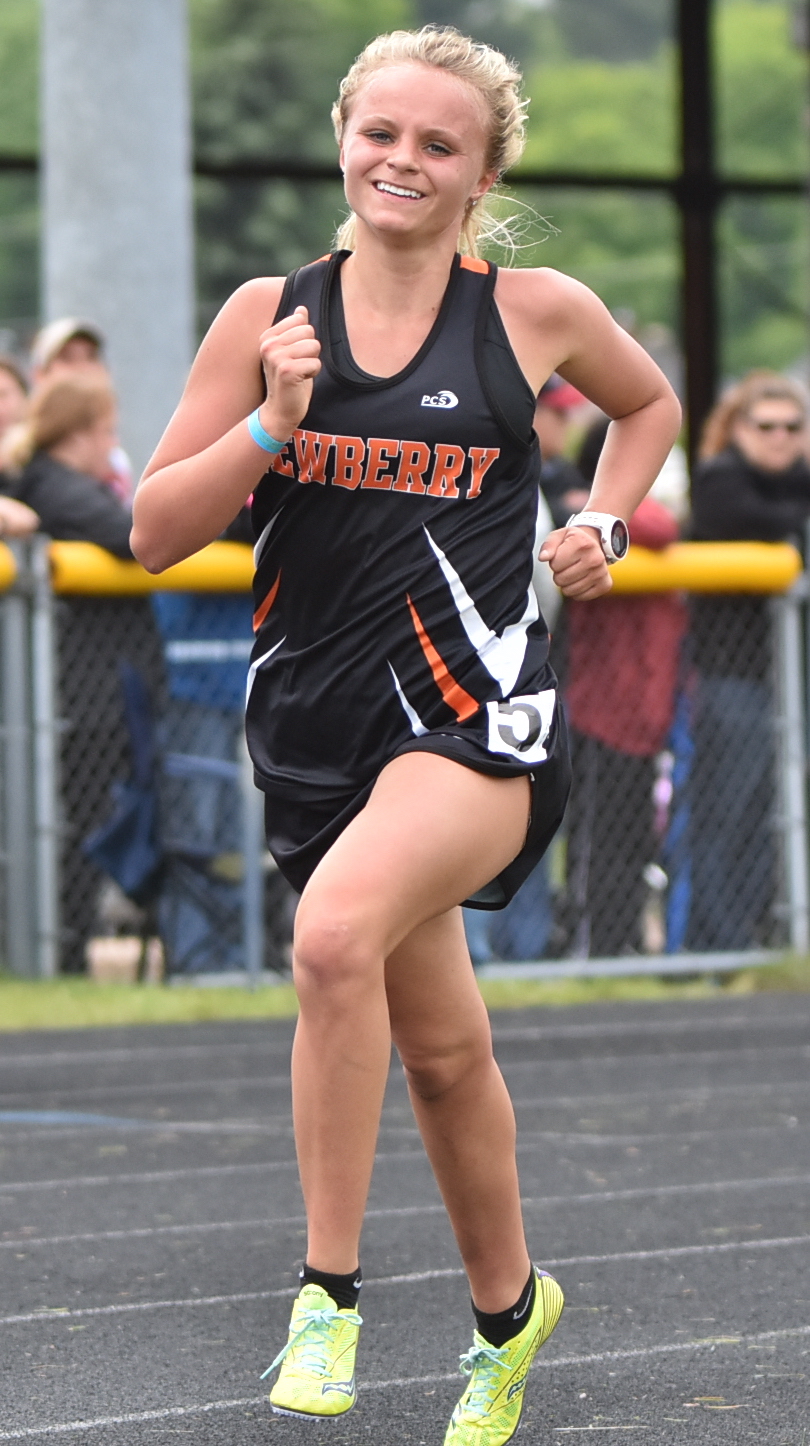 “I was a little nervous at first,” said Bryant. “The track was slippery in warm-ups. I tried to adjust my steps and do the best I could. My start in the 100-meter dash was better than I thought it would be. I knew the fast heat was behind us and just went for time.”

“Karley (Honeyssette) got us off to a good start, and our handoffs went real good,” said junior Megan Grigg. “That very important in the 400 relay. If your handoffs aren’t on, you’re not going to place.

“We were ranked first by a half-second, which is a good motivator,” said Hagen. “This is so exciting. Our handoffs were real smooth. The track was slippery (due to the rain), although it’s not that bad with spikes.”