Remus Chippewa Hills girls track coach Sally Schafer tells her athletes that each season is a chapter of one book that is the Warriors’ program.

For the last decade, it’s been an award winner – and a best seller as class after class has kept going one of the state’s most impressive runs in any sport.

Chippewa Hills – despite just one senior and seven upperclassmen total – won its 10th-straight league meet last week by once again dominating the Central State Activities Association field. The Warriors also this season pushed their dual meet winning streak to 68, their last loss all the way back on April 25, 2002. And they added a Division 2 Regional championship last week, edging Mount Pleasant by 1.5 points despite being the smallest school in the division.

Track and field can be a sport of highs and lows, especially for a school of Chippewa Hills’ size and the massive effect one or two elite athletes can have. But the Warriors’ consistency makes the run more incredible – over that decade, they competed in four leagues against some schools that were smaller but also many that were much bigger.

“We’ve seen it all,” Schafer said. “We’ve seen Ludington; I remember seem them show up when I was starting coaching, and we hated seeing them getting off the bus, 80 of them. They’d clean you up, get on the bus and leave. And finally, one of the things I said was, 'What are we going to do? What do we need to do to beat them?'

“We were at Regionals one year, and I said we’ve got to figure out how this is done. I was tired of being in the middle of the pack, or on the low end. We sat down and said we have to develop everything across the board – not just be a distance school, or a sprints school. We need to have it all.” 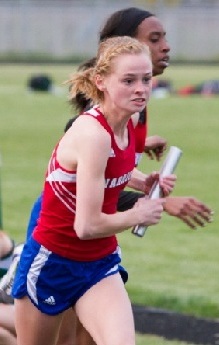 She and her staff have built that machine – which also has allowed the program to annually plug in parts even in seasons like this one.

Most of Schafer’s athletes this spring were still waiting to start kindergarten when the winning streaks began. Of 37 competitors total, there are 26 freshmen. The team also graduated seven significant contributors off last season’s team, including two now competing at the college level.

The Regional title was the team's fourth in the last five seasons.

“Winning breeds itself, but losing does too. (So) every year we try to continue tradition. We just reload,” Schafer said. “A lot of times we go year to year, but we look at ourselves more as a program. We know what we have coming.”

This season’s success is atypical of a freshman-dominated squad because Warriors freshmen are atypical. While a talented bunch, Chippewa Hills freshmen generally join the high school program with an advanced knowledge of the sport after competing through full junior high schedules and working out alongside and with mentoring from the older athletes during those seventh and eighth grade seasons.

And the veteran coaching staff keeps the gears turning smoothly. Sally Schafer’s father, Don Foreman, was the boys track coach for 28 years, and Sally was a senior on the first girls Regional champion in 1985. She joined the coaching staff in 1993 and took over in 1999, and the coaches from junior high up have mostly remained the same throughout her tenure.

“The boys coaches, the girls coaches, the boys team, the girls team; we really are like one. We work out together sometimes, and it’s a family,” Schafer said. “The kids come in, and they’re not sure what to expect. But by the end, my goal as a coach is to have them only wanting more.” 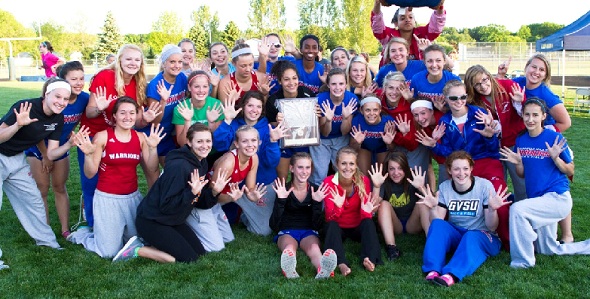