McKenzie Siroky isn't the first female athlete to compete on a boys hockey team in Michigan, but she might well be the best.

Siroky's decision to try out, and be selected, for the Livonia Stevenson boys hockey team this season required a firm commitment and a hefty dose of courage. Siroky easily could have remained on the elite HoneyBaked AAA team she had been a member of for four years but she saw this, competing with and against the boys, as an opportunity.

And Siroky has never been one to back down from a new challenge. Besides, competing against the boys is nothing new for her – she has three older brothers who came through Stevenson coach David Mitchell's program – and she's confident it will eventually lead her to becoming a better player as she prepares to compete at the next level.

Siroky, 16, is a junior forward and arguably one of the top all-around female athletes in Michigan, perhaps the Midwest, over the last 10 years. She recently committed to play hockey at Minnesota-Duluth, one of the country's top programs, and two months ago she set the MHSAA Lower Peninsula Division 1 Girls Swimming & Diving Finals record in the 100-yard breaststroke.

Siroky also was a member of relay teams that finished fourth in both the 200 medley and 200 freestyle.

Although hockey has always been her main sport, Siroky said she intends to compete in swimming next fall.

Given Siroky's track record, it shouldn't surprise anyone if she did. It's that challenge thing.

Sure she's talented, but there's so much more to Siroky than pure ability. She's had to overcome obstacles and heartaches most only hear about – and her work ethic and willingness to sacrifice have Siroky on the road to success.

Siroky said she started skating when she was about 5 years old. A year later, as a first grader, she played on her first organized hockey team, the Livonia Sharks, and she could hardly contain her joy.

“I remember going to school wearing my jersey,” she said. “I was so proud. I wore it all day.”

Siroky has been hooked ever since. But before hockey, there was swimming.

Her mother Michele Siroky also attended Stevenson and was a three-time Class A Finals champion, twice as part of relays and in 1987 in the 200 freestyle, before competing at Michigan State. Michele, who was a teammate of Olympic Gold medalist Sheila Taormina at Stevenson, introduced her eldest daughter to swimming and, although it was more of a summer activity at first, McKenzie’s love for the sport grew.

Michele's maiden name was McKenzie, hence her daughter's name. She coached at a handful of places including Stevenson and was an occupational therapist before working for Livonia Public Schools. In 2012, she was diagnosed with brain cancer. Three years later she developed breast cancer and beat that, but succumbed to the brain cancer and died on July 26, 2017. 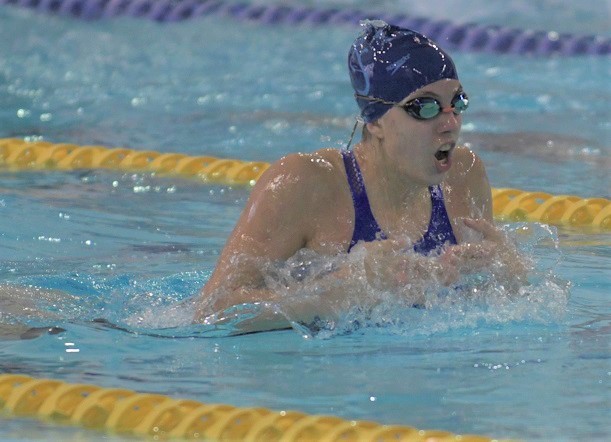 “She got me in the pool,” Siroky said. “She coached me for five or six years until she couldn't anymore. She also swam the breaststroke. I got most of my training (in that event) from her.

“She gave me motivation. She gave back to the community by coaching at Burton Hollow (Swim Club) and other ways.”

Michele was an exceptional person. She devoted herself to the care of children and her family. She made a seamless transition from being a swim mom to a hockey mom, driving her children to practice, preparing meals and keeping a sharp eye on their schedules.

For Siroky, a day doesn't pass without thoughts of her mother, who was her mentor, teacher and friend. She continues to draw strength from her and remains a driving force in her life.

As much as Siroky enjoyed being in the pool, and having her mother as a coach, hockey has always been her favorite sport. Perhaps it was watching her bothers (Alex, Kyle and Jack) play and compete so well that made such an impact on her. Or perhaps the realization that she was good at it, and enjoyed every minute on the ice, playing or practicing.

As she advanced from the Sharks to the Livonia Knights, Siroky ran into disappointment – and it proved beneficial.

The girls program placed two age groups per level. When Siroky was 9, she tried out for the 10-and-under team and was cut as the coaches leaned toward keeping the older players, leaving fewer spots for the younger ones. Undeterred, Siroky went to nearby Farmington where there was a team for her age group.

“It worked out well,” she said. “I started playing at the Triple-A level there. In Livonia they only had Double-A. I feel eventually I would have gone over (to Farmington). Yeah, being cut, I always use that as motivation.”

Other than skating with her brothers, the first time Siroky competed against the boys took place at a developmental summer camp while attending Holmes Middle School in Livonia.

This experience made the decision to switch from HoneyBaked to competing with Stevenson this season all the easier.

“It came down to where I was going to develop the most,” she said. “I was playing in an age group, and I had a discussion (with HoneyBaked coaches) to move up.

“Her whole motivation is to be challenged,” Mitchell said. “She's not one to back down. It comes down to how can she become better.”

In July, Siroky was one of 32 players, including five total from Michigan, invited to compete in the USA Hockey Girls U18 Select Player Development Camp in St. Cloud, Minn. This group represented the best of the best for the age group, and from them 23 were selected to the USA U18 women's national team that would compete in the 2022 International Ice Hockey Federation (IIHF) Women's World Championships. 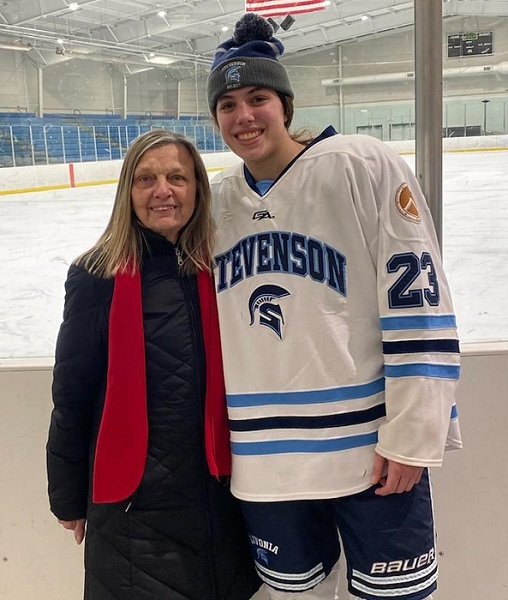 Earlier this month, those 23 players were officially named as members of the 2022 Olympic team that will compete in China in February.

Siroky didn't make the final cut, thus adding motivation and another reason to compete with and against the boys.

“We look at this as an opportunity,” Mitchell said. “Everyone knows McKenzie and the positive energy she brings. She's infectious. It's been a win, win, win for everyone.”

When her mother passed, Siroky found it difficult, at times, to concentrate on her schoolwork. Yes, swimming and hockey provided an outlet, something she could sink her teeth into, but her attention toward school took time. And she received help.

Two years ago, Siroky moved in with her grandmother, Barbara McKenzie, and it was just what Siroky needed. Her grandmother and the guidance she provided filled a gap.

“She does so much for me,” Siroky said. “It gets so busy for me. She'll take things off my shoulders, like some days I'll see that all my laundry is done. That really helps. She knows I like to eat fruits and vegetables, so she'll buy them. And she lives right across from Stevenson, so that saves me time, too.”

Perhaps not so coincidentally, Siroky's grades improved the last two years. She's earned all As.

Her schedule, especially in the fall when she competes in swimming and has hockey practice, is mind-boggling. Three times a week she'll go to swim practice in the morning before school. Then there's practice five days a week after school as well as Saturdays. After swim practice she'll take care of her homework assignments, have dinner, then go to hockey practice. No swim practice on Sundays, so those days are devoted to hockey.

She can't remember the last time she watched television. Energy drinks are a no-no, and she doesn't drink coffee or eat anything that has processed sugar.

The results are in full view with hockey and her education taking center stage. She achieved one major goal, that being to play in college. Another would be to make the U.S. U18 national team.

More immediate is this hockey season, which could prove to be quite successful for the Spartans. They started 1-1 (Siroky missed both games due to the swim Finals) and have won 10 of 11 since, including the last five. Stevenson's two losses are to Grosse Pointe South (3-2) and Birmingham Brother Rice (3-1).

“We lost 18 seniors from last year,” Mitchell said. “This group is phenomenal. It's been a high-character group.”

PHOTOS (Top) Livonia Stevenson’s McKenzie Siroky helps her team to an 8-0 win over Trenton on Jan. 5 (Middle) Siroky sets the all-class/division MHSAA Finals record in the 100 breaststroke during the LPD1 preliminaries in November. (Below) Siroky and her grandmother Barbara McKenzie. (Top photo by Douglas Bargerstock, middle photo by High School Sports Scene, below photo courtesy of McKenzie Siroky.)