The MHSAA Girls & Boys Basketball Finals the last two weekends showed off many of the best teams and players who took the courts across Michigan this winter.

The championships also provided an opportunity to celebrate a few more accomplishments with the Basketball Coaches Association of Michigan “Top Shooters Challenge” contests and MHSAA recognition for leaders past, present and future.

Below are photos from a number of events that took place during quarter breaks and halftimes at Van Noord Arena this past weekend and the Breslin Center two weeks ago. 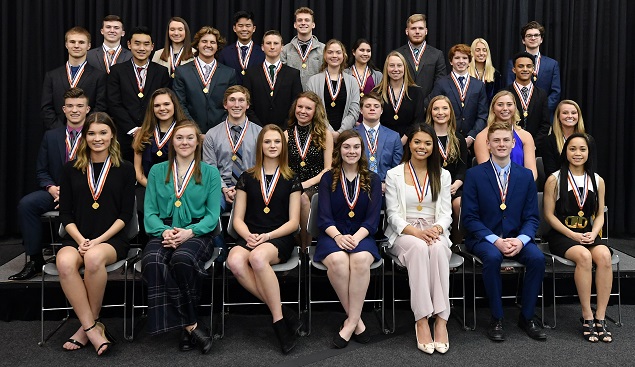 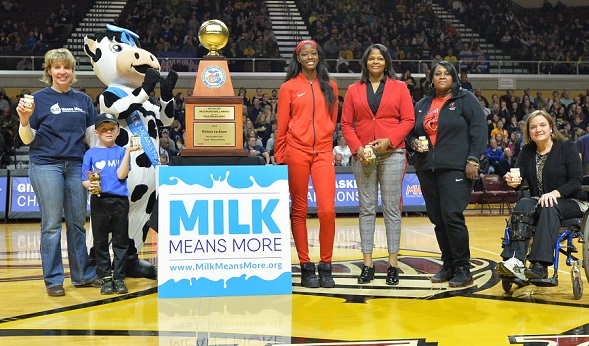 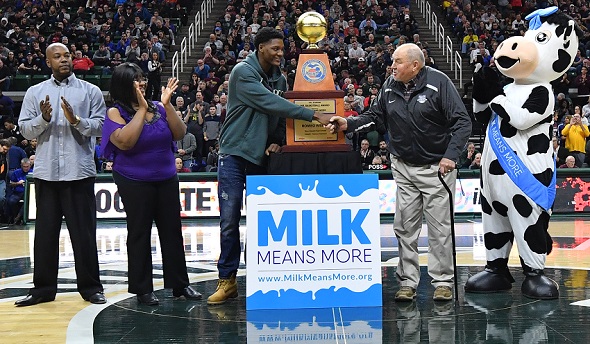 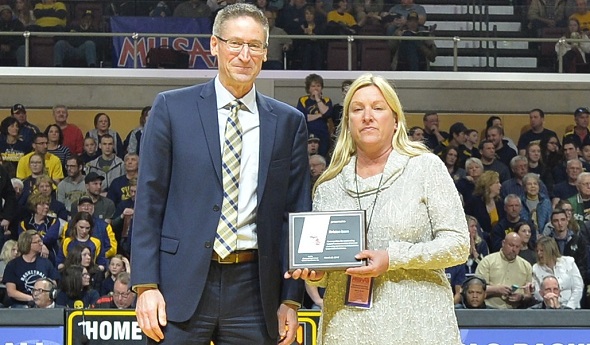 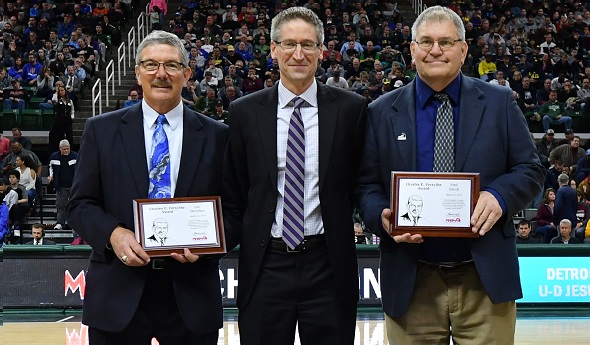 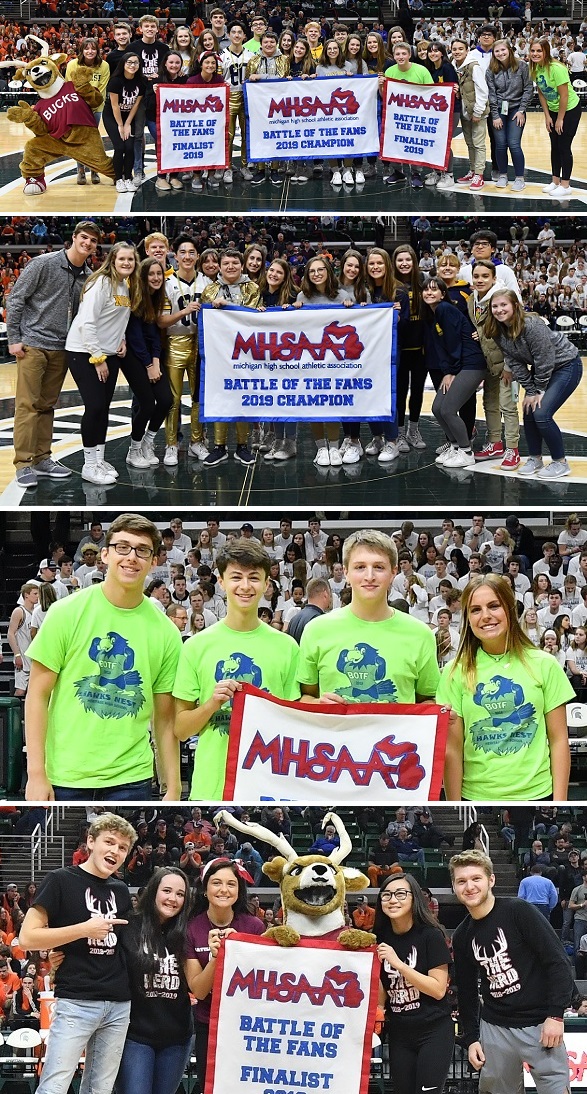 Battle of the Fans: Representatives from all three finalists from this year’s BOTF VIII – champion North Muskegon with Saginaw Heritage and Buchanan – took to the Breslin floor during the Division 2 Semifinals to receive their banners.