Bob Mirkle calls it a miracle that he’s still alive.

The 74-year-old Norton Shores resident had a brush with death Oct. 18 in front of 7,000 fans packed into Sailor Stadium for the blockbuster Muskegon at Mona Shores football game.

Just as the huge crowd stood for the national anthem, Mirkle was slumping back onto the bleachers from cardiac arrest, later identified as the failure of a heart stent which had been implanted 18 years ago.

“Something’s wrong with grandpa!” screamed his grandson, causing a ruckus in the Mona Shores reserved section, about 10 rows below the press box.

What transpired over the next 30 minutes was an incredible performance by the Mona Shores fans, coaches, media and entire community to save Mirkle’s life. It was a textbook reaction which was lauded by Norton Shores public safety officials – and the Mirkle family.

“We live in a great community,” said Cheryl Mirkle, Bob’s wife, who stayed home that night to babysit two of her grandchildren. “In a lot of other places, he wouldn’t have made it. We were told that 1 out of 9 people who have that situation happen don’t make it. So we believe it was nothing short of a miracle.”

The immediate family surrounding Mirkle – many of whom were at the game to support Shores starting junior linebacker Karsen Marihugh, Bob’s great-nephew, and two other family members who are cheerleaders – helped clear a small area in the packed stands and get Mirkle down flat on his back.

A woman sitting four rows back, who was well trained in cardio-pulmonary resuscitation, was able to clear Mirkle’s airway and immediately start chest compressions.

Mark Konecny, a Mona Shores assistant coach and part-time Norton Shores fireman, recognized what was going on and grabbed the automated external defibrillator (AED) on the sidelines and headed up into the stands. Konecny, who was an all-state quarterback for Shores in 1980 and went on to play two years in the NFL with Miami and Philadelphia, was able to connect the defibrillator and shock Mirkle’s heart back into action. 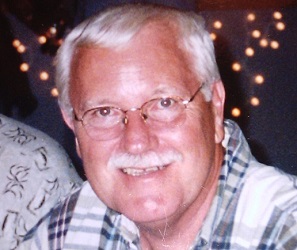 Joe Kinnucan, who was in the press box about to go on the air with a Sailor Nation Sports Network broadcast of the game, threw down his headset and made a beeline for Mirkle, leaving his son Noah to make his unplanned broadcasting debut.

“There was no second thought,” explained Kinnucan, whose full-time job is Deputy Fire Chief for the Norton Shores Fire Department. “You ask any first responder who is truly vested in their work, and they will tell you that they are always on call. I was just happy to be able to help out.”

The huge crowd and both teams, who were wired for one of the state’s biggest regular-season prep football games of the year, briefly put aside the intense rivalry and went dead quiet out of respect. Shores public address announcer Dan Vandermyde even asked those in attendance to say a prayer as Mirkle was carried underneath the bleachers, where Konecny and Kinnucan and others continued working on him as the game began.

Cheryl Mirkle, meanwhile, who was at home and receiving cryptic, panicked phone calls and texts from friends and family, believed that her husband had died. That is until she got a call from her niece, screaming: “He’s breathing! He’s alive!”

Cheryl first saw her husband at Mercy Hospital in Muskegon where, like a true fan, the first words out of his mouth were: “What’s the score?”

The score of that night’s game was surprisingly one-sided: Muskegon 53, Mona Shores 0. Since that shocking night, both Mirkle and the Sailors have been on the recovery trail.

Mirkle underwent heart bypass surgery Oct. 23, five days after the game, and ended up spending 11 days in the hospital. He is back home and even mowed the lawn one day, and will start his therapy sessions this week.

“I’m doing great,” said Mirkle, a retired truck driver and devout fisherman. “I’m getting better and getting ready to start going to therapy. My story has a happy ending.”

As Mirkle was recovering, the Sailors and Big Reds were putting together long playoff runs, with both culminating Thanksgiving weekend in MHSAA Finals appearances at Ford Field in Detroit.

Muskegon’s run came to a disappointing end in a 30-7 loss to River Rouge in the Division 3 championship game.

It capped an amazing rags-to-riches story for Mona Shores, which until recently had become synonymous with losing on the football field. Shores had only one winning season during a 14-year stretch from 1998 to 2012, but ended its playoff drought in 2013 and then made it all the way to the Division 2 championship game in both 2014 and 2018, before taking it all this time.

“We have waited all of these years for Shores to win some football games, and now it’s happening,” said Cheryl, who has been going to games with her husband since the late 1980s when their nephew, Sam Wakefield, was playing for the Sailors. “It really has been an amazing season in so many ways.”

At the community celebration at the school’s gym on Dec. 1, Mona Shores athletic director Todd Conrad praised the community for its support of the team and for rising up and raising funds to help defray the cost of travel en route to the championship.

It was actually the second time this season that the Mona Shores community responded quickly in a time of need.

“The saving of that man’s life was a textbook example of an entire community responding in the right way,” said Kinnucan. “People responded in a split-second with training which they had acquired somewhere along the line.

“Sure, we went on to win a state championship, which is incredible, but it still doesn’t top that moment and how everyone worked together to save his life.”

PHOTOS: (Top left) Bob and Cheryl Mirkle sit for a photo with their three grandchildren during Christmas 2017. (Top right) Joe Kinnucan, far right, returns to the press box Oct. 18 to share with play-by-play partner Nick Davros and their viewers that a man in the stands who was experiencing a cardiac event was “breathing and had a pulse.” (Top below) The Sailor Nation Sports Network crew, from left: Nick Davros, Noah Kinnucan, Connor Fritz, Joe Kinnucan and John Hall (with videographer Kimon Kotos on the roof). (Middle) Bob Mirkle. (Photos courtesy of Joe Kinnucan and Bob Mirkle, respectively.)