After years of grouping the championship games by classification across various diamonds in the state, talks about creating a new format for both the Michigan High School Athletic Association baseball and softball championships began following the 1980 spring tournaments. 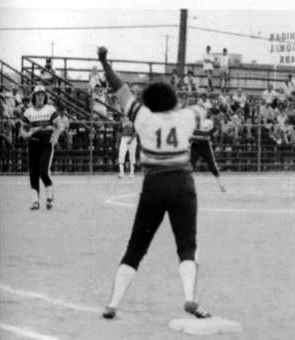 “Baseball and softball coaches have been complaining about spreading the tournament sites throughout the state,” according to an article in the Lansing State Journal. “They feel if football championships can be held at the Silverdome and basketball at Crisler Arena in Ann Arbor, why not showcase their sports (at a single location).”

“The coaches are certainly in favor of the four-class finals at the same site and were looking into it,” said Vern Norris, executive director of the MHSAA in June 1980. “There are several exceptional sites right now.”

In September, the Association announced that the 1981 Baseball Finals would be held at Central Michigan University’s Alumni Field, and that the Softball Finals would be played at Lansing’s Ranney Park, a sports complex that featured nearly $70,000 in recent renovations. Rain delayed all four championship games, scheduled for Saturday, June 13. Instead, they were played on the following Monday. 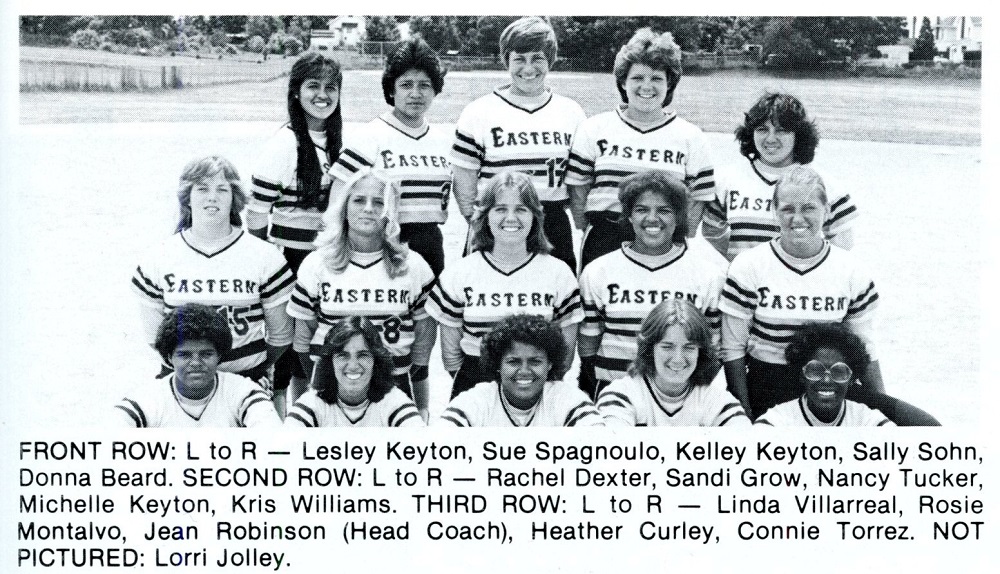 Eastern pounded out 13 hits, scoring once in the first inning and twice in the second for a quick 3-0 lead. Leftfielder Sue Spagnuolo, who went 4 for 5 at the plate, piled up a double and three singles in the championship game, drove in one of the runs in the second inning, and then followed with two more RBI in the third. Senior Kelley Keyton, who led the team in batting with a .412 average and six home runs, singled in two more runs in the third. Playing first base, she was one of three sisters, including Lesley Keyton (second) and Michelle Keyton (third), who occupied the infield for the Quakers. Sophomore shortstop Rachel Dexter added three hits and was outstanding defensively. The team’s final run came in the fifth.

Dexter, Lesley Keyton and Gentry would all later become teammates at Michigan State, while Sohn would carve out an outstanding career at Ferris State. Spagnuolo would attend Alma College, earning all-MIAA honors and setting multiple Scots records on the basketball court.

In eight postseason contests, Eastern outscored its opponents 79-9, with the Cousino win marking the only tournament shutout. In 1995, the Quakers’ team was honored with induction into the Greater Lansing Sports Hall of Fame. 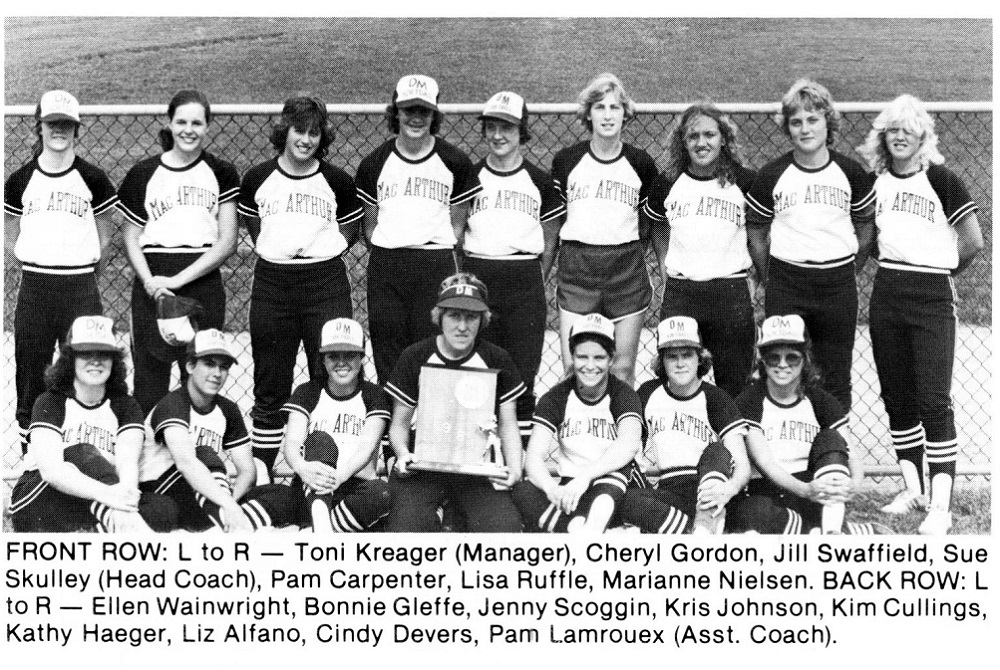 Saginaw MacArthur’s Liz Alfano held Eaton Rapids to four hits, all coming in the fifth inning, to lead her team to an 8-4 win over the Greyhounds. MacArthur, which lost its 1980 Regional Final to eventual Class B champion Fenton, finished the season with a 20-5 record.

The Generals opened up a 6-0 advantage early in the contest.

After walking in her first at bat, Pam Carpenter scored the game’s opening run on a Greyhounds throwing error in the bottom of the first inning, and then doubled in two runs in the second. A bloop single by Alfano in the third pushed across another run. That was followed by a single by Jenny Scoggin that scored two more runs, giving MacArthur its lead.

Alfano hadn’t allowed a hit through the first four innings before a bad hop on a grounder in the top of the fifth allowed Eaton Rapids to score a run. Trailing 6-1, the Greyhounds filled the bases with nobody out. MacArthur’s second baseman Cindy Devers came up big defensively, turning a double play on a grounder by tagging the runner headed from first to second before making the easy toss to first.  While the runner at third scored, it appeared that “MacArthur might escape without further damage, “ according to Mike Thompson of the Saginaw News.

“However, an infield error allowed a third run to score. Another error, followed by a base hit, produced another run and cut MacArthur’s lead to 6-4.

With “the tying runs in scoring position … Generals Coach Sue Skulley made a trip to the pitching rubber.” Skulley knew Eaton Rapids had a reputation as a strong comeback team, and hoped a little break might help Alfano on this hot, muggy day.

Following the mound visit, Alfano got the third out of the inning on a fly to right field.

Devers scored in the fifth and Carpenter scored again after notching a triple in the sixth to seal the victory.

Alfano finished with a 16-3 win-loss mark on the year. Eaton Rapids ended with a 14-9 record as Denise Miller was tagged with the loss. 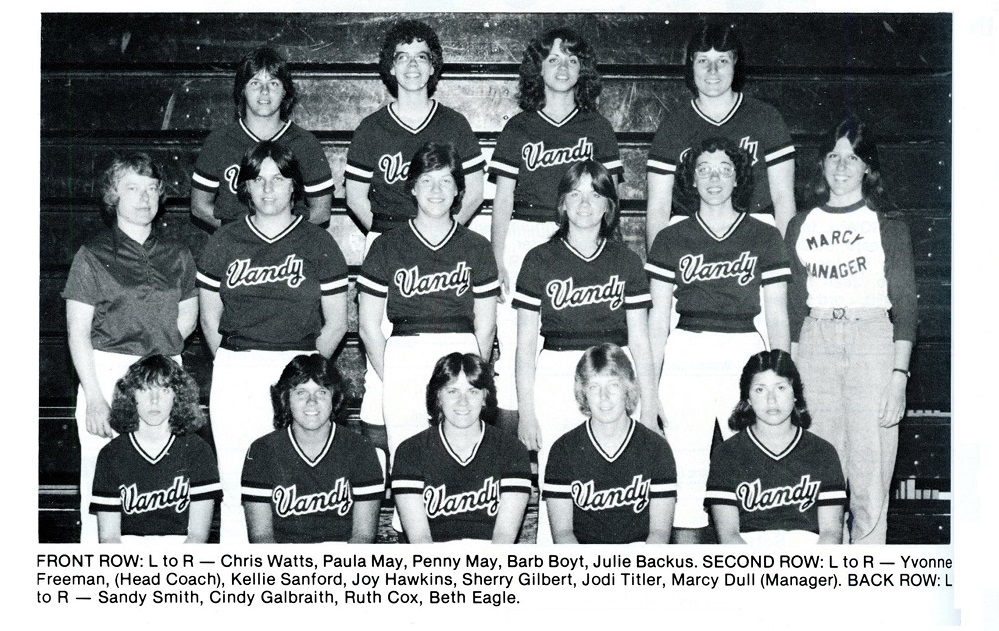 Five walks, two hit batters, and eight errors – including a pair in the ninth inning – helped the Vandercook Lake Jayhawks (14-4) earn a surprise 5-4 win over Breckenridge (18-6).

>Vandercook Lake blew an early 3-1 lead, and with the game tied, 3-3, a lead-off triple by Breckenridge first baseman Brenda Rohn in the top of the seventh appeared to set the stage for a comeback win by the Huskies. “However,” according to Lansing State Journal coverage, “an unsuccessful squeeze play and two pop ups got Jayhawks pitcher Beth Eagle out of the touchy situation.” With Vandercook Lake unable to score in the bottom half, the teams headed for extra innings.

In the top of the ninth, Rohn, who finished 4 for 4 from the plate, notched her third triple of the day, and then scored on a two-out single by Claudia Parfitt to break the tie, 4-3.

But Vandercook Lake scored twice in the bottom of the inning to grab the title.

“Barb Boyt reached first for the Jayhawks on a throwing error then moved to third after a wild pitch and a passed ball,” stated the Jackson Citizen Patriot years later, recalling the drama. “After Breckenridge issued a walk to put the game-winning run on first, Coach Yvonne Freeman put Sherry Gilbert in to pinch run. Boyt scored on another error and Gilbert moved to second. With two outs, Paula May hit a groundball to third base and Gilbert slid under the tag for a 5-4 win.”

Freeman had only four players turn out for varsity tryouts that spring, and junked the JV squad to compile a team.

Breckenridge’s Evelyn O’Boyle, who allowed two hits on the day, was unbeaten entering the match-up and took the loss. 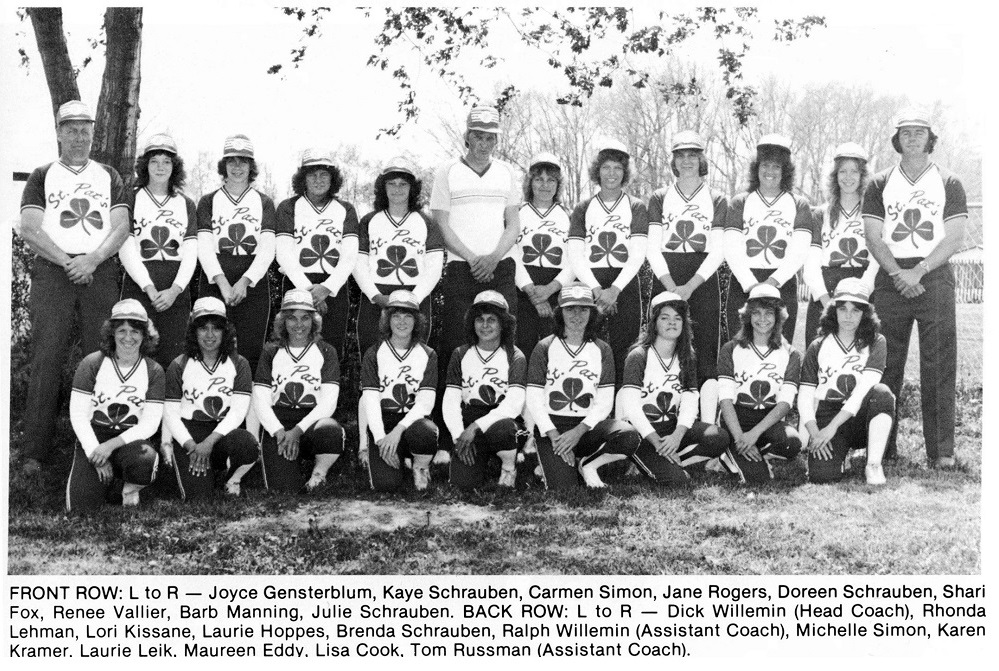 Portland St. Patrick opened up an early 3-0 lead, then held on for a 3-2 win over Wyoming Lee before a crowd of 500. It was the Shamrocks’ 26th win on the year against two losses.

“We’ve played well all year,” St. Patrick coach Dick Willemin told the Journal correspondent Steven Waite following the game. “We got super play out of our infield today. But I’ve said all along we’d go as far as (pitcher) Jane (Rogers) took us.”

Sophomore Karen Kramer opened the St. Patrick scoring in the bottom of the first inning. In the second, Carmen Simon “walked, moved to second on a wild pitch and scored on Laurie Hoppes’ single to center,” according to the Journal’s account of the game. “(Freshman Laurie) Leik was safe on a fielder’s choice, stole second, and took third on a passed ball. She scored on catcher Doreen Schrauben’s ground out.”

Lee (21-8) rallied back in the fourth, as Tammi Melinn doubled, moved to third on a Cassie McCann single, then scored on a single by Cheryl DeLaat. McCann, who had advanced to third on DeLaat’s hit, scored “on an ensuing ‘pickle play’” as DeLaat was thrown out attempting to steal second. “Rogers got St. Patrick out of further trouble by forcing the next two batters to pop out.”

Rogers’ strong pitching combined with solid defense sealed the victory. Just a junior, Rogers allowed four hits and fanned five to end the year with a 21-2 mark. She struck out more than 100 during the season and established Shamrocks records for strikeouts in a game, season, and career, as well as wins in a season with 21 against two defeats.

A special thanks to Saginaw’s Jeffrey Cottrell at the Castle Museum and Stacy McNally at the Hoyt Library for their assistance in gathering reference materials.