BROOKLYN – When Khol Partridge gets some time away from the football field, basketball court and baseball diamond, he knows exactly where he’s going – to relax with some Mixed Martial Arts.

Partridge is winding down his days as a three-sport athlete at Brooklyn Columbia Central, a Class B school in southeast Michigan’s Irish Hills area. His father Rodney owns Pure Combat, a gym in Cement City that challenges Khol as an athlete, both mentally and physically, in a different way than high school sports do. But, combined, Khol said, it’s made him a stronger athlete and more of a leader.

“In the summertime, I’m in the gym every day,” Partridge said. “It makes you such a better athlete. It improves your attitude, your mindset, your balance, everything about being an athlete.”

Partridge mainly does the Jiu Jitsu form of MMA, not the type that puts him into a ring with another striker, or fighter. But, it’s still intense.

“My dad puts me through all kinds of crazy workouts,” he said. “You get yourself into tough spots in MMA and it makes you have to find a way out of it. That’s one way it helps you in other sports.”

Partridge has been in more than a few tight spots for the Golden Eagles over the last few seasons but has usually found a way to success. The CC football team has gone 23-9 over the last three seasons, making three consecutive playoff appearances. He led the Lenawee County Athletic Association this past season by completing 154-of-257 passes for 2,317 yards and 26 touchdowns. He threw just four interceptions all season. He also ran for 511 yards and nine touchdowns.

“I could go on about Khol for a long time and tell you about all his stats and achievements,” Kubiak wrote in an e-mail. “In my opinion the best quality Khol has is his leadership skills. I remember back to when he was a freshman on our playoff team. He was the last player on the field after our loss hugging seniors and then came up to me and said, ‘We will be back.’”

The Golden Eagles won their first league football title since 1982 with Partridge at quarterback this past season. He finished with 4,800 career passing yards and a number of CC football records. 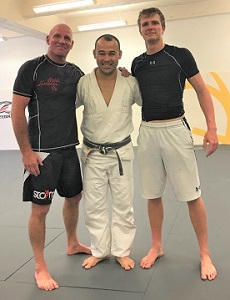 “He has the special talent to get other student athletes to follow him, and he gets the best out of them,” Kubiak said. “He always finds the positive out of the worst situations.”

It’s no surprise that Partridge chose the quarterback position – or, rather, it chose him.

“My biggest goal has always been just to be a leader. Leadership is a full-time job. You just have to step up at important times, to be an inspiration to others in the huddle or know when to get after someone and when to just give them a high-five and say, ‘It’s all right. Keep your head up.’”

Partridge got a few looks from colleges and was close to trying to walk on at a Division I school out west. Ultimately, he decided to stay a little closer to home and committed to Ohio’s University of Findlay, a perennial football powerhouse in Division II.

“I got a lot of looks, but nothing seemed to pan out. Then, the Findlay coach hit me up on Twitter,” Partridge said. “They contacted me, so saw tape and I went to visit. They have a great campus. I even did some research, and I know there is a Mixed Martial Arts gym not far from campus.”

In basketball, Partridge was the team’s top scorer in 2018-19, made 48 3-pointers and finished his career with more than 750 points over parts of four seasons. In baseball, he’s one of the team leaders in hitting and is enjoying another season of success.

In baseball, Partridge is a middle infielder. When Tompkins pitches, Partridge plays shortstop; otherwise he plays second base.

“We are a really good double-play combination,” he said. “I think last year we turned like 20 double plays together. It’s crazy. We’ve played together a long time. We’ve kind of always been that duo.”

“The season is going great,” he said. “I’m hitting fairly well, not as well as I want to be hitting, but I’m working hard. Baseball is so mental. You have to be mentally right to play the game.”

Partridge is quick to credit his parents, Rodney and Terri, for his success.

“My dad has been the biggest influence in my life,” he said. “He’s always been someone to look up to. And my mom is the best ever. She keeps my head in line. I’m so blessed to have two parents I can look up to.”

Khol Partridge is excited for the next chapter in life, although he still has some work to do this spring with the CC baseball team. He’s entertaining the idea of trying to walk-on with the Findlay baseball team.

“I definitely think I can,” he said. “Sports are a big part of my life. They always have been. Sports teaches you so much about different aspects in life.”