Rogers City has been out for revenge ever since Kalamazoo Christian eliminated the Hurons in last year’s Division 4 Semifinal.

Radke and Hall played a big part in making that dream come true Saturday as the Hurons beat the Comets 3-2 in to earn Rogers City its first MHSAA softball title.

“It’s my senior year, and I couldn’t have ended it any better way,” Hall said.

Kalamazoo Christian (28-17) scored first, in the first inning, but Rogers City responded in the third.

Logan Fleming and Courtney Streich both reached on Comets errors, and Sarah Meredith brought Fleming home with a single to left field. The Hurons (34-6) left three on base – but took the lead in the fifth inning.

Hall reached base and Alexa Quaine doubled down the third-base line to score her for the go-ahead run.

The Comets had a chance to put up another run in the sixth inning, but left two stranded.

“We have a fantastic infield, and the defense was there again today,” Hurons coach Karl Grambau said. “We knew they were going to put it in play and we were ready for it, and Nikki was just incredible.”

Radke pitched a complete game, striking out three, walking none and giving up five hits.

“Nikki is a great pitcher and a really underrated pitcher,” Grambau said. “She doesn’t strike out a lot of girls because the girls put a lot of balls in play.”

Meredith walked to start the seventh inning and Hall brought her home with a double to left field to give the Hurons a 2-run lead.

“It turned out the be a game-winning hit, and I could never have expected that and I am honored to have that opportunity now,” Hall said. “I am just glad Sarah ran her butt off to get in.” 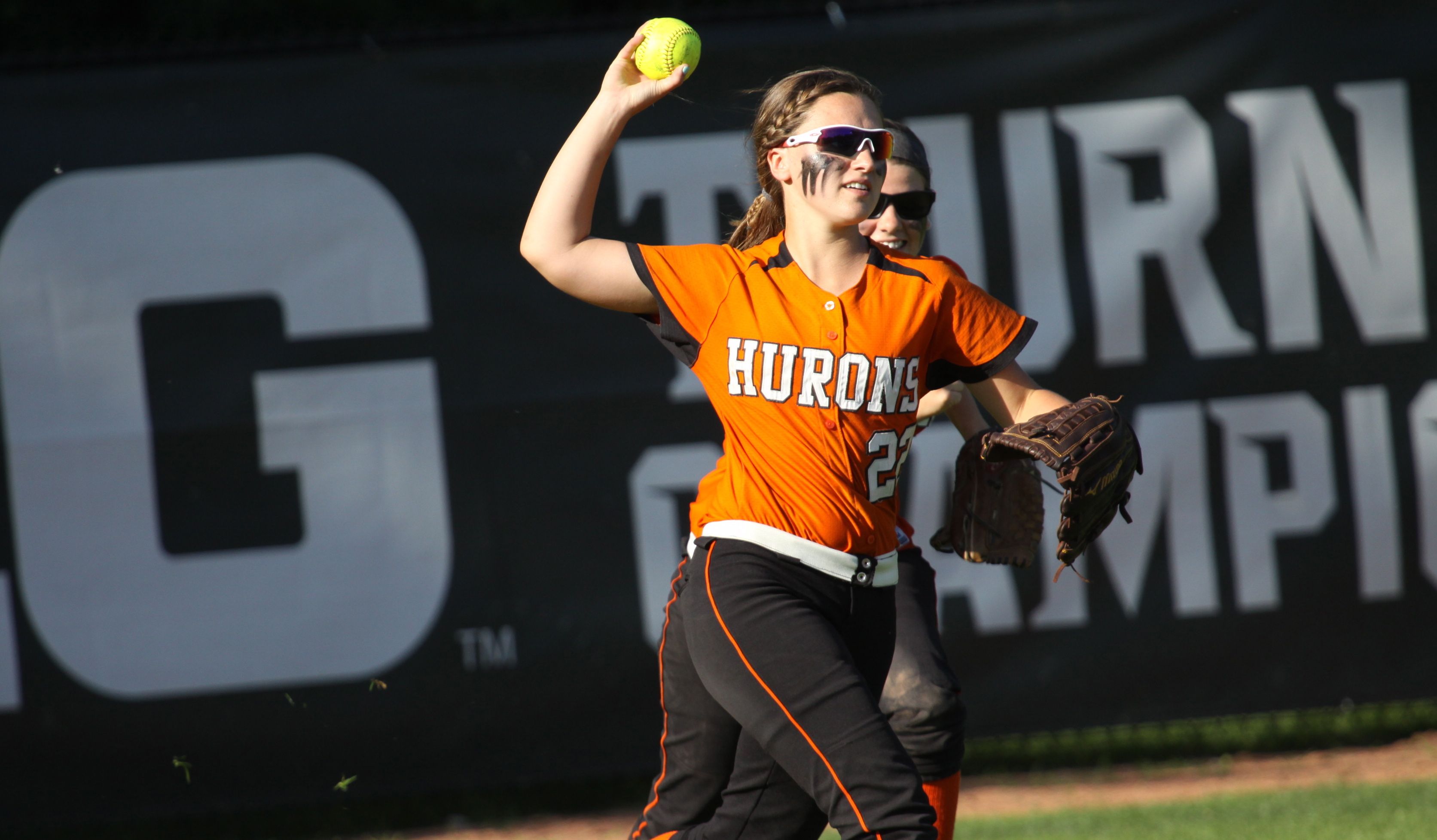 Hall’s hit was indeed a big one as Kalamazoo Christian found some magic with two outs left in the bottom of the seventh inning.

After Radke struck out the first two batters, Cara Knasel double to deep right field. Erica Block then singled to left, which put up another run for the Comets and pulled them within one of the lead.

“I really wasn’t nervous at all,” Radke said. “I lived in the moment and realized it was my last softball game ever. It got a little nerve-racking once they scored that run.”

Madison Locker connected on the next pitch, but it was caught in left field to end the ballgame.

“Our motto was to believe and achieve, and we definitely went in believing and we ended up achieving,” Radke said.

“Nikki has been four years in the making,” Hall said of Radke. “She has dedicated her summers and her winter to pitching. She got us here last year and took us farther this year. We can never thank her enough.”

Rebekah VanDam took the loss for the 2013 champs, striking out four, walking three and giving up eight hits in seven innings of work.

“We knocked them out of the tournament last year, so it was kind of a revenge factor for them,” Kalamazoo Christian coach Terry Reynolds said. “They played hard against us earlier this year, and they repeated that again today. They played great defense, just wonderful defense.

“The pitcher kept us off-paced. She really didn’t surprise us with anything; we just couldn’t touch her. We couldn’t get that key hit when we needed it.”

Grambau said the win is one for the community.

“It’s unbelievable for us and northern Michigan to get this victory,” he said. “Last year we got shut out and then we beat them earlier this year in a tournament. We knew it was anybody’s game, and we are just happy to get this win. It means so much for our program and for our girls.”

PHOTOS: (Top) Rogers City players are cheered on by their fans after winning the Division 4 championship at Secchia Stadium. (Middle) Hurons centerfielder Cassie Brege throws the ball in during Saturday’s Final.