EAST LANSING – Runner-up a year ago – and seeking the first team championship in any sport in school history – Millington made sure it would be heading home with a softball title Saturday.

The Cardinals dominated Schoolcraft from the start of an 8-0 victory in the MHSAA Division 3 Final at Michigan State’s Secchia Stadium, a year after missing out on that milestone victory by just a run.

Last year, Millington led Coloma 5-4 before eventually losing 7-6. Coach Greg Hudie said his team watched film of that game the first day of practice this spring, and then the issue of last season was put to rest.

“I know some of the players and parents probably didn’t want to watch it, but after that we didn’t talk about last year at all,” he said. “That was in the past. This group loves each other, and we have team chemistry. They put a lot of work and sacrifice into doing this. They are like my daughters.”

Millington, which also won its first Regional title and made the Semifinals when these seniors were freshmen in 2016, finished this season 38-2-1.

“To win the first championship in school history is something special,’’ said senior Gabbie Sherman. “This is the first in school history to win in anything. We worked so hard for this. For it to come true is amazing. We’re like family, and watching us play you can see that.’’

After Sherman set Schoolcraft down in order in the top of the first inning, Millington outfielder Darrien Roberts got the Cardinals’ offense rolling with a blast on the first pitch she saw to deep center field that climbed up the light pole and over the fence to give her team a 1-0 lead.

“It was definitely a starter; it got my team going,’’ said Roberts, who hit her 18th home run of the season. “Anytime I go up as the leadoff hitter, my coaches tell me I set the mood and I have to set the tone and get on base. They told me I have to be the explosive player. Hitting that home run right away, I knew it was gone. I knew it was going to be a good finish for my team. I knew this was our year. No more of that Coloma stuff. This was our year.’’ 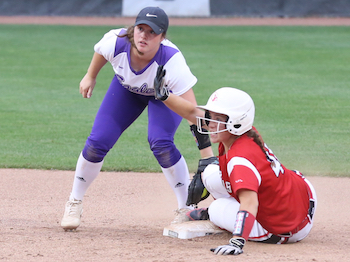 Before the Eagles could get an out, Leah Denome singled, Sherman singled, Madi Hahn had a two-run double and Sydney Bishop had an RBI single to make it 4-0.

Sabrina Gates had an RBI single, forcing a pitching change with the Eagles down 5-0. After the switch, Elizabeth Bees singled. Roberts, who started the fireworks, lined a shot to center which was hauled in by Allie Goldschmeding to end the rally.

On the mound, Sherman struck out the first five batters she faced before giving up a single to Jordan Watts. Sherman quickly struck out the next batter to end the inning.

She helped her cause again in the fourth inning with an RBI single to make the score 6-0.

Hahn added an RBI single to make it 7-0 and a fielder’s choice throw to home was late as the lead swelled to 8-0.

Millington had 17 hits total, and for the second straight season Denome tied the Finals record with four. Sherman had three hits and struck out 13 batters in her final high school start.

Of course, there was no better way to finish for seven Millington seniors who have helped the program achieve so much. The Cardinals upped their record over the last four seasons to a combined 150-16-1.

“This was hard because a lot of the media talked about last year,’’ said Roberts. “Parents and fans would mention it. So we told them ‘no more.’ We didn’t want to talk about it.”