Few sports stack fans to the rafters like the MHSAA Competitive Cheer Finals, which set attendance records for 12 straight seasons through 2015 in growing to become one of the state's most well-cheered for sports at the championship level.

Today's "Through the Years" looks at two decades of MHSAA sponsorship of a sport that's also more than doubled in athlete participation over the last 15 seasons.

This feature is from the spring issue of benchmarks, built and written by Rob Kaminski. Scroll to the bottom of the page for links to our previous installments. 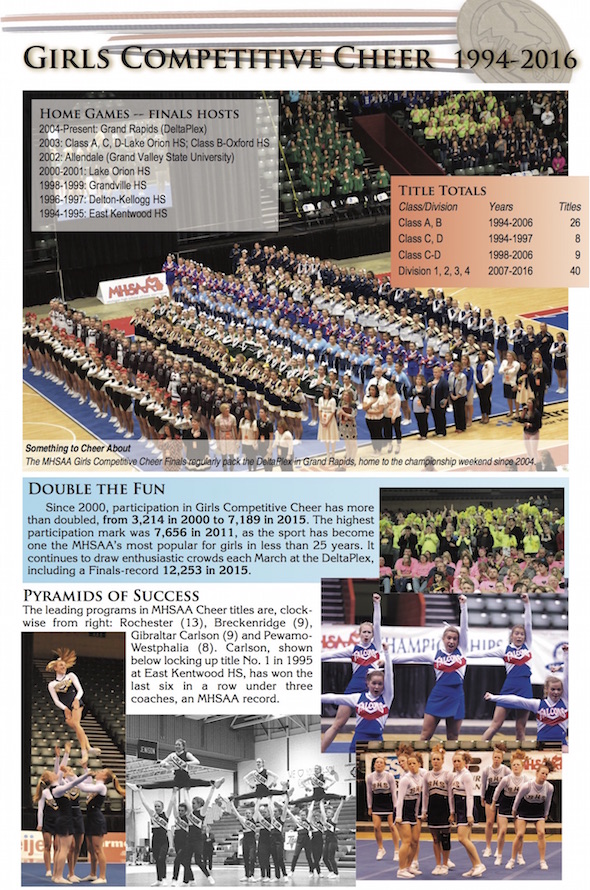