Following is the publisher’s note and cover story from the Fall 2021 edition of benchmarks, which was published earlier this school year and highlighted changes coming to tournaments as MHSAA activities moved back toward normal.

Suffice it to say, as we stride into the 2021-22 school year, it is not just another year for the MHSAA, nor will it be business as usual as we continue to monitor the COVID clouds that can’t dissipate quickly enough. However, we do intend to make it as close to “business as usual” as possible.

From the Publisher: Not “Just Another Year” Ahead, But Here’s Hoping

After the disheartening cancelation of numerous winter tournaments and the entire spring seasons of 2020, together we navigated through a tumultuous 2020-21 athletic campaign with plenty of blood, sweat and tears to combat a multitude of obstacles.

The entire MHSAA staff owes a debt of gratitude to every individual who made last year possible, from our school administrators to ticket takers, literally thousands of contributors who made sure we reached the finish line against seemingly insurmountable odds.

There were many occasions during the pandemic when the easiest path would have been to give up and give in. School sports was the one thread of normalcy in many school communities, and it provided the important opportunity to remain physically active. Even more critical, it offered an in-person avenue for personal connections and relationships with a student’s coaches, teammates and even opponents during a time that was so virtual and distant in most other ways.

And, now we move forward, taking steps toward a better future.

One of my favorite quotes is “The comeback is always better than the setback.” There have been many setbacks for all of us over the past 16 months, and we look forward to working with your school and school community in finding more normalcy for our kids in this year of the great comeback.

Let’s continue to come together and support our young people during a time where school sports are needed now more than ever.

The end goal? Nothing new and earth-shattering. In fact, we’re shooting for the opposite. 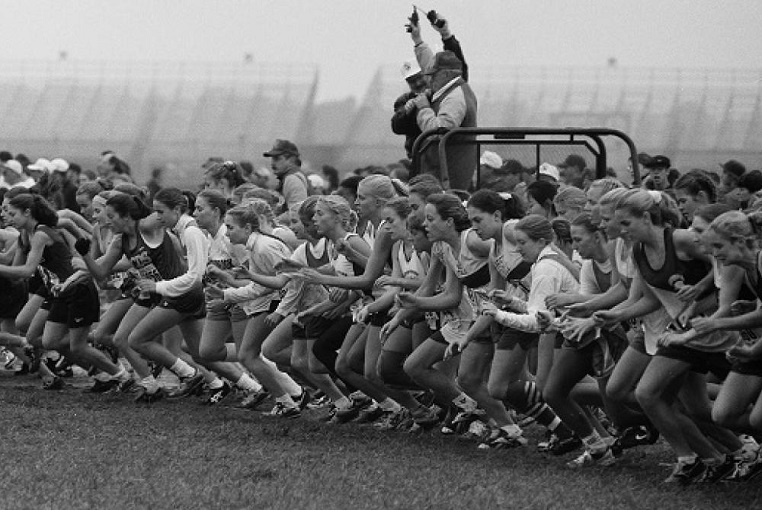 With the school year in full swing, hopes are high that the only changes for this year and beyond will be membership-driven.

The 2020-21 MHSAA athletic year could best be described as both unforgettable and forgettable. Seasons began, and were halted. Some sports didn’t begin, then they did, then were put on hold. Testing was mandated and modified. Masks were part of the uniform at some venues, and not required at others.

Last school year began, from the standpoint of the MHSAA and its constituents around the state, with the first of what would be 37 updates concerning processes and procedures outlining everything from testing to tournament schedules in the most fluid and chaotic period of time anyone currently in school sports has experienced.

In the end, through the tremendous leadership and fortitude of athletic administrators, coaches, contest officials and parents – and the resilience and the enthusiasm of the student-athletes we serve – the year culminated last June in settings as close to normal as things have been since March 2020.

Although some clouds remain overhead, and eyes and ears continue to closely monitor developments which threaten the health of athletics and participants, here’s hoping for mostly sunny skies and a 2021-22 year that will return to normalcy.

With that in mind, there are a few new wrinkles to this Fall’s tournament season.

One of the most anticipated sport-related changes for Fall 2021 is the full implementation of the “enhanced strength-of-schedule” format for selecting the 256-team field for the 11-Player Football Playoffs. The new format eliminates automatic qualification based on win total and bases it solely on playoff-point average, which also is determined differently in that it now awards teams more for playing tougher schedules.

The new playoff-point formula was used in 2020 to seed teams at the District and Regional levels, but its use for qualification was put on hold as COVID-19 caused a one-season switch in playoff format that allowed all teams to qualify.

"Schools for years have struggled finding opponents during the regular season, especially those programs that have had some success over the years,” said MHSAA Executive Director Mark Uyl. “Now, qualification for the playoffs will be based strictly on playoff points, so schools will benefit by scheduling tough opponents, win or lose. This new approach will build excitement, and will address a scheduling problem that has occurred for many years."

Lower Peninsula Cross Country also will implement a change that was postponed last year when adjustments were made to thin the Finals field by running in “sessions” and spreading the Finals over two days.

This year, spectators will likely see more runners at Michigan International Speedway than ever before due to a potential increase in Regional qualifiers to the Final.

The Cross Country/Track & Field Committee in January 2019 recommended a change to allow a minimum of seven individual qualifiers to advance from each Regional race. The MHSAA Representative Council approved the idea for 2020, and the change will take effect this fall. 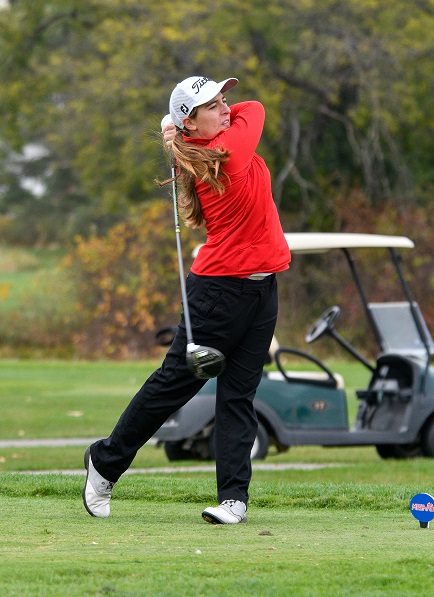 “The Committee felt that in some years a Regional with a few strong teams limits or hinders the ability of individual runners not on those teams from advancing; meaning that if they weren’t in the top 15 they weren’t going to advance,” said MHSAA Assistant Director Cody Inglis, who oversees the Cross Country Tournament.

“Standardizing the amount of individual runners per race allows more competitors while also ‘guarding the gate’ against making the races too big in each division. This standardization of the individual qualifiers allows more kids to get a taste of the Finals while not limiting the strong teams that exist in several Regionals around the state in each Division.”

Previously, runners on teams that did not qualify as a whole could still advance to the Finals if they finished among the top 15 individuals at a Regional – but at some Regionals runners from the team qualifiers filled the great majority of those top 15 finishes. The seven individual qualifiers from each Regional this season will be the first seven finishers from teams that do not qualify as a whole, even if they finish outside of the top 15.

While COVID factors delayed action in most sports, the pandemic in fact expedited change in the sport of golf. The Golf Committee’s recommendation for live scoring in 2019 was implemented in tournaments during 2020-21, and now is required for regular-season events as well, beginning this school year.

“The state of the pandemic precipitated the move to the use of electronic scoring during the MHSAA Girls Golf Tournament in the fall of 2020, as eliminating the exchange of physical scorecards was a measure that decreased contact points between participants and helped ensure the safety of all at MHSAA events,” said Inglis, who also oversees all golf activities.

The scoring platform is made available through the MHSAA Golf app, which was created and is operated by iWanamaker and allows golfers, coaches and fans to chart scoring in real time.

“High school golf at times was one of the only sports where no one knew what the score was until after the round was completed, often times far too late to make any corrections or adjustments,” said MHSAA Project Coordinator Cole Malatinsky, who heads up the iWanamaker system. “The MHSAA Golf app and iWanamaker scoring platform allows people to track results in real time and helps the MHSAA better manage the logistics of tournaments, two aspects much needed in high school golf.” 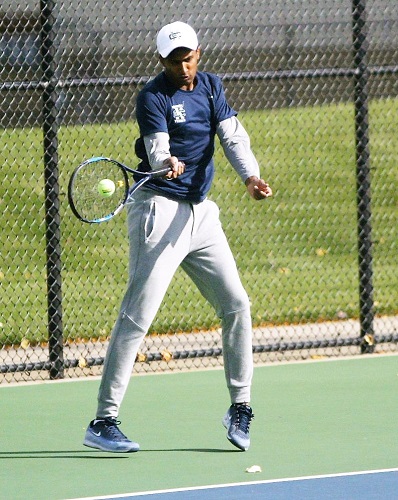 “This system not only provides coaches and tournament managers an easy and efficient means of setting up and scoring tournaments, but helps to increase scoring integrity,” Inglis said. “Recording only your score for each hole on a scorecard (electronic or paper) was defined as a deficiency in the scoring process for high school golf. While no system replaces integrity – which you either have or don’t have – iWanamaker allows more ‘eyeballs’ on all scores during the course of a match.”

Along the lines of competitive integrity, a change also has been made for the MHSAA Tennis Finals. If a seeded player withdraws on the day of the MHSAA Final, all seeded players below that withdrawing player (including the provisional seed in that flight) will move up and be placed on the proper line for that new seed. Playing against the same team more than twice at the Finals is permitted in this instance.

“The Tennis Committee felt that this was a logical solution to situations that sometimes arise on the day of the event,” said MHSAA Assistant Director Dan Hutcheson, who coordinates tennis events. “This way, individuals who have worked hard to earn seeded positions will be elevated to the next position on the brackets.”