Phil Millerov and Phil Niklowicz wanted to do more than simply defeat opponents when wrestling at Caro High School.

They wanted to dominate – physically and mentally. 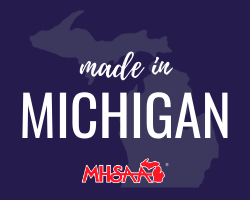 “We had this thing between us where we wanted to be done, and (opponents) didn’t want to come back on the mat with us,” Millerov said.

Twenty years later, both spend their days building people up. Millerov is a licensed professional counselor, while Niklowicz is a licensed therapist.

“I went out there looking to dominate and make sure it was known that I am the superior wrestler in all facets,” Niklowicz said. “I would try to run up as many points as fast as I can. I would teach the same thing when coaching, specifically with my nephew. You’re saying, ‘Listen, we want to break these people.’ Then the next day, in a therapy session, it’s like, ‘Let’s build up your self-esteem and set some goals to boost ourselves up.’”

The close friends and two faces of Caro’s surging wrestling program in the late 1990s now have very similar careers. Millerov – who finished second, third and first at 275 pounds in the 1998, 1999 and 2000 MHSAA Finals, respectively -- works in private practice at Transitions Counseling Service in Greenville, where he specializes in substance abuse disorders. He also has served as a Class 1 Fellow at the WK Kellogg Foundation.

Niklowicz – a two-time MHSAA Finals champion (1999 and 2000) and four-time placer – is working in private practice in Southfield, seeing mostly children. He also works in adult foster care with patients who have had traumatic brain injuries.

“He and I went and hiked Pictured Rocks at the beginning of May,” Millerov said. “And we joked about how nobody would have guessed that we’d be doing this now.”

That Millerov and Niklowicz are still close does not come as a surprise. Their friendship began when their wrestling careers did, as 6-year-olds in the Caro Growlers program. As they were becoming two of the state’s top wrestlers, they would share rides to tournaments, and their families grew close.

In high school, despite their size difference – Niklowicz wrestled at 135 his senior year – it wasn’t uncommon to see them warming up together.

“We were definitely easy going and liked to mess around a lot,” Niklowicz said. “We used to mess around before meets and throw each other. He would jump and I would throw him. People would look at us like, ‘Why is that little guy throwing that big guy?’” 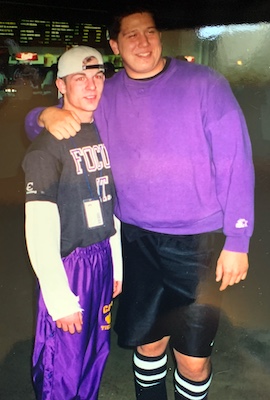 While their teams never made it out of the Regional, Millerov and Niklowicz helped set the stage for a program that would become among the best in Division 3 throughout the 2000s, qualifying for five straight Quarterfinals from 2003-07 and winning the Division 3 Finals title in 2003.

Individually, they were among the most well-known and feared wrestlers in the state.

“Niklowicz and I were fortunate to have each other, because we pushed each other,” Millerov said. “We were in constant competition with each other and ourselves. Just to kind of push each other, it was a great thing.”

Niklowicz finished fifth as a freshman and third as a sophomore before winning back-to-back titles to close out his career. In 1999, he defeated Nick Oertel of Goodrich 9-2 in the 125-pound final, and the next year he defeated Oertel’s teammate, Ryan Tripp, 7-5 at 135. Tripp would go on to win an individual title the following year. Niklowicz would finish his career with 214 victories.

“I think probably both (Finals titles) were equal,” Niklowicz said. “I think there was probably a little more stress going into my senior year. My motivation always came from improving, then it was maintaining the state title. You don’t want to go the opposite direction.”

Millerov lost a tight 6-4 decision against Remus Chippewa Hills’ Bob Kozlowski in the MHSAA Finals as a sophomore, and had an epic 12-10 match against future NFL defensive lineman Jason Babin of Paw Paw in the 1999 semifinals before fighting back to take third. The next year, he won his title via first-period pin against Dan Kliphuis, a two-time runner-up from Grand Rapids West Catholic. Millerov finished with 196 career wins and set the state record for pins in a career (160), which was broken the next season by Nick Simmons of Williamston and is now held by Justin Zeerip of Hesperia. The 56 pins Millerov recorded his senior season remains second all-time to Simmons, who had two seasons with 57.

“I never really thought about (the pin record) to be quite honest,” Millerov said. “It was just kind of in the background. It didn’t matter; all I cared about was winning this match, and I wanted to do it in the most effective, efficient way I could.”

They both continued their wrestling careers, but went their separate ways in college, with Millerov heading to Neosho County Community College in Kansas and Niklowicz to Virginia Tech.

Millerov had interest from several Division I schools coming out of high school, including some in the Big Ten, but he admits his grades weren’t good enough at the time. Neosho provided a chance to compete with some of the best in the country while at the junior college level, however, as the team took second at the National Junior College Athletic Association championships in 2002.

He transferred to Central Michigan after his sophomore year, joining his girlfriend – now his wife – who was already attending, and walking onto the wrestling team. While his relationship lasted, wrestling did not.

“I was distracted,” Millerov said. “My grandmother passed away in 2002 in that summer. I was trying to get that motivation back, and I just lost it. There has to be that edge with wrestling. When things didn’t work out, I struggled. Wrestling was my identity.”

Millerov was working to follow in his father’s footsteps and become a police officer. But the elder Phil Millerov, who died in 2012, talked his son out of it.

“Looking back on it, for me, it was obviously the right decision,” Millerov said.

The idea to go into counseling came after Millerov was married in 2006, as his wife had gotten into the program. He went back to school to earn his bachelor’s degree from CMU in 2007, and would go on to get his master’s from CMU, as well.

“I had taken a bunch of psychology courses just because I liked the field,” Millerov said. “I liked to be challenged. I liked puzzles, and with psychology, it’s like a new puzzle every hour. It just clicked. I flew through and graduated with like a 3.8. I was like, ‘Wow, I kind of feel smart.’ It was good to find something I was passionate about again.”

Millerov said he’s constantly learning and honing his craft, much like he did as a wrestler. A major difference now, however, is that he’s found more balance in his life.

“I think about working with athletes in addiction, I find a lot of similarities,” he said. “Wrestling was my life, it’s how I identified myself. I hear that same kind of talk around people struggling with addiction. One you’re considered successful for, the other you’re not. Most of my growth has been around finding balance. I find that my happiness and my clients’ as well, is when we found that balance instead of being good at just one thing. I want you to have passion, I want you to do things you love, but I also want you to be effective as a husband, a father, whatever other responsibilities you have.” 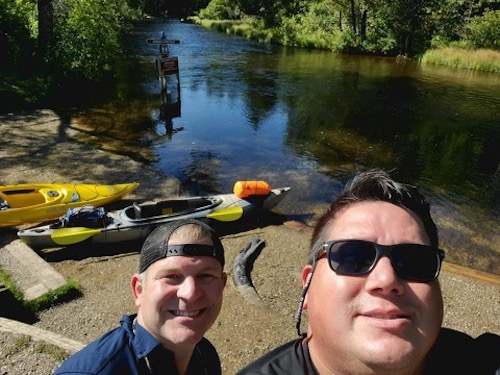 Niklowicz’s journey to becoming a therapist was more telegraphed, as both of his parents work in mental health, and he said it was always something he wanted to do, as well.

He attended Virginia Tech on a wrestling scholarship, but transferred to Eastern Michigan after one year. The Hokies had recruited him to wrestle at 133 pounds, but when the team’s 125-pounder was injured, Niklowicz was asked to cut down further. Like Millerov, he struggled when his wrestling career ended.

“I just had a really bad taste in my mouth after leaving Virginia Tech and trying to cut all this weight,” he said. “Some of it was I had lost the desire to work out, to wrestle. Fifteen years, roughly, of my life was dedicated to wrestling, and once you stop, what do I do with my winters? What do I do with seven months of the year? It was definitely a part of my identity; that’s why I got into coaching. I did MMA fighting for a little bit to have something competitive.”

“In the mental health field, specifically, there’s a lot of burnout for people,” he said. “Every day, you’re listening to people talking about their problems, but at the same time, they’re coming for a reason and they’re there for help, so you have to provide that help and have to motivate yourself to come to the office every day and give it your best. I try to instill the motivation that I used to other people.”

When Niklowicz looks at his time as an athlete compared to his work as a therapist, he said that work ethic is the main characteristic that has carried over.

“I think my practice mentality was the same as it was on the mat,” he said. “Even in the wrestling room, these are people I’m friends with, people I grew up with, and I still didn’t want anyone to score on me. Then you just look at your work ethic outside of wrestling, whether you’re studying for exams or motivating yourself to get up and go to class.”

While they are no longer living in the same town or living similar lives – Millerov is married with three kids, while Niklowicz is single – the connection between Caro’s dominant duo remains strong, both professionally and personally.

“I don’t think we ever thought we would be going down such a similar path, and I doubt that either one of us grew up thinking we would do the exact same thing,” Niklowicz said. “We met when we were 6 years old, and we’ve been best friends forever. I think it’s hilarious that we’ve taken such similar paths but with some glaring differences. It’s definitely interesting that we’re still really good friends after 30-some years, especially since we’ve moved on and gone our separate ways.”

PHOTOS: (Top) Caro’s Phil Millerov lifts teammate Phil Niklowicz as both celebrate Division 3 championships during the 2000 Individual Finals at Joe Louis Arena. (Middle) Niklowicz, left, and Millerov were high school warm-up partners despite wrestling at significantly different weights. (Below) Niklowicz and Millerov take a selfie during a hiking trip to Pictured Rocks National Lakeshore in May. (Photos courtesy of Niklowicz and Millerov.)