EAST LANSING – Few high school teams have made a home of Michigan State University’s Breslin Center like Flint Beecher over the last decade.

That’s what made last season’s just-miss of MHSAA Finals weekend so unsettling. And Beecher seemed to take out all of its disappointment on Hanover-Horton during the first half of Thursday’s Class C Semifinal.

Back at Breslin for the sixth time in eight seasons, Beecher scored the first 11 points to pull away almost immediately on the way to defeating the Comets 71-43.

The Buccaneers’ 2013-14 season ended with a one-point Quarterfinal loss to eventual runner-up Pewamo-Westphalia. In its return to the semis, Beecher led by 20 at the end of the first quarter and 31 by halftime.

“I just wanted to get off to a quick start, start the team off fast. We wanted this bad,” Beecher senior guard Samuel Toins said. “Last year we suffered a heartbreak, and we didn’t want to feel that pain like we felt last year.”

Top-ranked Beecher (25-1) will seek its sixth MHSAA title at 4 p.m. Saturday against Grand Rapids NorthPointe Christian. A title would be the Bucs’ third in four seasons – they won back-to-back in Class C in 2012 and 2013.

They’ve had similar hot starts to Thursday, Toins said, “but this is the most important.”

He had 11 points, with three 3-pointers, and all five starters scored as Beecher built a 23-3 advantage by the end of the first quarter.

Bucs coach Mike Williams said his only worry coming into Thursday was that his players might be distracted by their return. But again, they seemed right at home making 51 percent of their shots from the Breslin floor – including 56 percent of their tries from 3-point range. 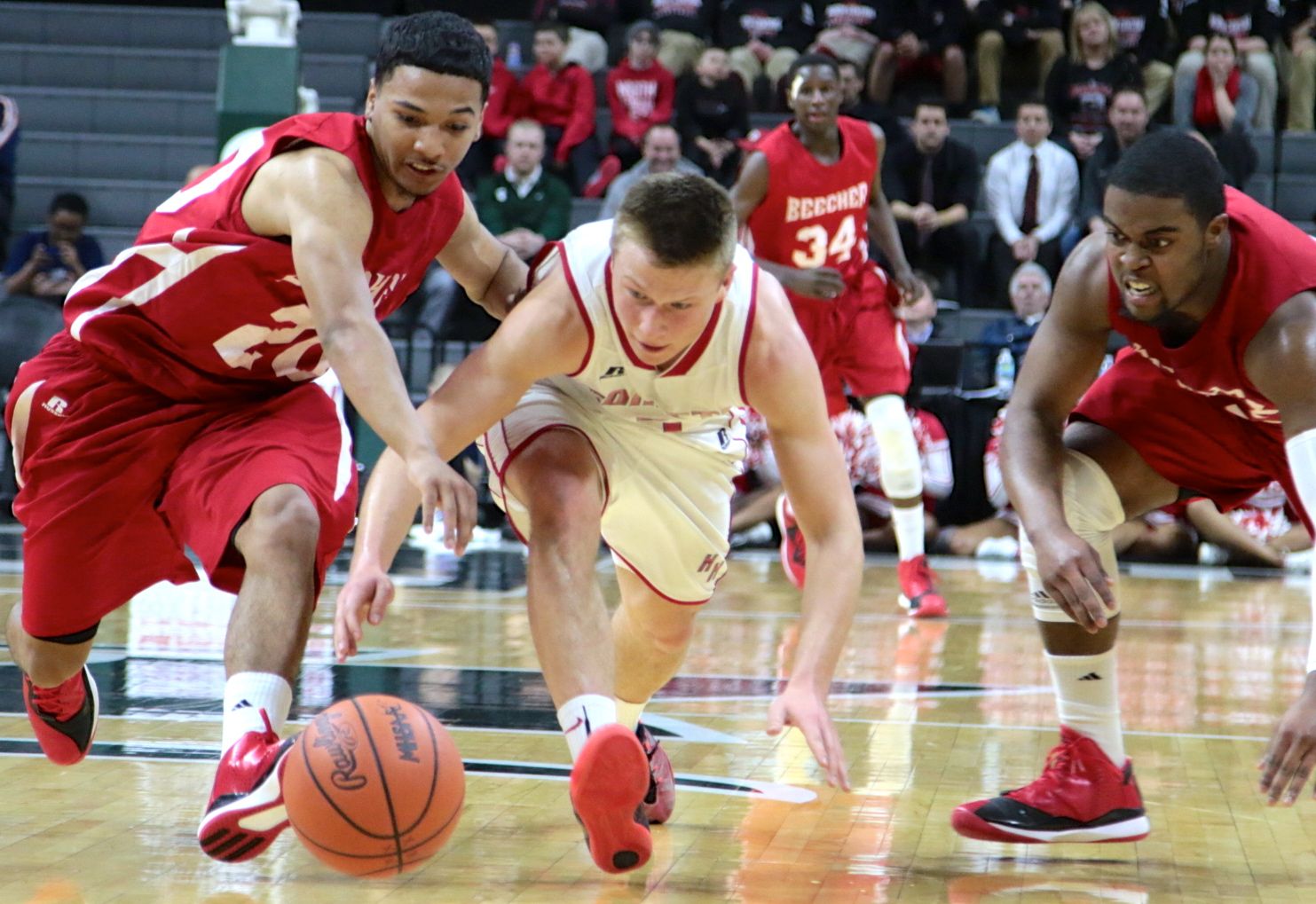 Beecher scored 27 points off turnovers and outscored Hanover-Horton on the break 11-0, taking advantage of 21 turnovers brought on in part by the defensive press.

That all has been part of the plan for getting back to Breslin – Williams puts his players through practices where they run to exhaustion first, and then scrimmage, to prepare for championship-caliber pace.

The Bucs set it Thursday.

“There have been some days when … these guys wanted to strangle me,” Williams said. “But to get to this point, I told them if they can’t handle me in practice, when the pressure is on in games, they won’t be able to handle it. … I like to think that’s what got these kids over the top.”

Junior forward Preston Laketa had 17 points and 10 rebounds for Hanover-Horton (24-2), which did outscore Beecher 30-27 during the second half.

The Semifinal was the Comets’ first since 2003, and Beecher was the fourth ranked opponent they’d faced this tournament. Hanover-Horton, No. 8, beat No. 4 Hillsdale, No. 6 Jackson Lumen Christi and No. 9 Monroe St. Mary Catholic Central during the run.

“(The first half) was probably the worst half of basketball we’ve played, and I know they had a lot to do with it,” Hanover-Horton coach Chad Mortimer said. “We started off with turnovers, didn’t take a shot for a few minutes. … It was over quick.

“We ran into some really good teams along the way in the tournament, but we ran into a buzz saw today that was on top of their game, and we weren’t.”